A new Leger poll suggests Canadian confidence in COVID-19 vaccines is holding firm despite swirling confusion and concern about the safety of the Oxford-AstraZeneca vaccine.

It also suggests Canadians are largely open to the idea of vaccine passports but support them more for travel than for everyday activities like dining out or going to a concert or shopping mall.

Leger surveyed 1,529 Canadians online for the poll between May 7 and May 9. It cannot be assigned a margin of error because internet-based polls are not considered random samples.

More than eight in 10 Canadian respondents said they are either vaccinated already or plan to be when it’s their turn, almost identical to the number who said that in a similar poll taken a month ago.

It’s up from six in 10 people last October, and seven in 10 in January.

“Pretty much every government in the Western Hemisphere would be happy if 82 per cent of adults did get vaccinated,” said Leger executive vice-president Christian Bourque.

Almost 40 per cent of Canadians have now been vaccinated with at least one dose, and government officials have said at least 75 per cent need to be vaccinated to get close to herd immunity against COVID-19.

That overall confidence in the vaccine comes despite the potential link to a rare but serious blood clotting syndrome from AstraZeneca and Johnson & Johnson. In the two weeks before the poll was taken, 12 Canadians were diagnosed with VITT, and three of them died, out of more than two million people vaccinated with AstraZeneca.

The National Advisory Committee on Immunization recommended April 23 that people at low risk from COVID-19 wait to get vaccinated until they can access Pfizer or Moderna rather than get AstraZeneca immediately. They said the same thing about J&J on May 3. 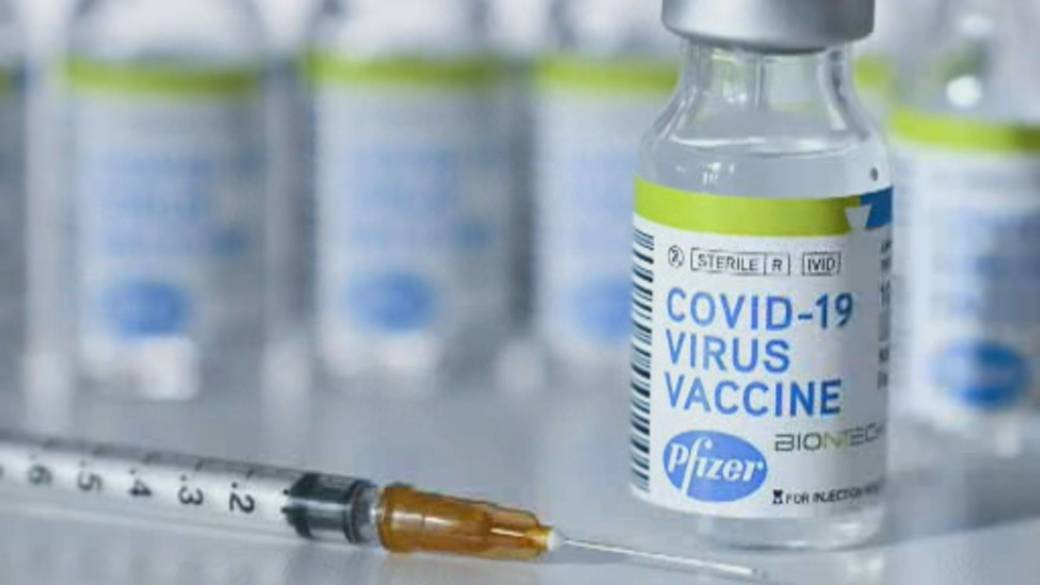 Confidence in those vaccines is down following those remarks.

More than eight in 10 people surveyed said they trust Pfizer-BioNTech and Moderna, which aren’t linked to the clots at all. Comparatively fewer than half those surveyed expressed trust in AstraZeneca or J&J.

A month ago almost seven in 10 Canadians had confidence in J&J and a little more than half in AstraZeneca.

The vast majority of Canadians won’t have to worry about it, however, as about 85 per cent of vaccine doses given out as of May 1 were Pfizer or Moderna, and more than 88 per cent of doses expected in the next two months are the same. All Canadians over the age of 12 should have access to their first dose before the end of June.

The poll also suggests almost three-quarters of Canadians want a vaccine passport to be given out for free once they’ve been inoculated.

But support for such passports varies depending on how they are to be used.

About eight in 10 support them being required for domestic or international travel, compared to about six in 10 who think it’s OK for the government or business owners to require vaccine passports for everything from going out for dinner, to taking in a concert or a hockey game, or getting your hair done.

Only half said they think store owners should require them for non-essential retail shopping.

Support for vaccine passports overall is lowest in Alberta, at just over 50 per cent, and among people under 55.

The Canadian government has said it will align with international allies on a system for providing proof of vaccination status but Prime Minister Justin Trudeau has been very unenthusiastic about the idea of using vaccine passports for activities within Canada.

Bourque said support is also lowest for the idea of governments not allowing people to work in health care or other government jobs unless they get vaccinated.

“You can’t deprive somebody from making their living … I think that’s where Canadians seem to be setting the limit,” he said.

Previous articleThe Edmonton Oilers tune up for the playoffs with 4-3 OT win over Montreal: Game Grades
Next articleCOVID-19 vaccinations could start for U.S. kids aged 12-15 this week