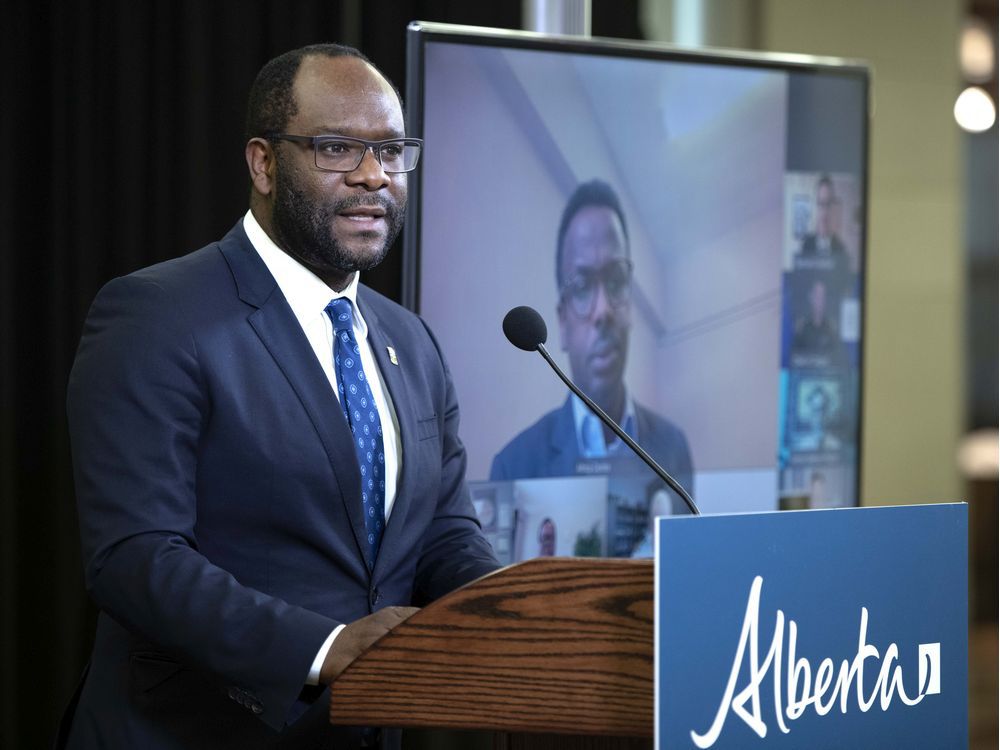 On Thursday, UCP Justice Minister Kaycee Madu announced plans to create a provincial Hate Crimes Coordination Unit, modelled after other integrated provincial law enforcement agencies. It is one of two new justice system entities Alberta announced in the wake of the killing of a Muslim family in London, Ont., which police say was hate-motivated.

The Alberta unit will be made up of civilians and law enforcement with the tools to investigate, enforce and prosecute hate-motivated incidents, Madu said. The NDP proposed a similar unit in 2018 following a report commissioned after the 2017 attack on a Quebec mosque, but the agency was ultimately never created.

“The goal here is to gather intelligence that will help us prevent hate-motivated violence before it occurs,” Madu said.

In the event that violence does occur, “we have the tools to be able to successfully prosecute (it).”

Canada has seen in increase in hate-motivated incidents during the COVID-19 pandemic, particularly against Asian communities.

Between December and April, Edmonton saw a string of assaults, all of which police say involved anti-Muslim or anti-Black racism.

Meanwhile, there were two incidents in May in which rural Alberta landowners flew Hitler Youth and Confederate flags, though neither display was ultimately deemed criminal.

Madu theorized that the COVID-19 pandemic may be driving the increase in apparent hate-motivated incidents, but stressed “there is no justification whatsoever for hate-motivated attacks on people who look different than us, who practise their faith differently, or who come from other minority communities.”

Madu did not yet know how many people will be assigned to the the hate crime unit.

As for funding, Madu said money will come from existing budgets, but that he is committed to seeking additional funding from the treasury branch if needed.

Madu also announced the creation of a community liaison on hate crimes, an adviser based out of the ministry of justice. That person will consult with ethnic, religious and LGBTQ communities, as well as the Anti-Racism Advisory Council, “about what more we can do to ensure that we are addressing issues of hate crime in a comprehensive manner,” Madu said.

“At the end of the day the question for us is how do we assure minority, cultural and Indigenous communities in this province that they are going to be safe,” he said.

Postmedia has reached out to the Alberta NDP for comment.

A news release said both entities are “in the early stages of development” and that updates are expected in the coming weeks.

Previous articleEdmonton city councillor Mike Nickel again found in violation of code of conduct, facing sanction hearings for recommended censure
Next articleTwo deals Ken Holland never made the Edmonton Oilers — and what they say about him