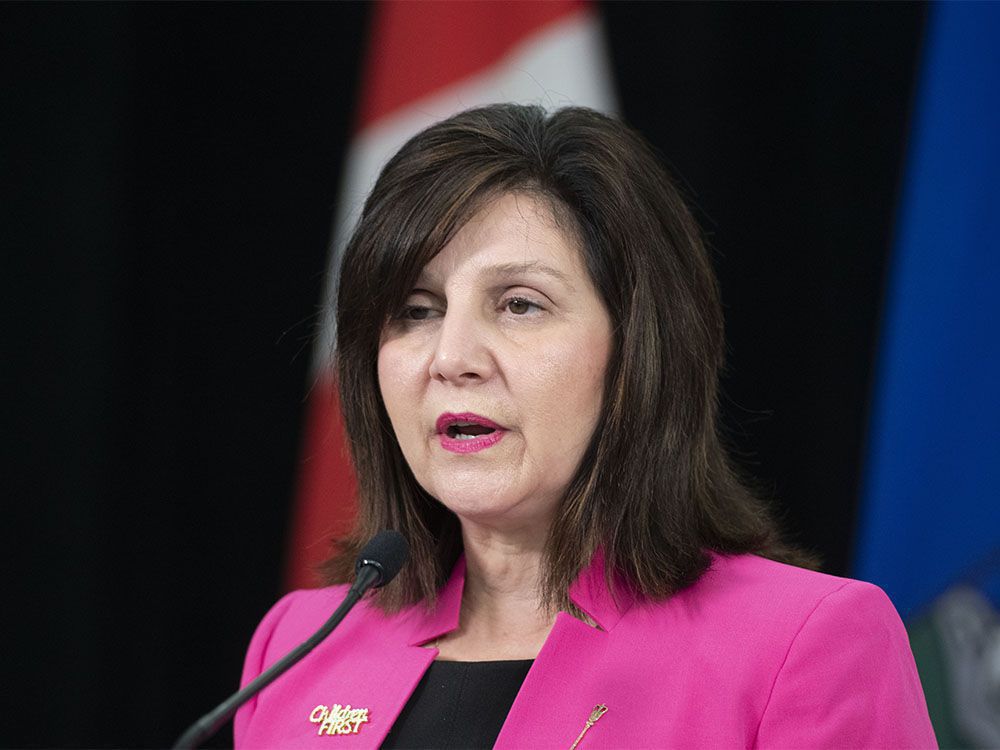 Alberta has released the details of a new draft K-6 curriculum that will replace some programs of study that are more than 30 years old.

Education Minister Adriana LaGrange introduced the plan Monday, which notes a focus on financial literacy, computer science and the idea of sexual consent beginning in the early grades.

First Nations traditions and creation stories will be covered in Kindergarten, but students won’t learn about treaties until Grade 4 and residential schools until Grade 5.

The revised curriculum comes after work started by the former NDP government was taken over by the UCP government.

The UCP government appointed a new panel of advisors that has been criticized for a lack of diversity. Member Chris Champion’s dismissals of the inclusion of First Nations perspectives in classes has also drawn fire, and experts have denounced earlier drafts of the social studies and fine arts curriculum as racist.

A working group of teachers and subject matter experts was replaced last fall.

The draft is now online for Albertans to provide feedback until spring 2022.

It will be piloted in some classrooms beginning in September, with $6 million set aside for resources and teacher professional development. It’s set to be rolled out province-wide in September 2022.