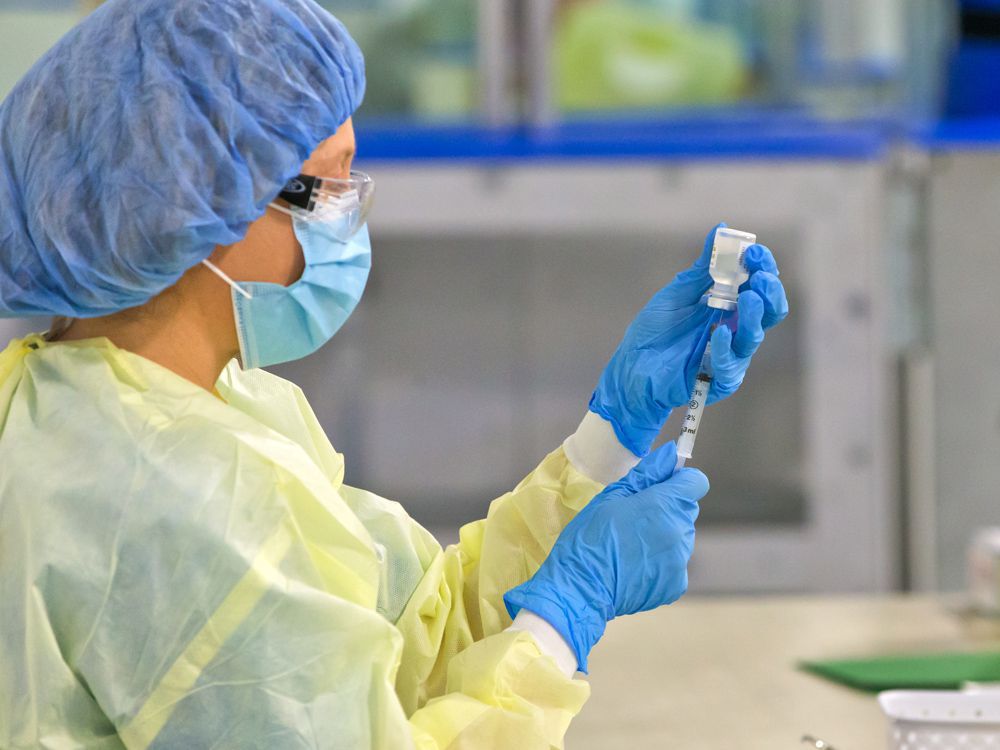 Alberta reported 100 new cases of COVID-19 Sunday as second dose vaccinations across the province continue to account for most of the daily vaccine doses administered.

As of Sunday’s update, the province had administered a total of more than 3.78 million doses, with 70.6 per cent of eligible Albertans having received at least one dose — up from 70.4 per cent the day before.

The province had administered almost 52,000 new doses, including 45,160 second doses and 6,675 first doses. That continues a trend of second doses outpacing new first doses per day that began in early July.

The latest statistics come after the province announced Friday it would accelerate the pace of second doses for those who received their first shot in May. On Saturday evening, Premier Jason Kenney tweeted that 250,000 Albertans had booked their second dose since Friday.

On Sunday, Kenney also posted on social media that the province had just 89 new COVID-19 cases on Saturday. Alberta’s chief medical officer of health Dr. Deena Hinshaw later clarified with a tweet that 89 of the 100 cases reported Sunday were new, while 11 were probable cases that have since been confirmed.

The total number of active COVID-19 cases continues to decline across the province, with 2,127 active cases, down from 2,170 in Saturday’s update. Of the latest cases, 404 were in the Edmonton zone, compared to 1,005 in the Calgary zone.

The province completed 4,878 tests for a positivity rate of two per cent.

The province has identified 99 new cases of COVID-19 variants of concern. There are 1,553 active variant cases across the province, the majority of which are the B1.1.7 variant first identified in the U.K.

There are 214 COVID-19 patients in hospital, including 53 in intensive care units.

After hitting the first dose vaccination threshold of 70 per cent last week, the province will lift almost all of its public health restrictions on Canada Day.

Hinshaw is expected to deliver an in-person update in the coming week.