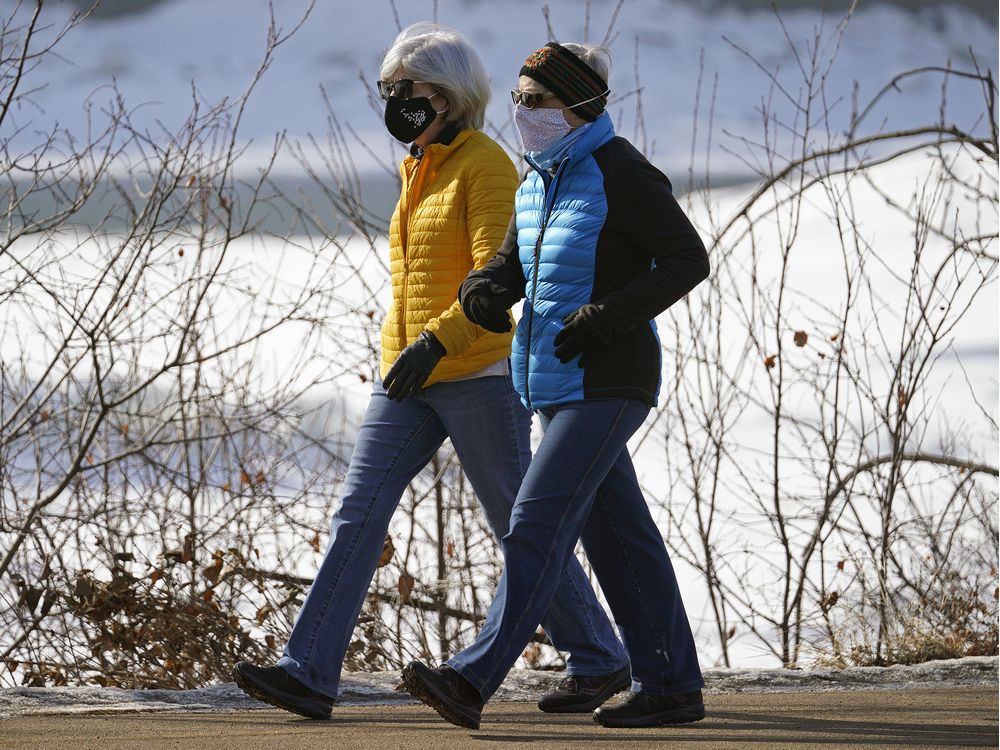 Because of system upgrades, the province only provided preliminary, summary case information on Sunday.

Of the 54 variant cases reported Sunday, 51 are the B.1.1.7 variant first found in the United Kingdom, and three were the B.1.351 variant first identified in South Africa. Cases involving variants of concern now total 653.

Since the previous update, 8,100 lab tests had been completed, for a positivity rate of about four per cent.

In Alberta, 290,391 doses of COVID-19 vaccine have been administered, an increase of 7,717 from Saturday. There are 90,937 Albertans who have been fully immunized with two doses.

Dr. Deena Hinshaw wrote on Twitter that vaccines save lives. “I encourage everyone to get immunized when it’s your turn,” she wrote.

Hinshaw will return to her regular live update on Monday.

On Saturday, the province reported 341 new cases and 4,649 active cases of COVID-19, with 247 people in hospital, including 42 in intensive care. In the Edmonton Zone, which includes the city of Edmonton and surrounding municipalities, there were 1,154 active cases.

The one death reported Saturday brought the provincial death toll to 1,914. The latest death was a woman in her 80s linked to the outbreak at Aspen House in the Edmonton Zone.

As of Saturday, the province’s first COVID-19 variant outbreak at a seniors’ facility had 37 cases, up from 31. Of the cases at Churchill Manor in Edmonton, 36 are active and 1 recovered, according to Alberta Health spokesman Tom McMillan. Twenty-nine of the COVID-19 cases are variants of concern.

Also on Saturday, Hinshaw, said on Twitter that the number of active cases in school-aged Albertans has “declined significantly” since classes resumed Jan. 11.

“Health officials have not required any school closures to date, though sometimes operational decisions can be made by a school authority,” Hinshaw said, adding there has been a small increase in cases among those aged five to 19.

“That’s why we all must do our part to keep COVID-19 out of schools,” Hinshaw said.

According to a letter sent to parents on Friday, in-person learning may resume March 17. Bowness principal Jana Macdonald said “a number of cases in a short time frame” and “operational capacity challenges” led to their decision to temporarily close the school.