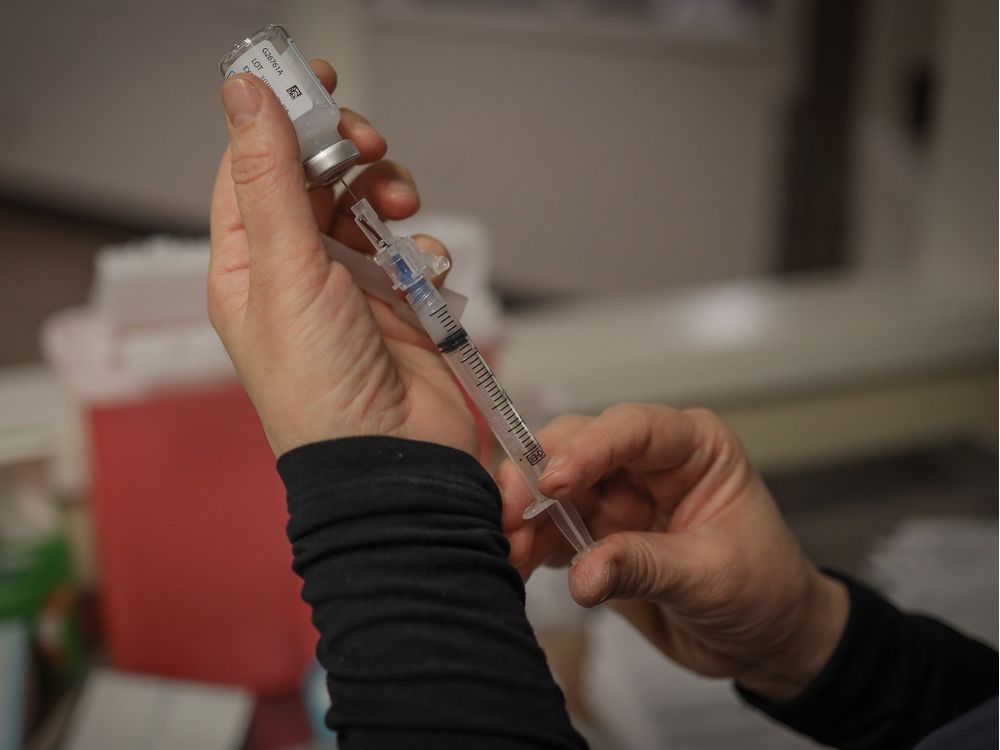 Albertans have the least confidence in their provincial government’s ability to distribute COVID-19 vaccines to the general public, according to a national survey conducted by Leger.

Only 36 per cent of Alberta respondents said they have confidence in the province’s plan to get everyone a vaccine who wants one by September. The Prairie provinces of Manitoba and Saskatchewan follow in uncertainty with 48 per cent confidence in the survey released Monday.

While the overall confidence in Canadians rose since the last survey in mid-February to 54 per cent from 44 per cent, Alberta didn’t see the same increase. Confidence in the Alberta government’s plan dropped to 36 per cent from 43 per cent in the two-week period. The survey was conducted Feb. 26-28, just days after the province launched phase 1B of the vaccine rollout making seniors born in 1946 or earlier eligible to be inoculated.

Leger Western Canada executive vice-president Ian Large said a lack of confidence in the federal government to obtain the necessary amount of vaccines, after significant supply disruptions, is likely bringing down support for the province’s plan. Repeated news conferences from Premier Jason Kenney and Health Minister Tyler Shandro calling on the federal government to increase the supply of vaccines could be impacting the confidence of Albertans, Large said.

“What I think is driving the lower confidence in Alberta is that we don’t have confidence in the federal government to do what they say they’re going to do in terms of purchasing the right number of vaccines and getting them here,” he said. “I think Albertans are relatively confident in this government’s ability to deliver if we have the right number of vaccines. The thing that really surprises me is the Alberta plan is probably one of the most fleshed out across the country, which I think is really interesting. So really the sticking point is not about the distribution plan, it’s about the supply.”

Across the country, 56 per cent of Canadians have confidence in Ottawa’s ability to purchase the vaccines while Albertans ranked the lowest at 43 per cent. Only 10 per cent of Albertans said they are very confident in the federal plan to get enough vaccines by September, compared to a high of 20 per cent in the Atlantic provinces.

As of Feb. 28, 88,145 Albertans have been fully vaccinated and 235,508 doses have been administered. Alberta intends to move to Phase 2 of the rollout in April, starting with all Albertans aged 65 or older and First Nations, Inuit and Métis residents age 50 and up.

Even when they are available to the general public, Alberta continues to lead the way for residents not wanting to receive the vaccine. About 20 per cent of respondents said they don’t want to be vaccinated, compared to the national average of 15 per cent. But only nine per cent of Albertans said they believe the vaccines to be dangerous, on par with the national average and behind Ontario, which led the way at 12 per cent.

“Vaccine hesitancy is a very complex problem, it isn’t necessarily just an education thing, it’s not a trust thing, there’s a bunch of other issues,” Large said. “It’s unclear why we’re a little bit behind but it’s not outrageously behind. We’re a little bit behind the rest of the country, but not so dramatically that it would be a real concern for public health issues.”

The survey was based on a sample of 1,532 Canadians, 132 in Alberta, and doesn’t have a margin of error as a non-probability sampling.

Previous articleU.S. will have enough coronavirus vaccines for all adults by May, Biden says
Next articleAlex Chiasson suspended a game for cross check