Americans in D.C. not feeling celebratory or charitable despite COVID-19 vaccines

This might make Canadians jealous of their American cousins for the first time in a while: the lineup Friday outside a downtown Washington D.C. Apple Store was longer than at one of the city’s largest COVID-19 mass-vaccination sites.

Getting the shot at the nearby Walter E. Washington Convention Center — all D.C. residents over 16 are now eligible — took people only about 20 minutes, with some recipients displaying their ‘I Got Vaccinated’ stickers or telltale Band-Aids as they emerged.

Access to the vaccine in the United States is growing by the day. But the country that just months ago was the international poster child for how not to respond to a pandemic still doesn’t seem to be in a celebratory — or charitable — mood.

Brown, who has endured multiple back surgeries, described himself as “terrified” for the bulk of the last 14 months, which he has spent mostly sheltering in place within the safety of his home in the national capital.

“Until we all, together, participate in lowering the risk for everybody, it’s going to continue.”

Clad in a black Roots sweatshirt with a Canada badge on the shoulder — “I love Toronto; it’s my favourite city,” he said — Brown grudgingly acknowledged that the vaccine rollout in the U.S. has been worthy of envy in other parts of the world.

“It’s better than it was in Toronto, but it’s still not where I would like it to be at,” he said.

In Canada, where the per-capita rate of new COVID-19 cases now exceeds that in the U.S. for the first time, people are getting a first-hand sense of what life south of the border was like in 2020. 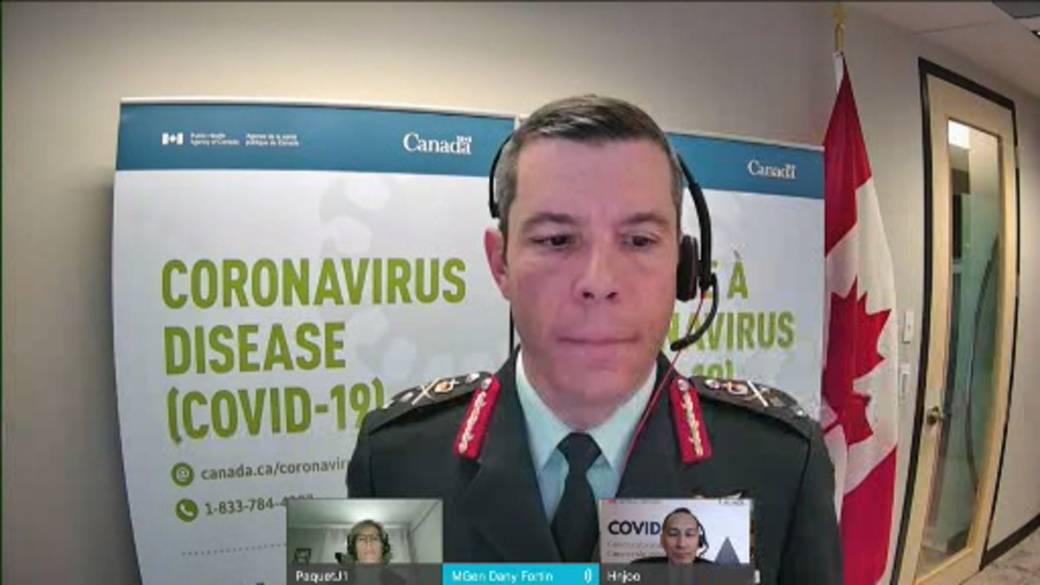 Ford, facing projections that new COVID-19 cases could exceed 15,000 a day by June without drastic action, also gave police and bylaw officers the power to stop motorists and pedestrians to ask them where they live and why they’re not at home. Furious backlash prompted the province to walk those measures back a day later, saying officers were empowered to stop only those they have reason to believe are taking part in an “organized public event or social gathering.”

Brown — asked if he supports the White House position of ensuring Americans get vaccinated before the U.S. shares its vaccine supply more generously around the world — was unmoved and unequivocal.

“Absolutely. Absolutely,” he said. “Without question.”

That sentiment is striking in a city as liberal as Washington, D.C., and helps to explain the politics behind U.S. President Joe Biden’s early ‘America First’ approach to deploying the country’s substantial vaccine muscle.

The Biden administration has since started using the rhetoric of vaccine diplomacy. It has shared four million Oxford-AstraZeneca doses — “loaned” is the White House language, reportedly to avoid violating its contractual obligations _ with its immediate neighbours, including 1.5 million shots for Canada.

Broader U.S. ambivalence about vaccines, face masks and the COVID-19 crisis writ large is also part of the challenge for American public health officials, who confront residents almost daily with a clear, unambiguous message: we’re not out of the woods yet.

While more than one-third of the U.S. population — some 125 million people, nearly half the country’s adults _ have received at least one vaccine dose, hospital admissions, hospitalizations and deaths are all on the rise, said Rochelle Walensky, the director of the Centers of Disease Control. 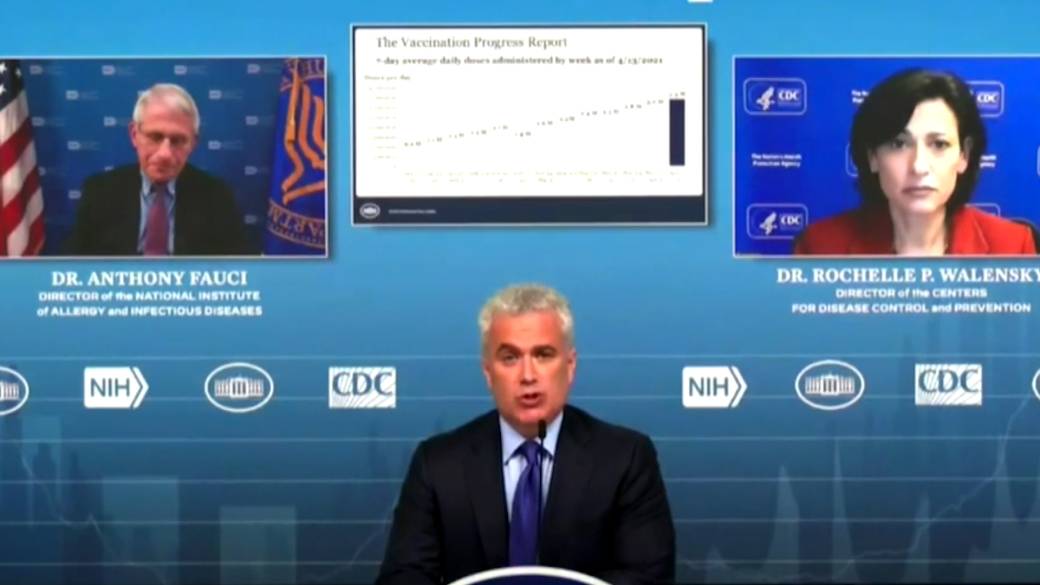 “I am proud of the progress we’ve made,” Walensky told a news conference Friday.

“But we must continue to get many more people vaccinated. The increasing trends in cases, hospitalizations and deaths are very concerning, and they threaten the progress we’ve already made.”

That progress has been substantial enough that the White House COVID-19 task force is now setting its sights on tackling the dangerous variants of the virus that have opened up several new fronts in the fight against the pandemic.

The Biden administration is spending $1.7 billion to expand the ability of the CDC, as well as state and local public health agencies, to use genomic sequencing to more effectively and efficiently identify, trace and track viral mutations.

It’s a stark contrast with Canada, where just securing vaccine doses has been an uphill climb.

Massachusetts-based Moderna Inc. delivered a blow Friday with the news that its promised shipment of 1.2 million doses by the end of the month would be slashed to only 650,000, thanks to ongoing problems with its European supply chain.

As many as two million of the 12.3 million doses due Canada in the second quarter of the year may not arrive until the third quarter, the company also said.

Supplies of Moderna for the United States are not affected.

Ottawa has, however, secured an additional eight million doses of Pfizer’s vaccine, to be delivered over the summer, starting with four million shots arriving next month. And 300,000 shots of the single-dose Johnson & Johnson vaccine are expected by month’s end.

“I’m not really sure what’s holding up things in Canada,” said Jacques Page, a D.C. accountant fresh off his first dose of Pfizer’s vaccine. 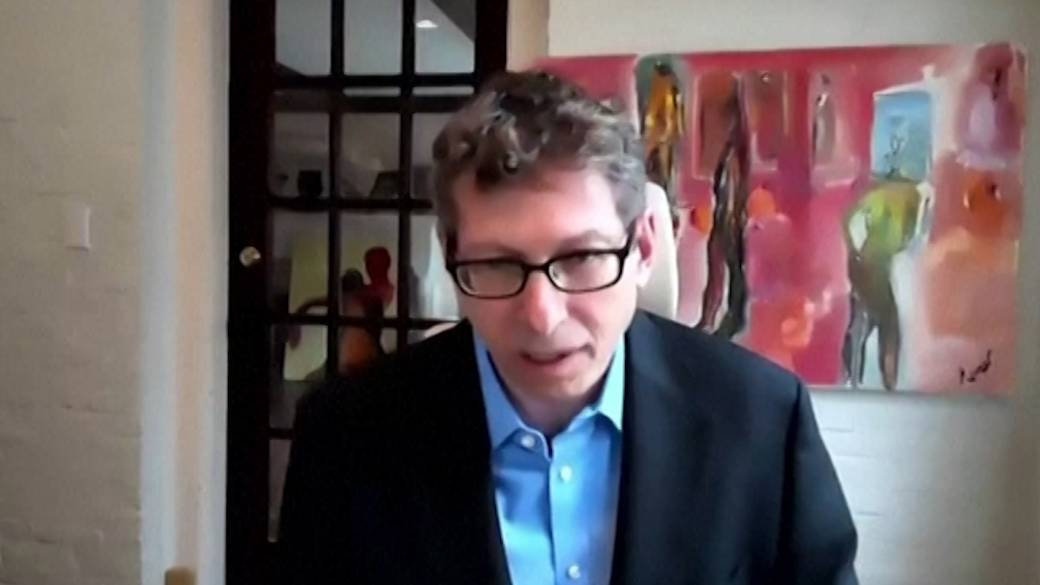 1:37
Moderna says booster shot against COVID-19 variants could be ready by year’s end

“I was under the impression they would likely be doing better than we were.”

Perhaps it’s time, Page said, that the U.S. was more generous with its AstraZeneca stockpile, a vaccine cleared for use in Canada but yet to receive approval from the Food and Drug Administration.

Then again, persistent concerns about an exceedingly rare incidence of blood clots in people who received the AstraZeneca or J&J vaccines, the latter of which is currently paused in the U.S. pending further review, could be a problem.

“You know, I had mentioned to a friend a couple weeks ago that we’re just sitting on the AstraZeneca; maybe they could send it off somewhere where it could be utilized,” Page said.

“But now, it’s, well, even if you send it off to another country, will they use it?”