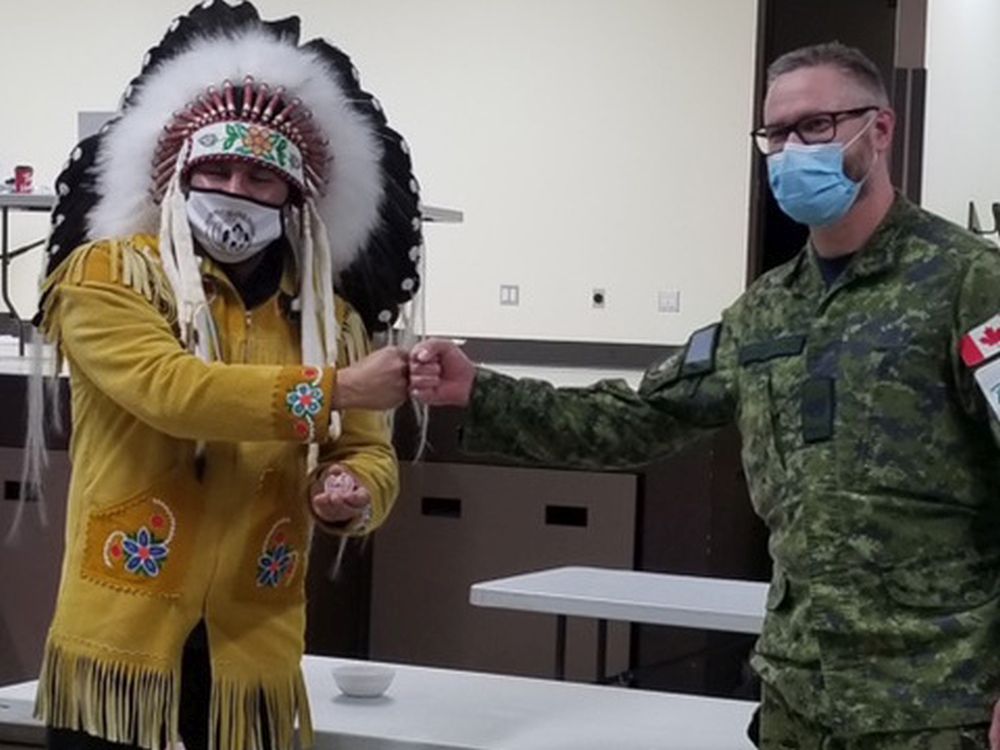 An Edmonton-based soldier says a November deployment to a COVID-19-ravaged seniors home in northern Manitoba was an “eye-opening” experience for his team.

Master Warrant Officer (MWO) Tim Stackhouse was part of a team sent from Canadian Forces Base (CFB) Edmonton to Opaskwayak Cree Nation near The Pas in Manitoba to provide support at the Rod McGillivary Memorial Care Home where all 28 residents contracted COVID-19. Stackhouse’s team, made up of nine medical technicians and three nurses, assisted the care home’s staff after several of them contracted the virus and needed to isolate.

Stackhouse said it was a new experience for the medics in the group, who are trained as paramedics and typically work on soldiers who are fit and generally between the ages of 18 and 60.

Heading into a facility where every resident had contracted COVID-19, he said the team was confident in their training, as well as their PPE usage, to keep them safe while they were in an outbreak setting.

Stackhouse spent a week in the community until the facilities staff were able to return to work.

Military teams have made headlines throughout the pandemic as they have been sent into care homes across the country to provide support in the hardest-hit communities. Stackhouse said CFB Edmonton teams have recently been sent to five different communities to provide assistance.

Outside of a stint supporting flood-fighting efforts in Manitoba, Stackhouse said he has deployed abroad twice in the past decade. But this latest deployment was the first time he has provided direct, first-hand support to Canadians, rather than supporting Canadian interests abroad.

“It’s humbling to actually be serving Canadians. As I said, you know, going into their community, and your sole purpose is to serve, to serve them,” said Stackhouse.

Stackhouse said he wasn’t able to comment on any future deployments but he did mention there were members currently in Ontario where they are currently dealing with large numbers of COVID patients becoming hospitalized.