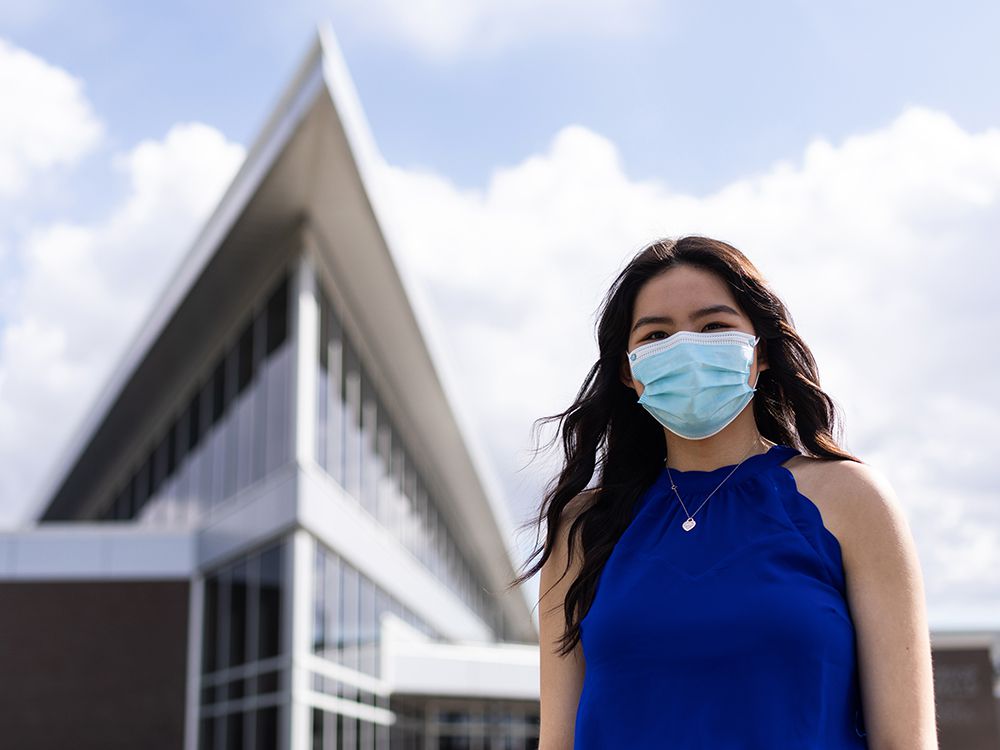 An Archbishop MacDonald High School student has won the Schulich Leader Scholarship for the fourth year in a row.

The $100,000 and $80,000 entrance scholarships were awarded to 100 high school graduates this year, enrolling in science, technology, engineering or mathematics (STEM) undergraduate programs at 20 partner universities across Canada.

Jennifer Huynh was selected by the scholarship committee at Archbishop MacDonald in recognition of her outstanding academic and extracurricular achievements. She said she’s always been interested in the field of STEM.

“I fell in love with STEM because I started to realize how prominent it is everywhere and all the incredible things that it can do for the world,” she said. “Because of technology we can deepen our understanding of the universe and how it behaves and I think because it’s just so deeply embedded into society there’s so many possibilities for it to improve the world’s future.”

Part of why Huynh was recognized with the scholarship was for her volunteer work. She worked with the Somali Canadian Cultural Society of Edmonton, helping to organize free virtual workshops about finance, law, business and healthcare to more than 360 participants.

Huynh and her family immigrated to Canada from Vietnam when she was younger and now she wants to give back to her community by helping other newcomers access education, and encourage STEM learning among youth.

“I ended up programming an interactive computer game called ‘Ready Set Math’ for students in an after school program and day camp to practice mathematics and track improvement in a fun way.”

Huynh said she was awarded the $80,000 scholarship from three different schools, but the University of Alberta, where she’ll be studying mathematical physics this fall, was her first choice.

“Ultimately I just wanted to stay close to my family because l’m super connected to my family. My parents, they’re my biggest inspiration and I also just hope to be a good role model for my little sister as well.”

Huynh said she’s interested in quantum computing and accelerated technology but wants to keep her career options open once she completes post-secondary.

“The biggest hope with my career is to just find a way to better life for people and create positive change through STEM.”

The more than $100 million Schulich Leader Scholarship fund was established by businessman and philanthropist Seymour Schulich in 2012. Students are nominated based on academic excellence in STEM, entrepreneurial leadership and financial need.