The Minnesota Court of Appeals on Tuesday heard arguments over Enbridge’s Line 3 replacement project in northern Minnesota, which opponents are calling unnecessary due to an eventual decline in the demand for oil.

The Minnesota Department of Commerce, along with the Red Lake Band of Chippewa, the White Earth Band of Ojibwe and several Indigenous and environmental groups, argued before the three-judge panel that Enbridge failed to show long-term need for the Line 3 project. The state’s independent Public Utilities Commission granted the company a certificate of need after Enbridge demonstrated demand to transport crude oil, not demand for the crude oil itself, said Katherine Hinderlie, an attorney for the Commerce department,

“The demanders of crude oil are refineries, and therefore the department believes you should look to refinery demand for crude oil,” Hinderlie said. “Space on the pipeline is driven by oil producers’ desire to sell and ship as much oil as they can.”

The Calgary-based company broke ground on the replacement pipeline in December after receiving a construction stormwater permit from the Minnesota Pollution Control Agency, its final permit after years of pursuing approval for the US$2.6-billion project. The PUC denied motions by the tribes to put a pause on the project and reconsider their approval, and the appeals court last month denied their request to halt construction on the project.

PUC attorney Jason Marisam said the commission has a different definition for demand than the department. Judges Lucinda E. Jesson and Paul M. Reyes Jr. — both appointees of former Democratic Gov. Mark Dayton — questioned why it appears that projections for how much oil would come through the pipeline through 2035 were being used to determine demand.

“I really struggle with seeing where the forecast is for demand in 15 years,” Jesson said. “When I looked at these reports and the data I expected to see not just high projections going to 2030 or pipeline capacity going to 2035, but actually… what’s the demand, and I don’t see any of that.”

Reyes said he shared Jesson’s concern about reliance on supply instead of demand, and questioned whether the commission used “stale data” to evaluate the pipeline’s potential environmental impact as climate change policy evolved in recent years. Christina Brusven, an attorney for Enbridge, argued the PUC did make those considerations, in addition to extra safety measures related to the pandemic.

Line 3 begins in Alberta and clips a corner of North Dakota before crossing Minnesota on its way to Enbridge’s terminal in Superior, Wis. The replacement segments in Canada, North Dakota and Wisconsin are already complete, leaving only the 542-kilometre stretch in Minnesota. Altogether Enbridge expects to spend US$2.9 billion on the U.S. portion.

Several protesters have been arrested in recent months for interfering with the project, which they say violates federal treaty rights and poses a significant threat of spillage into the area’s pristine waters.

Pipeline opponents put pressure on U.S. President Joe Biden to revoke a federal water permit for Line 3 after revoking the presidential permit for the Keystone XL pipeline that shut down construction on the project. Enbridge has said that decision will have no effect on Line 3 because it is already operating.

The Minnesota Court of Appeals is expected to issue a decision by June.

Watch below: Some Global News videos about the Line 3 pipeline project. 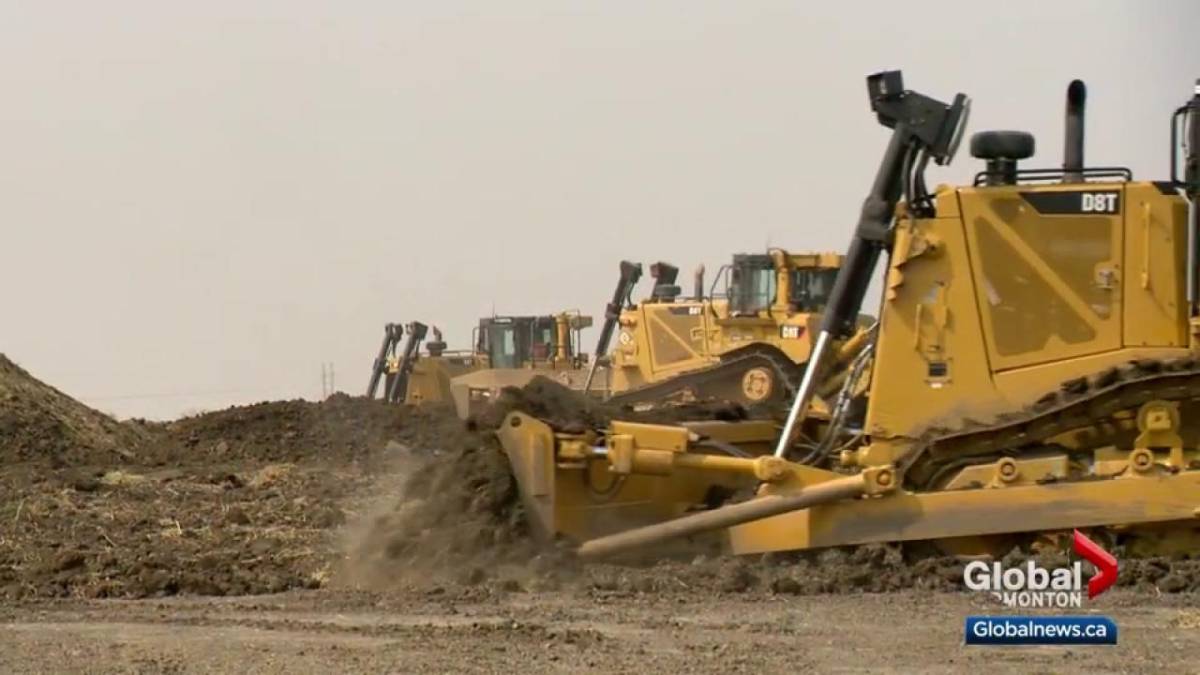