The shelves of Mohamed Ghodhbane’s souvenir shop in Old Montreal are full of the kinds of merchandise found in tourist-friendly places the world over: T-shirts, shot glasses, key chains, snow globes and novelty licence plates.

For more than a year now, he’s hardly been selling any of it.

While COVID-19 has devastated many sectors of the economy, few have been harder hit than the souvenir shop owners in Montreal’s Old Port, who depend almost entirely on a flow of tourists that has dried up.

Ghodhbane, who estimates his business is down 95 per cent, said he’s trying to stay upbeat. “It’s a little bit difficult these days, but we’re hoping for the best,” said Ghodhbane, who has run Noor Souvenirs for 15 years. “With the advancement of vaccines, the opening of the border, we think it will be OK. We keep up hope.”

Along the cobblestoned streets of Rue St-Paul, other merchants tell a similar story. Four souvenir shop owners or employees who spoke to The Canadian Press all said their sales have declined by between 90 and 95 per cent.

And while the province’s gradual reopening has given them a small measure of hope, they say business is unlikely to pick up until the borders with the United States and Ontario reopen and flights from Europe resume.

On a sunny holiday Monday — normally the start of a busy summer tourist season — Ali Hussain sat alone behind the counter of Souvenirs Caribou.

“Since they closed the border and flights and ports, since last March 2020, it’s a struggle,” he said. “Without the government assistance, it would have been impossible.”

Even with subsidy programs that pay the bulk of his rent, he said making up the part that remains is hard when his sales are zero many days. 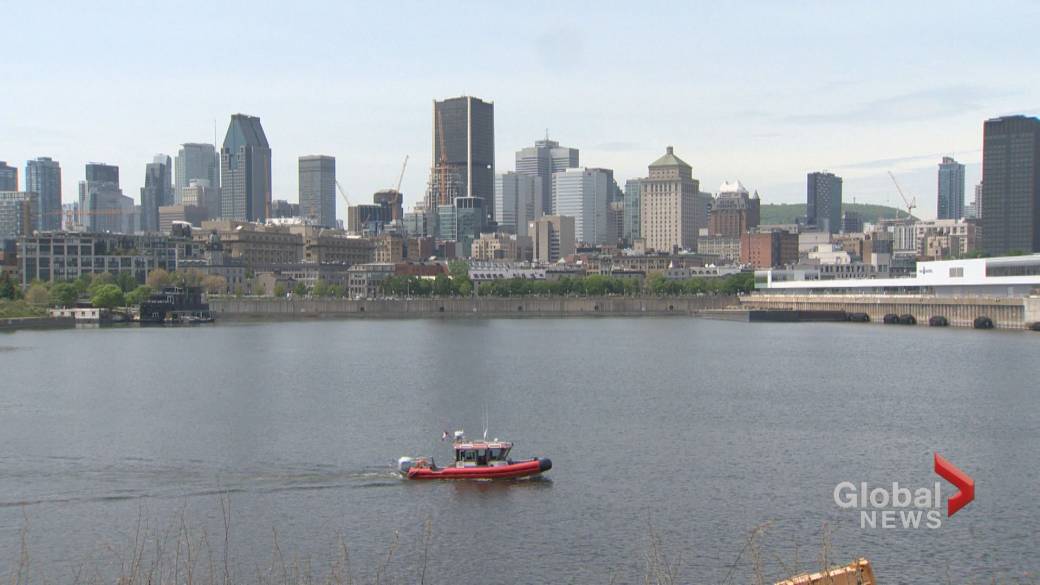 2:06
COVID-19: Summer could be the start of economic rebound for Montreal

COVID-19: Summer could be the start of economic rebound for Montreal

The Quebec government will implement the first stage of its reopening plan later this week, which will include removing an overnight curfew and allowing restaurant patios to reopen.

Hussain says he’s happy for the restaurant owners but doesn’t think it will help his business. “That’s for the local people, we don’t expect it’s going to be a big deal for souvenir stores,” he said.

Even some of the Old Montreal art stores that carry more upscale items have been unable to attract much demand from local buyers, owners and employees say.

In the historic Bonsecours Market, Jerry Joseph’s contemporary art store MTL Decor is one of the few that is open. Joseph said the market normally sees traffic from tour groups and cruise ships that bring thousands of people to his store.

Now, there are only local people passing by, and he says most of them are looking, not buying.

“Locals don’t shop in the Old Port,” he said.

Unlike Hussain and Ghodhbane, Joseph said he’s not eligible for many government aid programs, because he says merchants in the market convinced the city to suspend rent payments until new terms can be negotiated.

He’s surviving on online sales, most of them from the United States. He used to have two employees but was forced to lay them off and work the store alone.

Back in March, Montreal and the province announced a $25 million plan to help relaunch the city’s core areas, including free parking, entertainment, looser rules for patios and subsidies for businesses.

READ MORE: Quebec kids 12 and older can now book to get their COVID-19 vaccine shot

While the owners who spoke with The Canadian Press say they appreciate all the aid they’ve received, they believe the only thing that will really help will be the easing of border restrictions.

And even when that happens, Ghodhbane knows the tourists won’t be back right away, which has him considering leaving the business altogether.

“’Yes I have hope, but (leaving) is in my head,” he said. “The decision isn’t easy, because when you’re young you can change easily, but at a certain age, it isn’t easy.”

Although Pfizer says such incidents are rare, the U.S. CDC advises reinfected COVID patients to isolate for five days even after treatment.
Read more

The products, which are available in the U.S. and the European Union, include 23 medicines and vaccines that treat infectious diseases, some cancers and...
Read more