The assassination of Haitian President Jovenel Moise drew shock and condemnation from leaders in Latin America, Europe and elsewhere on Wednesday, along with calls for calm and unity in the troubled Caribbean nation.

Moise was killed in an attack on his private residence early Wednesday, according to Haiti’s interim prime minister. First lady Martine Moise was shot in the overnight attack and hospitalized. It wasn’t immediately clear who was behind the assassination in a country that had grown increasingly unstable and disgruntled in recent years.

Colombian President Ivan Duque condemned what he called a “cowardly act” and expressed solidarity with Haiti. He called for an urgent mission by the Organization of American States “to protect democratic order.”

British Prime Minister Boris Johnson tweeted that he was “shocked and saddened at the death of President Moise.”

I am shocked and saddened at the death of President Moïse. Our condolences are with his family and the people of Haiti. This is an abhorrent act and I call for calm at this time.

“Our condolences are with his family and the people of Haiti,” he added. “This is an abhorrent act and I call for calm at this time.”

“I’d like to make an appeal for political unity to get out of this terrible trauma that the country is going through,” Sanchez said during a visit to Latvia.

The White House described the attack as “horrific” and “tragic.” 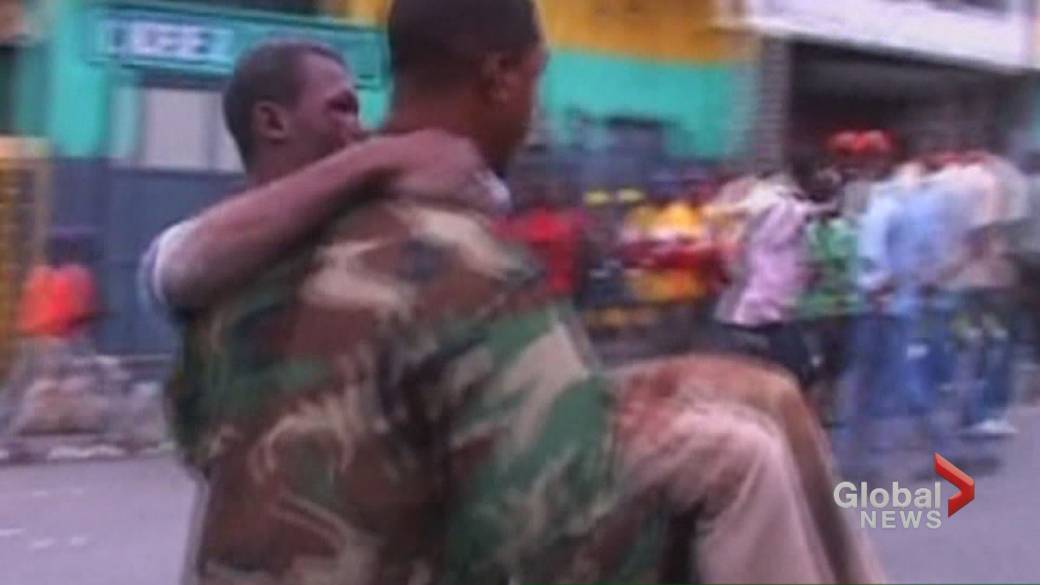 “It’s a horrific crime and we’re so sorry for the loss that (the people of Haiti) are all suffering and going through as many of them are waking up this morning and hearing this news,” Psaki said during a previously scheduled interview with CNN. “And we stand ready and stand by them to provide any assistance that’s needed.”

Taiwanese President Tsai Ing-wen offered her condolences in a statement on Twitter.

“We wish the First Lady a prompt recovery, & stand together with our ally Haiti in this difficult time,” Tsai wrote. Haiti is one of the few countries in the world that maintain formal diplomatic relations with Taiwan, which China claims as its own.

Previous articleMontreal Canadiens make way to stormy Tampa Bay for Game 5
Next articleEdmonton weather: The fog made it feel too spooky for July