Just over a year into the COVID-19 pandemic, Canada’s total number of confirmed infections surpassed one million on Saturday.

Canada is the 23rd country in the world to surpass a million confirmed cases, according to a worldwide tally of global infections by Johns Hopkins University.

Read more:
With COVID-19 variant cases on the rise, what do experts recommend?

The milestone was reached amid Canada’s struggles of trying contain a growing third wave of the pandemic, fuelled largely by more contagious variants of the coronavirus.

As of Thursday, a combined 11,652 cases of the three main variants of concern had been confirmed across the country. Most of those are the B.1.1.7 variant first discovered in the United Kingdom.

Health officials have warned the more transmissible variants have led to a dramatic rise in infections among younger Canadians, particularly in those aged 20 to 39.

The spread of the variants has led to a steady rise in the seven-day average of new cases. The average surpassed 5,100 on Thursday, the highest it’s been since late January — when cases were falling from the all-time high of nearly 8,900 earlier that month.

Over the past two weeks alone, cases have increased by more than 50 per cent, according to provincial data.

Hospitalizations have also been rising throughout March, approaching 2,500 nationwide by Friday. Like the new cases, those hospital admissions and even ICU stays are being driven by younger patients.

While some provinces have held steady in their hospital admissions, others — like Ontario — are nearing capacity, alarming experts.

“We are hitting the threshold where we won’t have enough people to care for patients,” she added, speaking primarily about Ontario.

Federal modelling released in late March shows the situation could get even worse even if public health measures are kept where they are, potentially surpassing 12,000 daily cases.

Ontario, Quebec and British Columbia this week announced sweeping new restrictions in the face of rising infections, which Hota said are needed across the country to combat a worsening wave.

The federal modelling also strongly suggested that the epidemiological curve can be levelled only if restrictions are tightened.

Yet provinces like Alberta and Saskatchewan have said they will not be rolling back their reopening plans, instead opting to either maintain or slowly loosen restrictions. 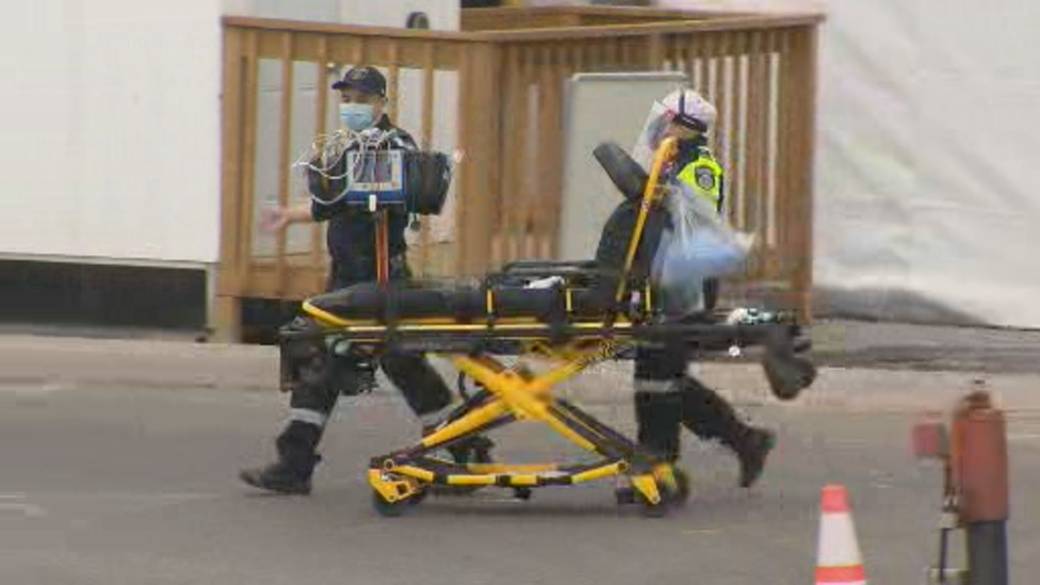 On the vaccination front, Canada is beginning to make noticeable progress.

The country’s top doctor Theresa Tam said last week that the declining rate of infection among seniors can be at least partially attributed to vaccinations of older people, who have been prioritized along with front-line workers.

The number of people vaccinated with at least one dose topped five million Thursday morning, leaving about 27 million people over 16 still needing a first dose. About 1.4 million doses are needed to add kids between 12 and 15, who should soon be eligible to get the Pfizer-BioNTech vaccine after a successful trial concluded this week.

Current projections are that Canada will receive between 32 and 36 million doses of Pfizer, Moderna and the Oxford-AstraZeneca vaccine before June 30.

Read more:
Over 5M Canadians given at least one COVID-19 vaccine dose as rollout picks up steam

Provinces and territories injected nearly 220,000 doses of vaccine Wednesday, besting their previous record of 217,000 set five days earlier. They averaged more than 185,000 doses a day over the last seven days, the highest seven-day average to date.

They will need to average somewhere between 310,000 and 330,000 doses a day to get one dose to all Canadians 12 years of age and older over the next three months.

Cases have also been rising globally after plateauing in February, mirroring the surge seen in Canada.

Over 683,000 new infections were reported around the world on Wednesday, according to Johns Hopkins, nearly doubling the daily counts seen just a month earlier.

To date, more than 130 million cases and 2.8 million deaths have been confirmed.

The United States continues to lead the world in both cases and deaths, with over 30.5 million infections and 550,000 fatalities.

— With files from Global’s Twinkle Ghosh, David Lao and the Canadian Press