U.S. President Joe Biden on Tuesday set a new COVID-19 vaccination goal to deliver at least one shot to 70 per cent of adult Americans by July Fourth as he tackles the vexing problem of winning over the “doubters” and those unmotivated to get inoculated.

Demand for vaccines has dropped off markedly nationwide, with some states leaving more than half their available doses unordered. Aiming to make it easier to get shots, Biden called for states to make vaccines available on a walk-in basis and he will direct many pharmacies to do likewise.

His administration for the first time also is moving to shift doses from states with weaker demand to areas with stronger interest in the shots.

Read more:
Fact check: A look at some of the claims Biden made during his 1st address to Congress

“You do need to get vaccinated,” Biden said from the White House. “Even if your chance of getting seriously ill is low, why take the risk? It could save your life or the lives of somebody you love.”

Biden’s goal equates to delivering at least the first shot to 181 million adults and fully vaccinating 160 million. It’s a tacit acknowledgment of the declining interest in shots.

Already more than 56 per cent of American adults have received at least one dose of a COVID-19 vaccine and nearly 105 million are fully vaccinated. The U.S. is currently administering first doses at a rate of about 965,000 per day — half the rate of three weeks ago, but almost twice as fast as needed to meet Biden’s target.

“I’d like to get it 100 per cent, but I think realistically we can get to that place between now and July Fourth,” Biden said of his new goal.

He said the administration would focus on three areas as it tries to ramp up the pace of vaccinations:

Acknowledging that “the pace of vaccination is slowing,” Biden predicted the inoculation effort is “going to be harder” when it comes to convincing “doubters” of the need to get their shots. 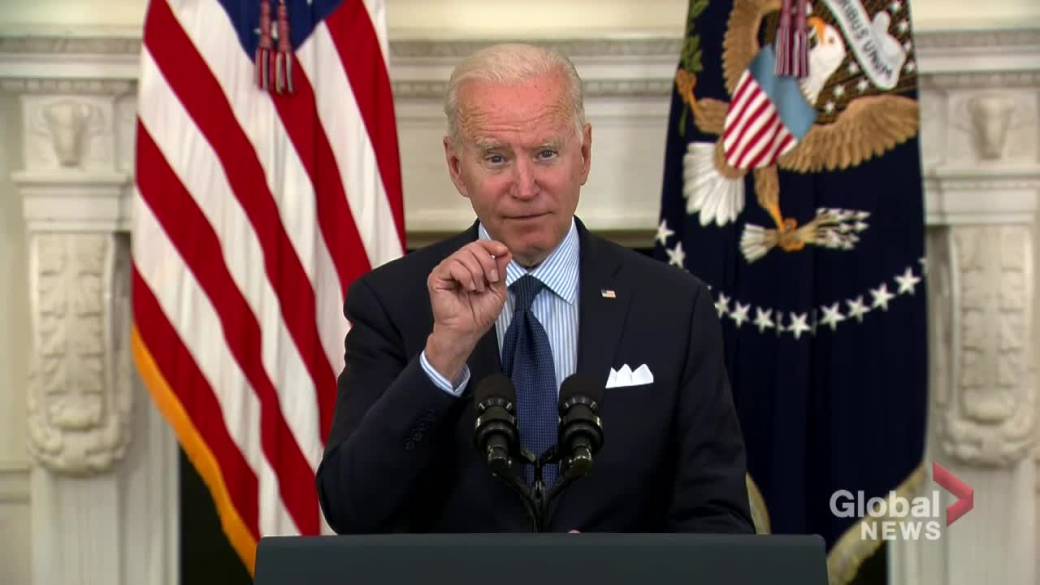 He said the most effective argument to those people would be to protect those they love. “This is your choice: It’s life and death.”

Biden’s push comes as his administration has shifted away from setting a target for the U.S. to reach “herd immunity,” instead focusing on delivering as many shots into arms as possible. Officials said Biden’s vaccination target would result in a significant reduction in COVID-19 cases heading into the summer.

To that end, the Biden administration is shifting the government’s focus toward expanding smaller and mobile vaccination clinics to deliver doses to harder-to-reach communities. It is also spending hundreds of millions of dollars to try to boost interest in vaccines through education campaigns and greater access to shots through community organizations that can help bring people to clinics.

Biden touted creative efforts to make it “easier and more fun” to get vaccinated, such as grocery stores offering discounts to shoppers who come to get shots and sports leagues that hold promotions to gets shots for their fans.

Ahead of the Food and Drug Administration’s expected authorization of the Pfizer vaccine for kids aged 12-15, the White House is developing plans to speed vaccinations for that age group. Biden urged states to administer at least one dose to adolescents by July Fourth and work to deliver doses to pediatricians’ offices and other trusted locations, with the aim of getting many of them fully vaccinated by the start of the next school year.

While younger people are at dramatically lower risk of serious complications from COVID-19, they have made up a larger share of new virus cases as a majority of U.S. adults have been at least partially vaccinated and as higher-risk activities like indoor dining and contact sports have resumed in most of the country.

Officials hope that extending vaccinations to teens — who could get the first dose in one location and the second elsewhere, if necessary — will further accelerate the nation’s reduced virus caseload and allow schools to reopen with minimal disruptions this fall.

The urgency to expand the pool of those getting the shots is rooted in hopes of stamping out the development of new variants that could emerge from unchecked outbreaks and helping the country further reopen by the symbolic moment of Independence Day, exactly two months away. Though White House officials privately acknowledge the steep challenge, Biden sounded an optimistic note.

“The light at the end of the tunnel is actually growing brighter and brighter,” Biden said.

Biden’s speech comes as the White House announced a shift away from a strict allocation of vaccines by state population. The administration says that when states decline to take all the vaccine they have been allocated, that surplus will shift to states still awaiting doses to meet demand.

Governors were informed of the change by the White House on Tuesday morning. 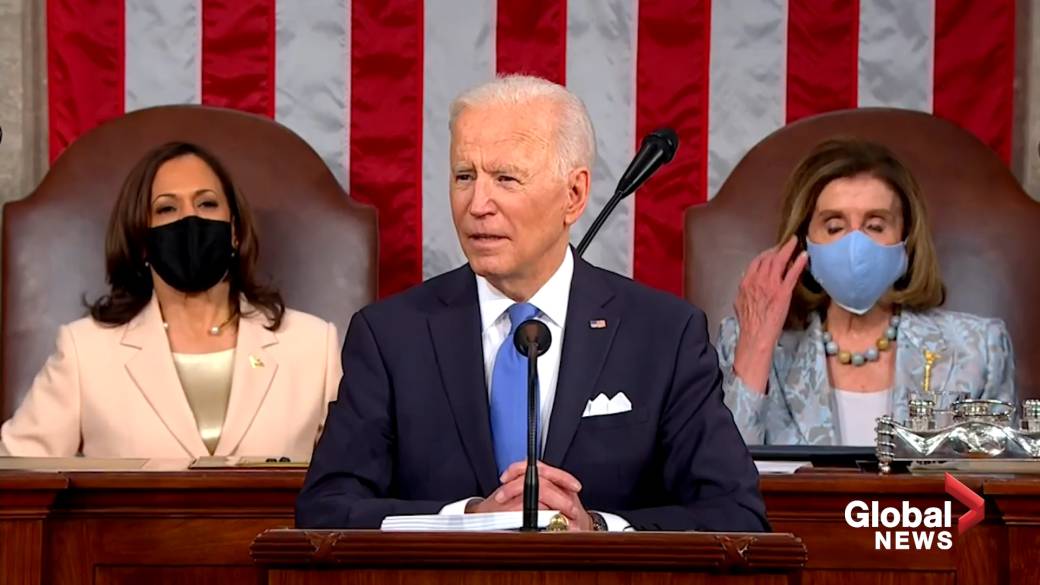 2:24
Biden says these are extraordinary times of ‘crisis and opportunity’ in 1st address to joint session of Congress

Data from the Centers for Disease Control and Prevention shows Louisiana’s coronavirus vaccination rate is well behind most states. About 27 per cent of state residents are fully vaccinated while 32 per cent have received at least one dose of the vaccine, according to the state health department.

The White House previously resisted efforts to distribute vaccine by metrics other than population. Biden rebuffed Michigan Gov. Gretchen Whitmer last month when she requested more doses as her state was experiencing a surge in virus cases. White House press secretary Jen Psaki said at the time nearly all states were ordering at or near their population allocations, which is no longer the case.

Individual states have made similar shifts internally to account for changing demand. Last week, Washington state changed the way it allocates coronavirus vaccine to its counties. Previously the state doled out supplies to counties proportionate to their populations. But now amounts will be based on requests from health care providers.