Bitcoin’s fossil fuel use criticized. But some Canadian companies hoping to turn it green

Bitcoin has an enormous appetite for energy, and the cryptocurrency’s record-breaking surge this year has made it even more hungry.

On Wednesday, Elon Musk, the chief executive of Tesla, said his company will no longer accept Bitcoin for car purchases, citing environmental concerns, in a swift reversal of its position on the currency after criticism by some investors.

However, there are growing attempts to turn bitcoin green and mitigate the environmental harm of mining — and this is happening in Canada.

Projects in Canada are looking to wean bitcoin mining away from fossil fuels, such as using hydroelectricity, solar and wind.

Read more:
Musk dumps Bitcoin over climate concerns. Is it bad for the environment?

“Green power is getting cheaper and cheaper,” said Cale Moodie, CEO of Neptune Digital Assets, a cryptocurrency mining company based in Vancouver, B.C. “But there has to be a push for more renewable energy sources for Bitcoin mining.”

Last month, his company teamed up with Link Global Technologies, another Canadian cryptocurrency mining company, to create a project for “clean energy Bitcoin.”

The new initiative, called “Pure Digital Power” will be based in Alberta and use solar, wind and some natural gas to mine Bitcoin.

The business is in the early stage, but Moodie said the mining operation will rely on around 90 per cent of solar energy, and the rest on wind and natural gas.

“So you build out your solar around the natural facility, and natural gas acts as your back up … and then if you put wind turbines as well … you can pick up some of that downtime associated with solar at night,” he explained. 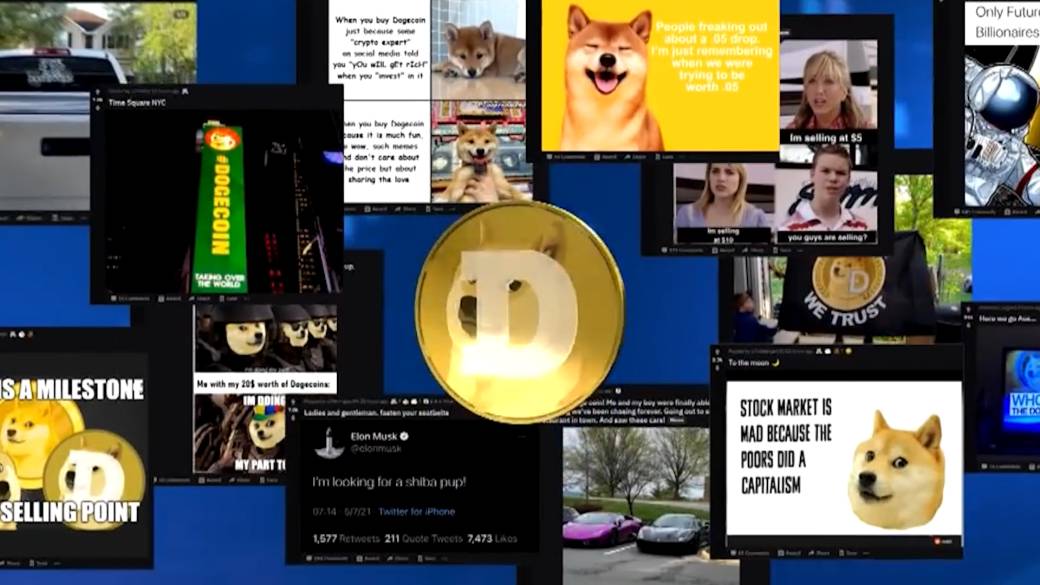 Dogecoin: How the joke cryptocurrency became no laughing matter

The push for green cryptocurrency mining isn’t just happening in Canada, but all over the world.

In April, a non-profit coalition launched the Crypto Climate Accord, a global industry-backed initiative urging cryptocurrency enterprises to switch to using renewable energy.

The idea is to get the industry to net-zero carbon emissions — offsetting any emissions it cannot cut itself — by 2040.

Other nations have also looked at green mining for the coin.

And in Virunga National Park in the Democratic Republic of Congo, bitcoin miners use cheap, clean energy produced by an EU-funded hydroelectric plan.

Bitcoins are mined by computers in warehouses as big as airport hangars. The process of complex algorithms makes electricity one of the key inputs, consuming as much power as thousands of households.

And as the price of the coin rises, more people put in orders to purchase and run mining hardware, causing an increase in energy consumption.

In March 2021, the University of Cambridge’s Centre for Alternative Finance estimated that bitcoin miners use what would amount to more than 130 TWh per year. That’s as much energy as Sweden uses every year.

A 2019 study by the Technical University of Munich estimated that bitcoin causes around 22 megatons in CO2 emissions annually, which is comparable to larger cities like Las Vegas, and even countries such as Jordan and Sri Lanka.

Countries like China, Iran and Kazakhstan are major players in the bitcoin mining market, and mainly use fossil fuels like coal, according to Alex de Vries, a data consultant and creator of the Bitcoin Energy Consumption Index.

“And those three countries alone are hosting 70 to 80 per cent of the entire bitcoin network,” he said.

There are mining operations in Nordic nations that use renewable energy, but he said they are not making up a major part of their network.

“There are small areas where miners may have access to some level of renewables, but that’s an extremely small part of the network and is not helping in greening the network,” de Vries argued. “A large majority of these miners are still running on fossil fuels.”

However, there is a large bitcoin mining operation in south China that uses hydropower in the summer months — which helps green the industry. But the businesses head north for the winter and use coal, as it’s less costly during the colder months, he said.

Moodie believes Bitcoin has received a bad reputation due to the coal mining in China, but argued the future for cryptocurrency will be green as renewable energy becomes less costly.

He noted that although Musk said Telsa will not use bitcoin due to climate concerns, the mining of the cryptocurrency depends on where people plugin on the grid (just like electric cars).

For example, if you plug in your electric car or mining computer in British Columbia, you will be using green energy, such as hydropower. But if you plug in the U.S. or China, then you could be using fossil fuels, he said.

“(Fossil fuels) is an obvious problem. So you have the unregulated countries that are really jumping on board with this because they can get cheap fossil fuel-based power,” Moodie said. “And I think that sort of given Bitcoin a bad name.”

But he believes companies that are more ethically and socially responsible can lead the way in the cryptocurrency mining industry, and in doing so, force others to follow suit.

As Bitcoin goes more mainstream, Hydro-Québec has seen a massive surge in cryptocurrency mining over the last two years, according to spokesperson Jonathan Côté.

“There are around 90 companies operating in this sector in Quebec. The blockchain industry has carved out an important place in Quebec in recent years. It now reaches an available power of around 400 megawatts,” Côté said.

Cryptocurrency mining consumption for December 2020 was 100 GWh (gigawatt hours), which is the average consumption of about 65,000 Quebec homes for a month, he added.

By comparison, other data centres in Quebec use about 200 megawatts of power per year.

There are benefits for miners using hydroelectricity in the province, Côté said. Not only does it bring in revenue for the province, but it also is a more environmentally-friendly way to mine the coin, rather than using natural gas or coal.

“So if these companies are going to be mining using renewable energy here instead of mining in China, which uses mostly coal, we can decarbonize part of that industry by having some of it here,” he said.

“But we can’t just have a limited supply for these mining companies, we have to be responsible.”

In order to accommodate a surge of companies looking to mine Bitcoin in Quebec (without having to build more infrastructure), in January the province put through new rules for this industry.

Because Hydro-Québec’s peak season for energy is in the winter, the province asked bitcoin miners to lower their energy consumption by 95 per cent in the winter months for up to 300 hours.

“So basically, they have to stop mining for a few hours during those peak demand periods,” he explained. “By doing this, we’re able to have these companies operating here without having such a big impact on the peak demand in the winter.”

Previous articleCOVID-19 vaccinated Americans can avoid masks in most places, CDC says
Next articleFamily of young man killed in Sherwood Park shooting working trying to repatriate his body to India