Can you afford a vacation home? Here’s what it takes across Canada

One of the wildest real estate bidding wars Markham, Ont.-based real estate agent Dayle Carmody has seen recently involved a home listed at $499,000 that sold for $300,000 over asking after just a couple of days and some 25 offers later.

The home wasn’t in one of the Greater Toronto Area (GTA) suburbs that have attracted scores of urban buyers looking for more space and greenery amid the pandemic. It was in Hunstville, Ont. in the coveted Muskoka region, one of the province’s most popular vacation destinations.

“Anything at that entry-level price point is getting multiple offers within a day,” says Carmody, who is a sales representative at Ferrow Real Estate.

But bidding wars are hardly unique to Ontario’s cottage country amid Canada’s pandemic-fuelled real estate boom. Whether you call it cottage, cabin, chalet or camp, if you’re hoping to snap up a vacation home this year, get ready for bare-knuckle competition.

“From coast to coast, the line between primary residence and recreational property is blurring,” Phil Soper, president and CEO of Royal LePage said in a statement. 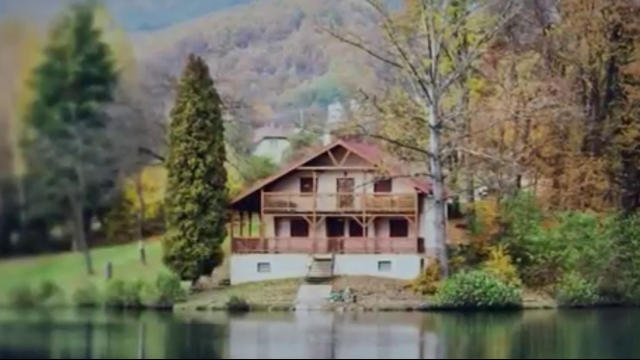 2:04
Money123: Owning a vacation home without breaking the bank

The result is a country-wide buying frenzy made worse by supply shortages that are often even more severe for recreational properties than they are in the overall real estate market, according to real estate agents. The trend began last summer and has continued to gain momentum, Soper said.

READ MORE: A better kind of timeshare? Why millennials are choosing co-ownership for vacation homes

Overall, Royal LePage expects the aggregate price of a home in Canada’s recreational markets to soar 15 per cent in 2021, to just over $500,000, the real estate company said in a forecast released Tuesday. That appreciation would come on top of an average price increase of 16 per cent in 2020, according to the report.

Here’s what to expect across Canada in 2021:

Along with Ontario, Atlantic Canada’s recreational market is poised to see the sharpest appreciation this year, with plenty of demand from out-of-province buyers from Ontario, Quebec and B.C., according to the report.

In Shediac, N.B., which claims to be the “lobster capital of the world,” sight-unseen home purchases are becoming “more prevalent,” says Heather FitzGerald at Royal LePage Atlantic in Moncton. Some of the out-of-town buyers are retirees returning home or “fulfilling the dream of a vacation home in the Maritimes,” while others are young professionals who can work remotely and have chosen to relocate to a waterfront cottage, he says.

Forty per cent of surveyed real estate professionals representing buyers in the region said their clients are making four to seven offers on average before closing a sale, according to the report.

In Quebec, Éric Léger,  a real estate broker at Royal LePage Humania sees a demographic clash between young buyers craving more space both indoors and outdoors, and older owners who are reluctant to sell because of concerns related to COVID-19, and a record housing supply crunch that makes it difficult for potential sellers to buy elsewhere.

“Eventually, the progress in the vaccination rollout should lead to increased [housing] inventory,” he says.

In Ontario, Royal LePage sees average home prices in the recreational market climbing 17 per cent on top of a nearly 20 per cent increase in 2020.

At Ferrow Real Estate, Carmody says that while she is starting to detect bidding-war fatigue among some Ontario buyers looking to purchase at the edges of the GTA, in cottage country she expects multiple offers to continue to be the norm through the summer.

“There’s just so much demand,” she says. “Everybody’s trying to scoop up a cottage or recreational property.”

While average home-price growth is expected to come in just shy of double-digit territory this year, the forecast increase comes after recreational property values soared by nearly 22 per cent in 2020, according to Royal LePage.

While the region isn’t seeing an onslaught of buyers from out of province, local snowbirds are helping to drive up demand.

Alberta is expected to see a — relatively speaking — tame average price increase of six per cent this year, according to the report. But the province already has Canada’s priciest recreational market with the aggregate price of a vacation home expected to come in just shy of $1 million by the end of 2021. The average is skewed by Canmore, a sought-after destination for its proximity to Banff National Park and luxury mountain properties.

A growing segment of buyers comes from young and middle-aged Albertans wanting to relocate to the areas, says Brad Hawker of Royal LePage Rocky Mountain Realty.

Real estate agents in the province are expecting another torrid spring real estate markets ahead of another summer without the possibility of travel.