The new infections bring the total number of novel coronavirus cases in Canada to 971,723.

The new cases come as the country’s National Advisory Committee on Immunization (NACI) issued new guidance, recommending the COVID-19 vaccine manufactured by AstraZeneca not be used on people aged 55 and under.

The committee cited concerns over reports of blood clots as its reason for issuing the new guidance.

“As you’ve heard, rare cases of serious blood clots that have been associated with low platelets have been reported in Europe following use of AstraZeneca vaccine in those populations,” Dr. Shelley Deeks, vice-chair of the NACI said during a press conference Monday. 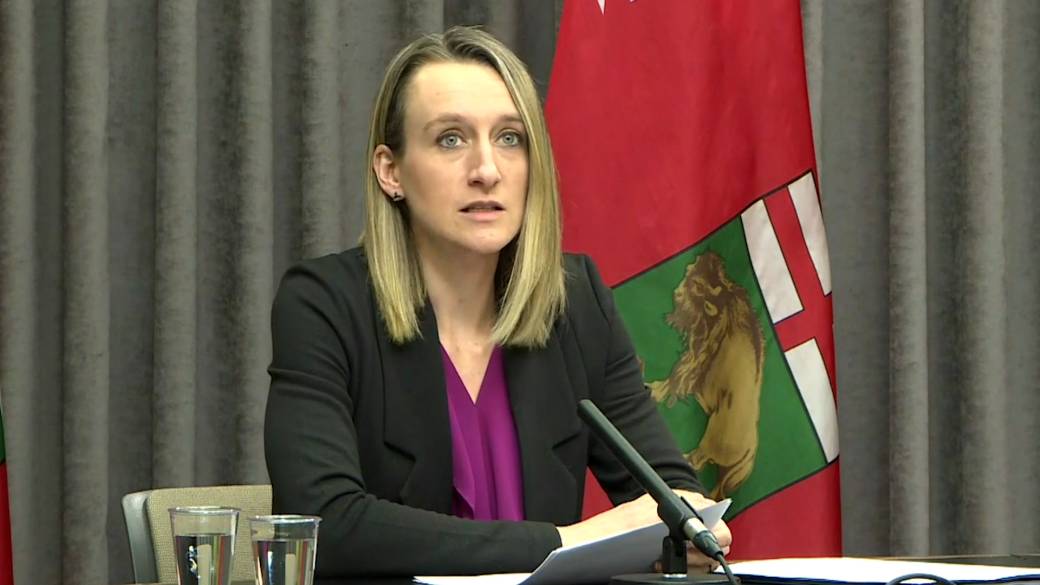 1:15
COVID-19: Manitoba limits use of AstraZeneca vaccine to people over 55 ‘out of an abundance of caution’

COVID-19: Manitoba limits use of AstraZeneca vaccine to people over 55 ‘out of an abundance of caution’

Deeks said NACI has “determined there is substantial uncertainty” around the benefit of providing AstraZeneca to adults under 55 years of age given the potential risk .

The vaccine can still be used in those over 55, the committee said.

To date, more than 307,000 doses of the shot have been administered across Canada, Njoo said. 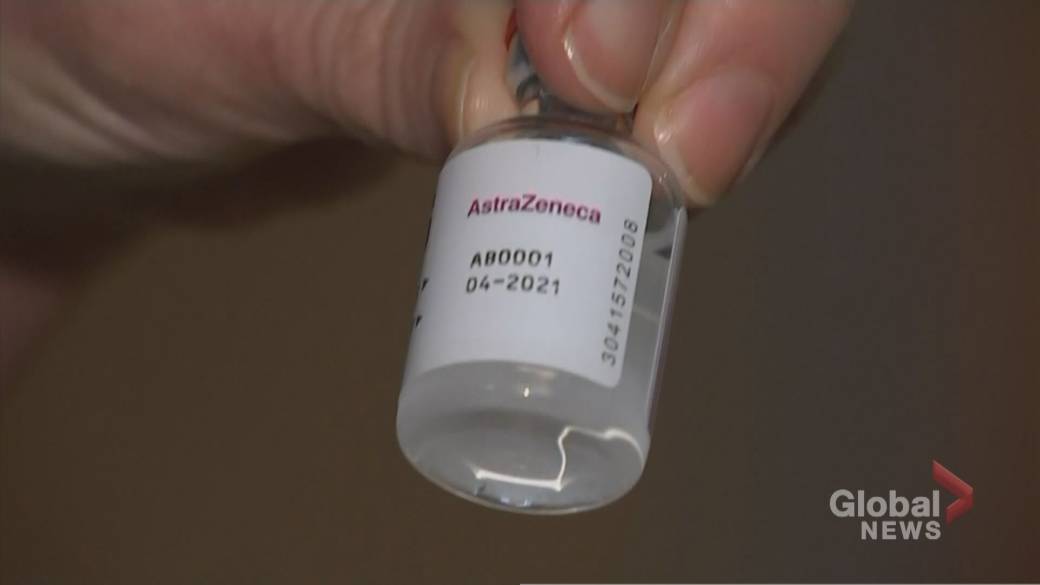 3:17
Canada advised to pause AstraZeneca COVID-19 shots for those under 55

The country’s top health officials confirmed, though, that to date there have been no reports of blood clotting issues in anyone who received an AstraZeneca vaccine in Canada.

The new recommendations come as the country is set to receive 1.5 million doses of the AstraZeneca vaccine from the United States in the coming days.

By Monday evening, just over 5.3 million COVID-19 vaccines had been administered.

That means so far, approximately 7.1 per cent of the Canadian population has been inoculated

That means so far, approximately 7.1 per cent of the Canadian population has been fully inoculated with the required two vaccine doses.

Meanwhile in Quebec, 891 more people are sick with the coronavirus, while five more have died.

Neither province added any new deaths on Monday.

In Atlantic Canada, 11 new cases were reported — all of which were detected in New Brunswick.

However, none of the Maritime provinces, or Newfoundland and Labrador saw any new fatalities on Monday. 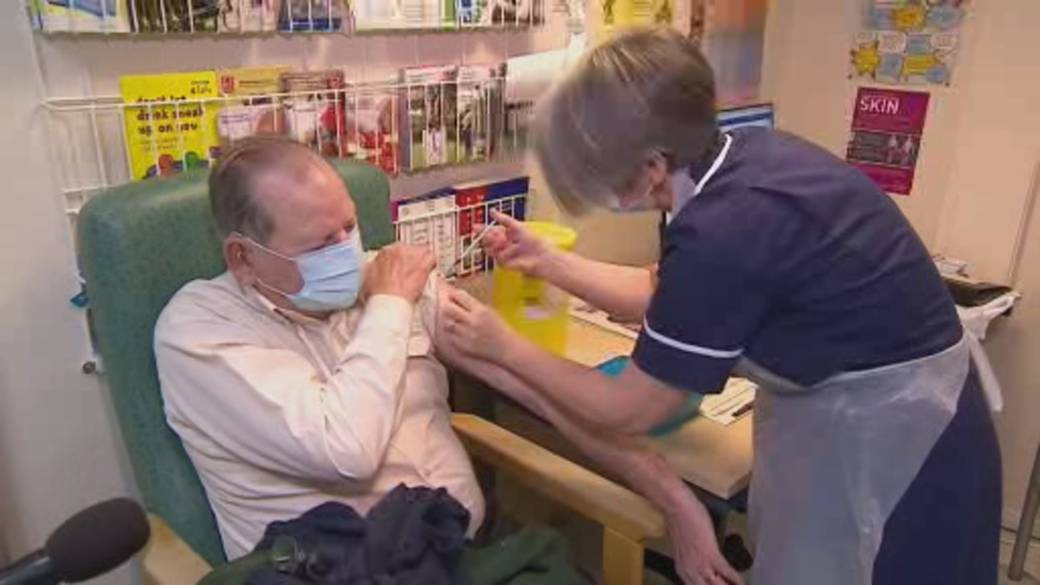 In Western Canada, hundreds of new cases were identified.

The new cases come as a slew of new restrictions were announced in the province aimed at limiting transmission of the virus.

The new measures, which include closing bars and restaurants, gyms and places of worhip, are set to take effect at midnight on Tuesday.

Meanwhile, in Alberta, another 545 people are sick with COVID-19, but authorities confirmed no one else has died.

No new cases of the virus or deaths associated with it were reported in any of Canada’s territories.

Since the virus was first detected in late 2019, a total of 127,442,926 people have contracted it globally, according to a tally from Johns Hopkins University.

To date, over 2.7 million people around the world have died after testing positive for COVID-19. 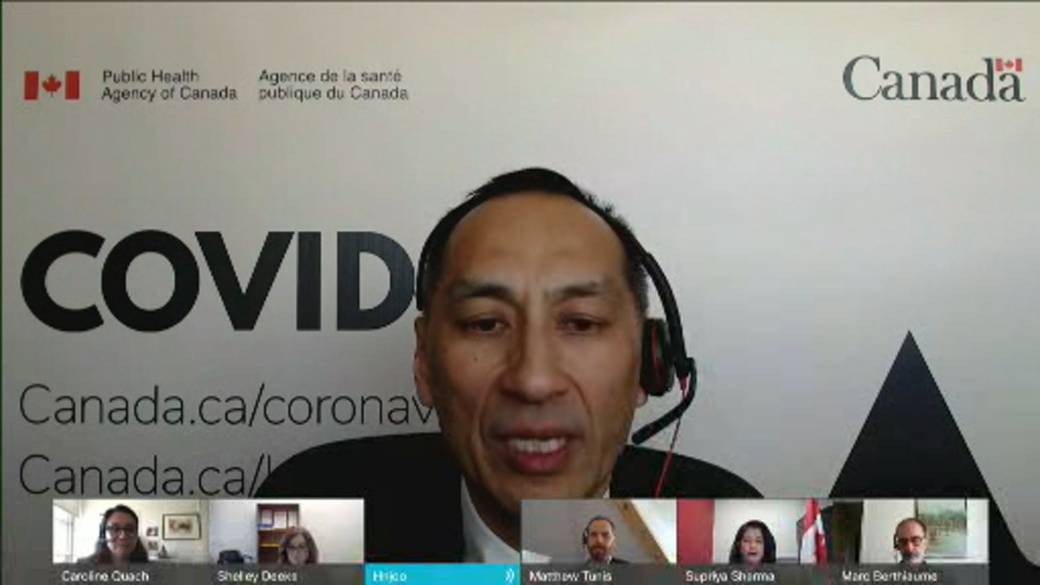 The United States has seen the highest number of cases, reporting more than 30,291,863 infections so far.

More than 549,600 people have died in the U.S. after falling ill with the respiratory virus.