Canada could see more vaccine hurdles while at mercy of other nations, experts warn

After a few initial hiccups, COVID-19 vaccine rollout has finally picked up pace in Canada.

As of Wednesday, more than 3.8 million doses had been distributed to provinces and territories across the country. Out of these, 2.5 million doses have been administered, with more than 2 million Canadians having received at least one dose of an approved coronavirus vaccine.

Read more: COVID-19 vaccine tracker: How many Canadians are vaccinated?

Between Pfizer-BioNTech, Moderna and AstraZeneca, Canada is expected to receive up to 8 million vaccine doses by the end of March.

“Canada is getting ready to go into the ramp-up phase after a steep increase in vaccine availability,” said Maj.-Gen. Dany Fortin, the military officer overseeing the country’s vaccine distribution effort, during a news conference Wednesday.

Between April and June, 25 million doses of Pfizer and Moderna’s vaccine are expected, followed by another 1.5 million from AstraZeneca by mid-May, Fortin added.

The influx of vaccines comes after a month-long lull from Pfizer as it went through factory upgrades and a slash in deliveries promised by Moderna.

Some experts warn Canada could see more speed bumps in the weeks and months ahead because it is heavily reliant on the foreign drugmakers and the goodwill of other countries – where the vaccine supplies are coming from.

“We can expect the unexpected,” said Jillian Kohler, a professor at the University of Toronto’s Leslie Dan Faculty of Pharmacy.

“We are at the mercy of companies that are outside of our borders and as a result of that, other nations’ interests,” she told Global News. 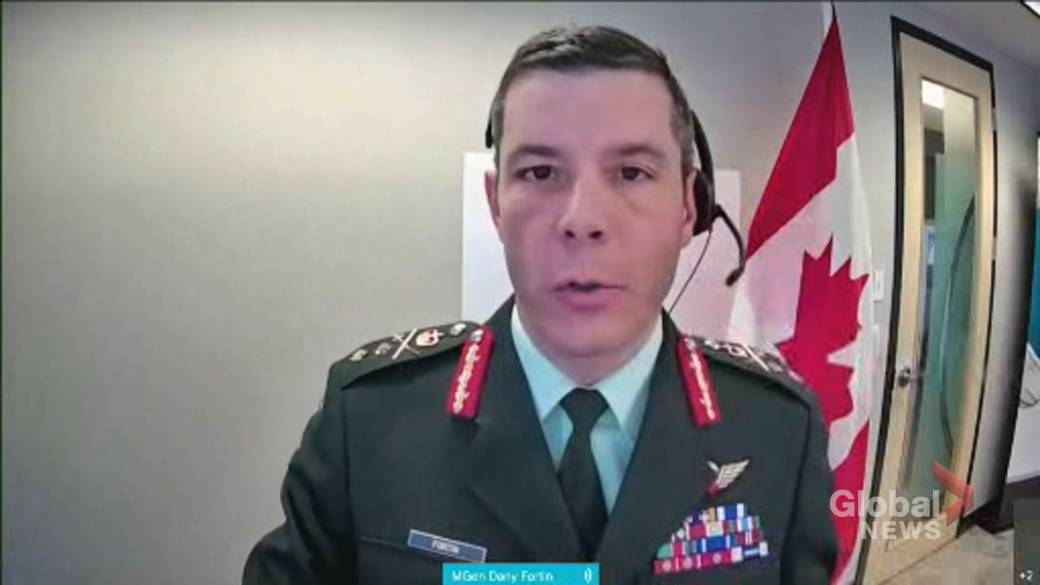 Where are Canada’s vaccines coming from?

Canada has ordered the world’s highest number of COVID-19 vaccine doses per capita, but none of the shots are being manufactured in the country.

Pfizer’s doses are coming from their European plant in Belgium, which are shipped via FedEx to the United States before they reach Canada.

Moderna’s supplies to Canada come from Switzerland, where the company has set up a secondary production plant, in addition to its U.S. headquarters.

Currently, Canada is receiving the AstraZeneca vaccine from the Serum Institute of India. Supplies slated for later in the year will come from the U.S. and South Korea as part of the WHO-led COVAX program.

Meanwhile, there is no timeline set for when the Johnson & Johnson deliveries will arrive, nor is there confirmation on which of its two sites — in Europe and the U.S. — the doses will come from.

The company has already told Prime Minister Justin Trudeau “there are challenges around production.”

With many variables at play, Kohler says expected vaccine supplies are not a given and Canada is in a “very precarious and unsafe situation right now.”

“It’s absolutely frightening to think that we don’t have vaccine sovereignty.”

The federal government has faced criticism from opposition parties over its response to the delays in deliveries of vaccines by Pfizer and Moderna in recent weeks, as well as the country’s inability to produce much-needed COVID-19 vaccines at home. 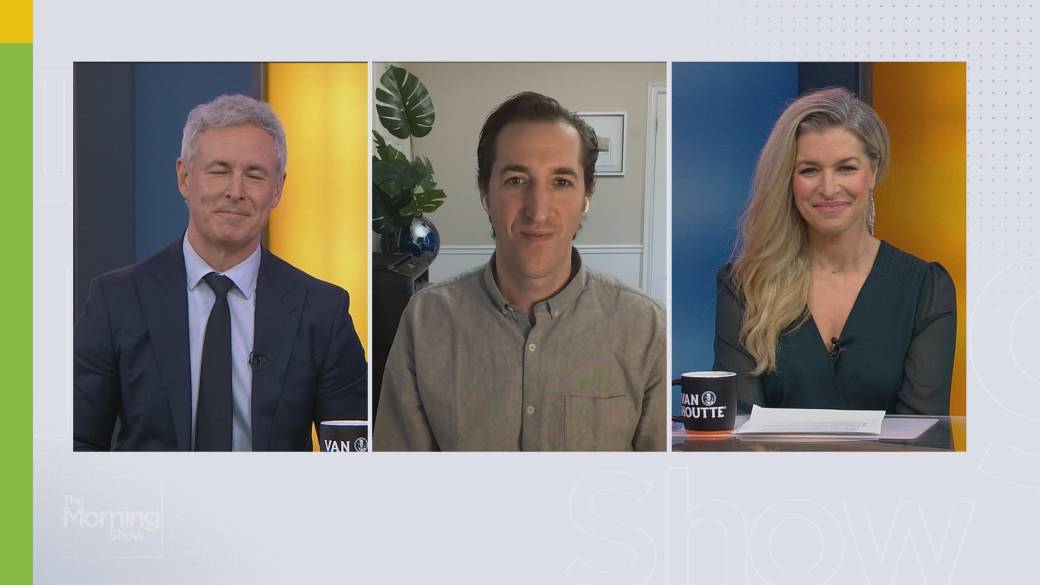 Trudeau announced earlier this year a deal with Novavax to produce vaccines at a facility in Montreal, though that will not be operational until towards the end of the year.

If the vaccine is approved before that, doses will need to be shipped from abroad.

“If vaccines are manufactured in the country, you have a lot more control,” said Dan Breznitz, co-director of the innovation policy lab at the University of Toronto.

Barring any “major catastrophe,” he said the government should be able to meet its September target to vaccinate a majority of Canadians, as more production facilities of vaccines will scale up elsewhere around the globe.

“Let’s hope that there isn’t any massive outbreak out there in Europe, India, the U.S.,” Breznitz added.

Growing “vaccine protectionism” and political tussles are also at play.

In late January, the European Union implemented a controversial export authorization scheme for COVID-19 vaccines, which requires EU-based vaccine manufacturers to seek approval from the national government, where their doses are produced, before exporting them out of the EU.

In an escalation of a high-profile row between the bloc and Anglo-Swedish company AstraZeneca over a delay in deliveries, Italy blocked 250,000 doses of their vaccine to Australia last week.

Some say this could possibly have ripple effects in Canada as well. 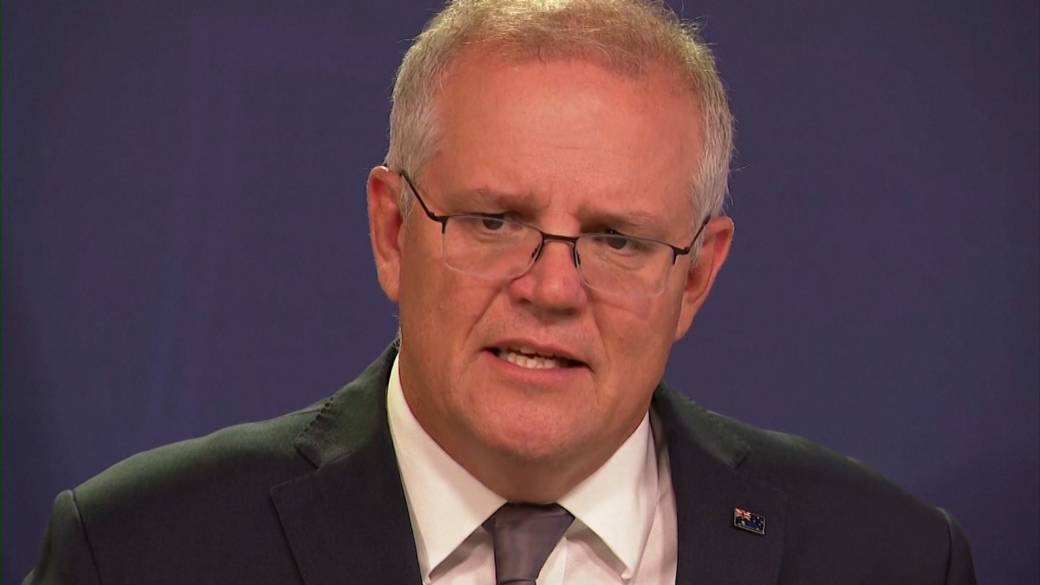 Kohler said the “my nation first approach” that has been apparent since the beginning of the pandemic is heightening amid high global demand and a shortage in supply.

She said a “vacuum in terms of global health leadership” has only exacerbated the situation.

However, Timothy Chan, Canada Research Chair in Novel Optimization and Analytics in Health, is not concerned.

“If they are blocking only a small number of vaccines or only to specific countries, I think the impact on Canada will be minimal,” he said.

Read more: One year into COVID-19, a look at when and where the next pandemic could emerge

Both Pfizer and AstraZeneca told Global News they did not anticipate any delays in their vaccine deliveries to Canada.

“We do not feel like we have any cause for concern related to the export of the Pfizer-BioNTech vaccine from Europe,” said Christina Antoniou, director of corporate affairs at Pfizer Canada, in an emailed statement.

Moderna and Johnson & Johnson did not respond to a request from Global News by the time of publication of this story. 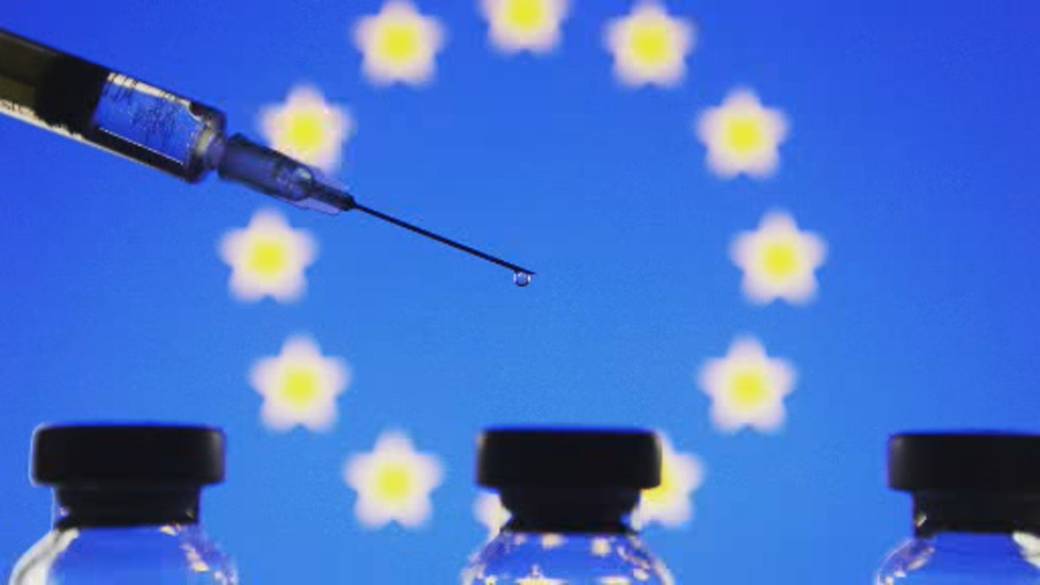 The office of the minister of small business, export promotion and international trade also said that the European Commission President Ursula von der Leyen has given “repeated assurances” that the new EU measures will not affect vaccine shipments to Canada.

“We will continue to work with the EU and its member states, as we have done throughout the pandemic, to ensure that our essential health and medical supply chains remain open and resilient,” a spokesperson told Global News.