Canada may extend its current flight ban on India and Pakistan as concerns remain over a highly transmissible variant of the novel coronavirus first discovered in India.

“The Government of Canada continuously monitors and evaluates the situation and may extend travel and border measures to continue to protect Canadians,” Health Canada told Global News in an emailed statement Thursday.

Last week, Air Canada extended the flight ban from India to prevent the spread of COVID-19.

“We have further extended the suspension of our flights from India until June 22,” Air Canada spokesperson Peter Fitzpatrick told Global News in a statement.

“We did this in anticipation of the existing suspension on flights between the two countries being extended.”

The 30-day flight ban from India and Pakistan was first announced by the federal government on April 22 and is currently set to expire Saturday.

In a statement emailed to Global News Wednesday, a spokesperson for the Ministry of Transportation said, “We continue to examine the COVID-19 public health situation unfolding around the world and will adjust border measures as necessary.”

“In the case of India and Pakistan, our government is following developments closely and will determine the next steps regarding the NOTAM based on the evidence and advice of public health experts,” the statement said.

She did not, however, confirm if the federal government will extend its ban.

The B.1.617 variant first identified in India late last year is known as a “double mutant” variant due to a pair of mutations that the Indian Ministry of Health and Family Welfare says may confer “immune escape and increased infectivity.” 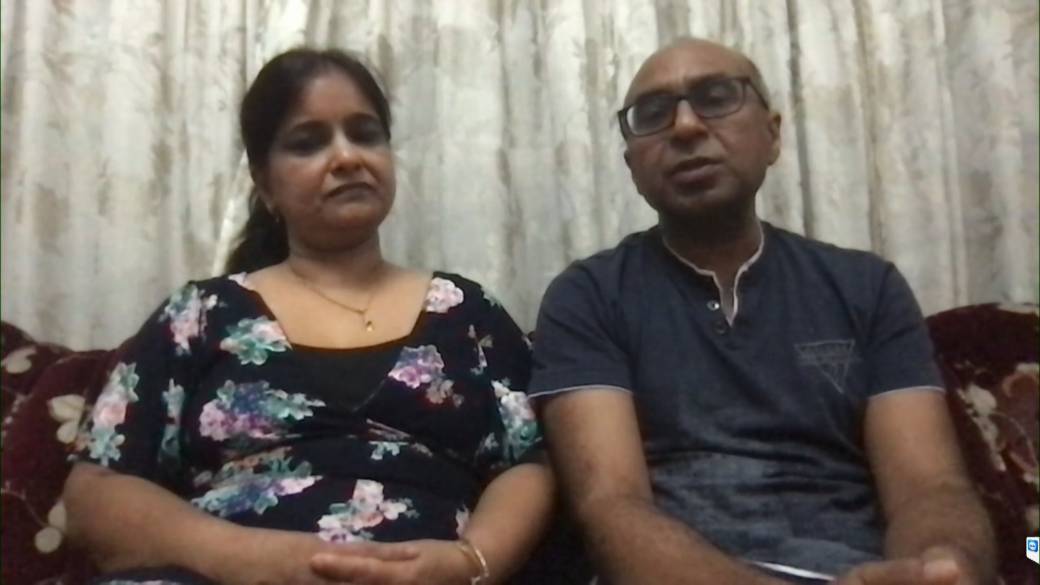 Scientists are still determining if the variant is potentially less affected by vaccines, similar to the P.1 variant first identified in Brazil. BioNTech, which partnered with Pfizer to develop its vaccine, said this week that it’s confident the shot is effective against B.1.617.

The World Health Organization classified B.1.617 as a “variant of concern” on May 10.

The variant is believed to be behind the staggering surge of cases and deaths in India over the past several weeks. The country was posting the world’s highest daily number of new infections throughout late April and early May, which has led to over 4,000 people on average dying per day for the past week.

Pakistan is also experiencing a more deadly third wave of the virus, yet its daily case counts and death tolls have been lower than India’s compared to their respective populations.

The B.1.617 variant has been identified in Canada and other countries, and the federal government cited concern over the spread of the variant as a reason behind the travel ban.

Canada’s chief public health officer Dr. Theresa Tam said as of Wednesday, the variant has been identified in all 10 provinces and one territory, but did not say how many cases have been found.

Experts have told Global News that banning travel from India and Pakistan will only delay the arrival of new variants of the virus.

Federal government data has shown that the travel ban may have helped at least minimize the arrival of COVID-19 cases in Canada.

Health Canada data posted online earlier this month showed 135 international flights from 18 different countries arrived between April 10 and April 23 with at least one passenger who had COVID-19. Thirty-six of those were direct flights from India and two were from Pakistan.

In the two weeks after the ban took effect, the number of overall flights with COVID-19-positive passengers fell to 56. In the past two weeks, that number fell again to 37.

— With files from Global’s David Lao, Saba Aziz and the Canadian Press

Previous articleQuebec confirms 4 more cases of blood clots in people vaccinated with AstraZeneca
Next articleBioNTech vaccine should be up to 75% effective against India COVID-19 variant: CEO

Ontario's death toll has risen to 13,175 as 11 new virus-related deaths were added. This includes one death from over a month ago following...
Read more

Health officials say in most cases, monkeypox will disappear on its own within two to four weeks, although in very rare cases complications can...
Read more

Prime Minister Justin Trudeau says supplies of baby formula in Canada are "fine" for now overall, but there are some challenges in obtaining more...
Read more
Facebook
Instagram
RSS
Twitter