Canada sets another daily record for COVID-19 cases with over 9,500 new infections

Canada set another record for new COVID-19 cases Thursday, with daily infections surging past 9,500 for the first time since the pandemic began over a year ago.

The 9,564 new cases came as some provinces surpassed or nearly matched their own daily records despite imposing harsh new restrictions in recent weeks, suggesting a losing battle with the quickening spread of the virus.

Fifty-five new deaths since Wednesday brought the national death toll to 23,500. The country has seen a total of 1,096,722 infections to date, 990,080 of whom are considered recovered.

More transmissible variants of concern are now making up a significant portion of new cases in several provinces and have also made their way into the northern territories.

As of Thursday evening, 51,643 cases of all three variants identified in Canada have been confirmed.

Most of those cases are the B.1.1.7 variant first identified in the United Kingdom, which has become particularly prominent in Ontario and Alberta.

Yet Canada’s chief medical officer Dr. Theresa Tam noted on Twitter that she’s particularly worried about the spread of the P.1 variant, which was first discovered in Brazil.

Tam said the number of P.1 cases has increased by nearly four times over the past two weeks. There are now 1,882 confirmed cases of P.1 in Canada, most of which have been found in British Columbia.

3/3 Early evidence suggests P.1 may reduce the effectiveness of vaccines, making it even more urgent to #SlowtheSpread by reducing contacts as much as possible, following #PublicHealth advice and maintaining individual precautions. https://t.co/w27G7rHASE

The variants are also driving up hospitalizations, with 3,691 people now receiving medical care for COVID-19. The number is approaching the peak of nearly 5,000 reported in January.

Ontario alone has nearly 2,000 COVID-19 patients in hospital, a number never before seen even during the first wave last spring. Over 650 of those patients are in intensive care, a situation that associate chief medical officer Dr. Barbara Yaffe called “dire.”

Premier Doug Ford’s cabinet met Thursday evening to discuss potential new restrictions — including a curfew — on top of measures that were ordered last week, which included a province-wide stay-at-home order.

The province reported a record 4,736 new COVID-19 infections Thursday, along with 29 more deaths.

B.C. nearly broke its own daily record, reporting 1,205 new cases and three more deaths. Hospitalizations hit a new high, however, with 409 people receiving care — 125 of whom are in ICU, also a record.

New modelling released Thursday warned the province could see 3,000 new cases per day unless people change their habits. Yet even if social gatherings drop off over the next few weeks, the modelling shows cases could still hit 2,000 daily.

“Circuit-breaker” measures including a ban on indoor dining introduced weeks ago have yet to drive down cases, which are now averaging over 1,000 a day.

Alberta, which has Canada’s highest seven-day rate of cases, recorded 1,646 new infections on Thursday and five more deaths. School districts are beginning to move their classrooms online to help curb surging cases there.

Nearly the same number of cases was reported in Quebec, which saw 1,513 more cases and 15 new deaths.

Manitoba confirmed its first case of the P. 1 variant first found in Brazil, as it reported 153 new cases. Saskatchewan had 293 new infections.

The territories did not report any new cases Thursday, though Nunavut announced late Wednesday it had confirmed the first case in Iqaluit, which had been the sole remaining Canadian capital city free of COVID-19.

Widespread closures took effect Thursday morning in the city, with retail and schools shuttered and a curfew put in place. 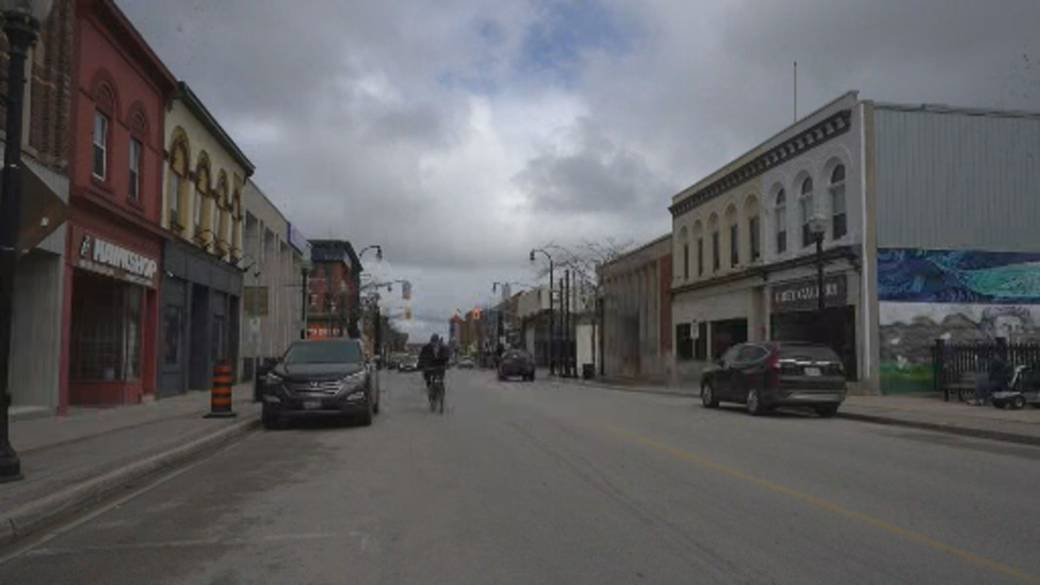 Federal officials are assuring that vaccination deliveries are on the upswing, despite delays from some manufacturers.

Maj.-Gen. Dany Fortin, Ottawa’s point man for the national rollout, said Thursday that 855,000 doses of the Moderna vaccine that were to have arrived last week are now in the country and distribution would wrap up by the end of the day.

Ford has blamed Moderna lags for immunization clinics in Ontario closing their doors or cancelling appointments in recent days.

Fortin said quality assurance backlogs, not production issues, have led to delays of about a week to 10 days for Moderna shipments. Four million more doses of that vaccine are expected by the end of May and deliveries are to come every two weeks instead of three.

“We’re fully aware the provinces are making adjustments and we’re trying to narrow this down as much as possible so that they don’t find themselves in situations where they have to constantly react to perceived delays,” Fortin said Thursday.

“Vaccines are one tool in our tool box and a very important tool,” he told reporters Thursday. “But it’s not the vaccines alone that are going to solve it all.”

Njoo said maintaining tight public-health measures is key, especially in the face of more transmissible and dangerous virus variants, adding that Canadians need to “double down.”

He said it’s looking good for all Canadians to be offered their first vaccine dose by around June and their second dose by the end of the summer.

Procurement minister Anita Anand told a House of Commons committee Thursday that she’s anticipating 44 million doses to be in the country by the end of June.

To date, over 9.2 million doses have been administered across Canada.