Canada should look to Britain for a view of a COVID-19 future, experts say

On May 3, the British government announced that only one person had died of COVID-19 in the previous 24 hours.

It was a sharp turn around in a little over three months, from the country’s worst ever death toll in the pandemic, to almost none.

It’s also something, health experts say, Canadians can look to with hope.

The way, said Razak, is about getting more vaccines into arms, and keeping smart public health measures in place for as long as possible, to let the vaccines do their thing.

In January, the U.K. saw record numbers of new cases, deaths, hospitalizations and intensive care admissions. They were three to five times the worst numbers Canada has ever seen.

Now, after half the British population has had a single vaccine dose, one-quarter have had two, and the entire country faced a strict lockdown with a gradual, staged, reopening, the U.K.’s picture isn’t just better, it’s a whole new world.

Every one of those statistics is down. New cases? Down 96 per cent. Deaths? Down 99 per cent. Hospitalizations and ICU patients? Down 97 per cent.

“This is the remarkable effect of getting those vaccines into people’s arms, and effective and smart restrictions on public health measures,” said Razak. “This is the effect, you’re seeing it right now.”

Britain, like Canada, is one of the only countries in the world to delay second doses for several months, so that more people can get protected from at least one dose faster. 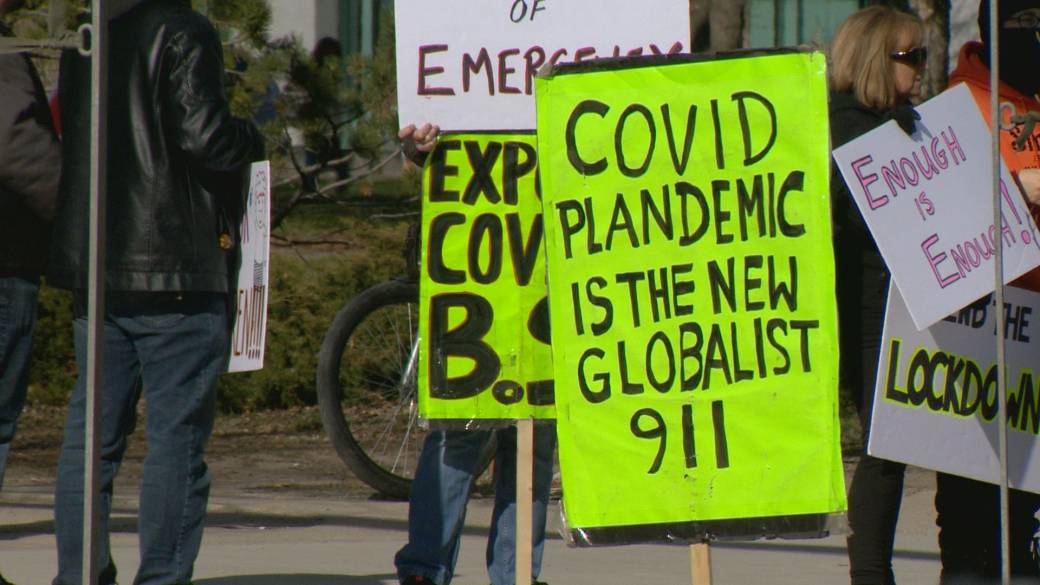 1:44
What happens to anti-maskers after the COVID-19 pandemic?

What happens to anti-maskers after the COVID-19 pandemic?

It was, in both countries, an experiment with many critics. With a pandemic underway and the need to get clinical trials completed quickly, vaccine makers had generally tested their products with three and four-week delays between two doses.

But with the B.1.1.7 driving crisis-levels of infections, and loaded with vaccine science that says delaying a second dose often generates a stronger immune response, Britain decided to push the second dose to 12 weeks.

Canada decided in March to delay second doses for most people up to 16 weeks, as production issues delayed deliveries and doses were in short supply.

Razak said it was, in both cases, “absolutely the right decision.”

“We’re going to see the benefit of that if we continue our aggressive vaccine rollout,” he said.

The U.K. _ which was in a strict nationwide lockdown in January and February _ is gradually returning to normal. Kids are back in school, hair salons are open, restaurant patios are hopping, and even small backyard gatherings are allowed.

It has all been done in calculated stages, with restrictions gradually lifting every few weeks starting in early March.

Next week, on May 17th, comes one of the biggest steps forward yet: restaurants will be allowed to have indoor dining and people can entertain up to 6 friends and family from two households indoors. Outdoor gatherings will be increased to a limit of 30 people. Children’s play places, movie theatres, hotels and indoor fitness classes, will once again be allowed.

On the 21st of June, the British government hopes to be able to lift all restrictions completely.

They can do that, said Razak, because there are more people vaccinated, and therefore fewer people available for the virus to infect.

The U.K. was fast out of the gate with vaccines, having made smart deals to get early doses from Pfizer, investing heavily in Oxford-AstraZeneca early on, and expanding production to make some of it at home.

In January, it outpaced even the United States in vaccinations, trailing only Israel and the United Arab Emirates in doses given per person.

Still the U.K. is not without supply woes. Vaccinations slowed considerably in April, as AstraZeneca couldn’t get all its deliveries to the U.K. and Moderna reduced British deliveries along with Canada’s.

Canada, with vaccine deliveries in May expected to be greater than the last five months combined, is catching up. It outpaced the U.K. in much of April, and expects to get a first dose to everyone over the age of 12 by the end of June.

The U.K. is targeting that by the end of July.

“I would be not surprised and very relieved if we actually see a pretty significant pickup (in) the drop in case counts when we once we get about 40 per cent first doses, which we’re heading toward quickly,” Naylor said.

On Friday, Canada hit 14 million people vaccinated with at least one dose, more than 37 per cent of all Canadians. At current rates of vaccination, Canada should get to 40 per cent by mid-week.

With vaccines coming in faster now, the 50 per cent marker should come before Victoria Day.

“When we get about 50 per cent then I think we should see a lot more light at the end of the tunnel,” said Naylor. “I just hope there isn’t a bunch of premature opening up at that time, because that could that could set us back.”

Razak said there is no magic formula for when and how to lift restrictions but he said it has to be driven by the data. If it is done too quickly, before enough people are vaccinated and the virus has limited places to take hold, a fourth wave is very likely.

Naylor said, if things are done right there is no reason why Canada can’t be where Britain is now, in the not too distant future.

“We are in a position here with this flood of effective vaccines to really go after this virus and get ourselves out of limbo and get our lives back,” he said.