Canada’s plans to use the Johnson & Johnson COVID-19 vaccine will remain on hold until an American investigation into the facility manufacturing those doses is completed, the country’s deputy procurement minister said Friday.

Health Canada has quarantined 300,000 doses of the vaccine that were delivered in late April, pending a review to determine they aren’t tainted.

They were partly made at a Maryland production facility owned by Emergent BioSolutions, which has been cited by the U.S. Food and Drug Administration for numerous safety violations.

The plant had to toss 15 million doses of the J&J vaccine after workers mixed up the formula for it with the one for Oxford-AstraZeneca, which was also being made there.

Read more:
Canada is holding back its 1-shot J&J COVID-19 vaccine. Here’s what you need to know

The U.S. is sitting on more than 100 million doses of J&J’s vaccine pending further inquiries into the plant’s processes.

Bill Matthews, the deputy minister of Public Services and Procurement Canada, says Canada isn’t going to receive any more doses from J&J until after the U.S. investigations are complete.

Canada pre-purchased 10 million doses of J&J’s vaccine, which is the only single-dose vaccine currently authorized for use against COVID-19.

In the U.S. it has been potentially linked to the same vaccine-induced blood-clotting disorder that is causing concerns for AstraZeneca. 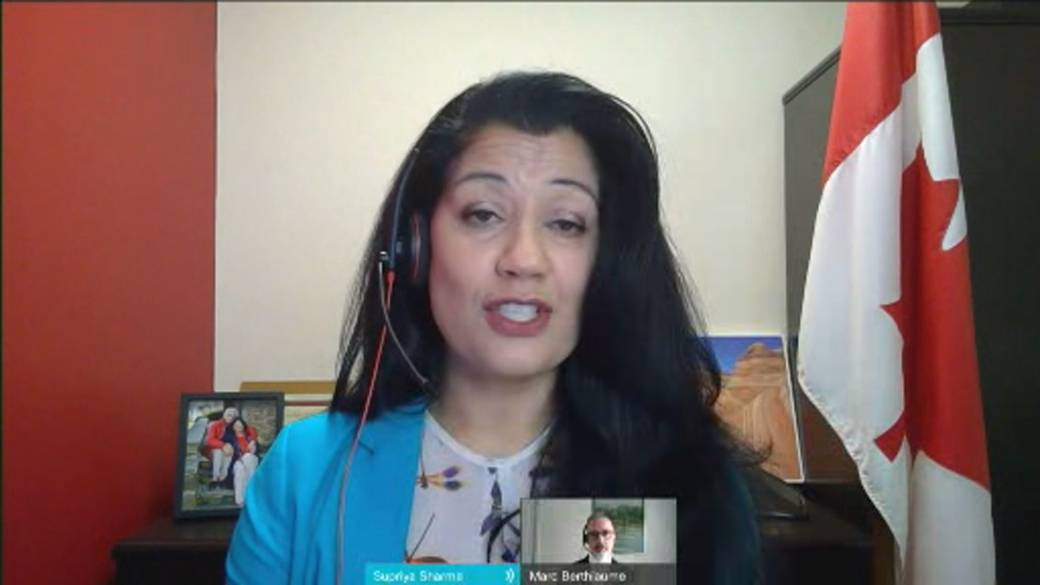