Canadians must stand up against ‘unacceptable’ rise in anti-Asian racism: minister

Canada is not an outlier from the horrific recent spikes in violent hate crimes against members of the Asian communities both at home and abroad, and Canadians must step up as allies in the face of racism.

In an interview with The West Block‘s Mercedes Stephenson, Mary Ng — minister of small business, export promotion and international trade — said she is worried by the “unacceptable” rise in violence against Asian-Canadians, and the fear so many are feeling as a result.

“It’s very difficult and the stories that I hear are absolutely heartbreaking across the country,” said Ng. She described a text message that was shared with her about a week ago, that a friend had received from his 70-year-old mother.

“She was worried about going out for a walk and wanted to know where she might be able to buy pepper spray,” Ng said.

“This is Canada – how is this happening today?”

The COVID-19 pandemic has led to a spike in hate crimes and violence against people of Asian descent around the world, with recent outpourings of grief and outrage over the assault of an elderly Asian woman in New York City while a security guard stood by, as well as a mass shooting in Atlanta.

READ MORE: How to have open conversations with kids about anti-Asian racism

Six of the eight victims killed in the spa shooting spree were Asian — seven were women.

And while some of the highest-profile recent attacks occurred south of the border, Canada has also seen a massive increase in violence here at home, with Vancouver police documenting a significant jump in anti-Asian hate crimes in the past year — from 12 cases in 2019 to 98 cases in 2020.

That translates to a 717 per cent increase in cases.

Last week, a report from the Chinese Canadian National Council’s Toronto chapter said that it had received information from recent surveys regarding 1,150 incidents of anti-Asian racism during the pandemic, with almost half of those incidents taking place in the first two months of 2021.

The majority of the attacks involved what the report described as “verbal harassment,” while 11 per cent of those surveyed reported experiencing ‘physical force, aggression or unwanted physical contact.’

Ten per cent of those surveyed reported being coughed at or spat on.

And just last week, a 25-year-old Guelph woman was verbally attacked with anti-Asian slurs, and the man identified by police as responsible was let off with a warning.

Some political leaders have used the Chinese Communist Party’s deliberate efforts to conceal the virus’s origins and early spread as a tool to attack and vilify people of Chinese and Asian descent during the pandemic.

Ng said while racism has always been a reality in Canada, the pandemic has made things worse.

“I think that people are behaving out of fear.”

“My message really is, we’re going to need all Canadians standing together to fight racism in all of its forms, and certainly anti-Asian racism which is on an unacceptable rise in this country,” Ng said.

“I hope that if you’re walking down the street and you see anti-Asian racism taking place, that you stand up,” she continued. “I think Canadians want to do the right thing.” 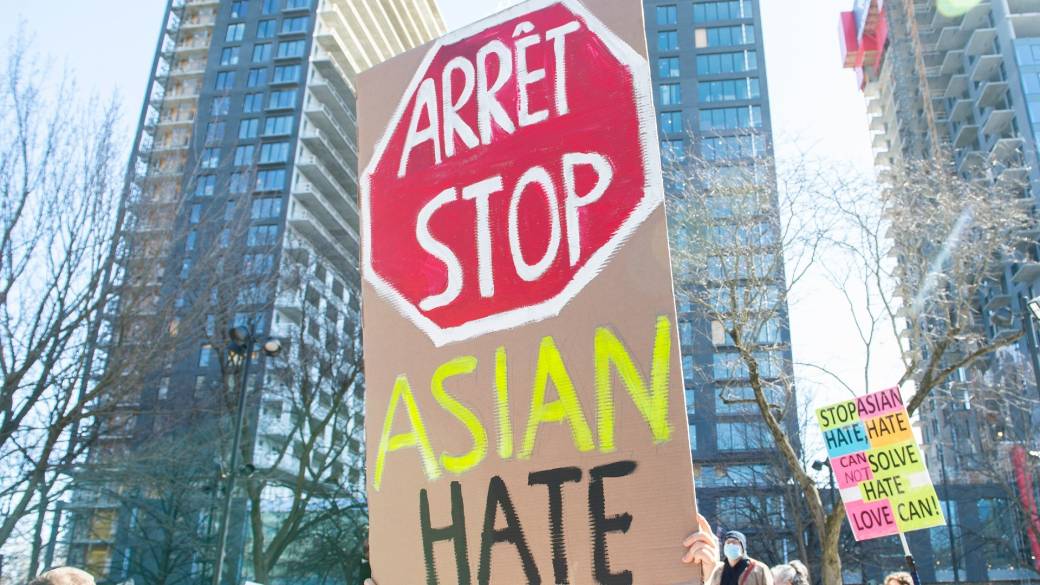