Living in British Columbia, Daria Lutz, 26, is in a more peculiar situation than most Canadians during the COVID-19 pandemic.

Until last Tuesday, when the province imposed a three-week-long “circuit breaker,” B.C. was one of few provinces that hadn’t entered a second lockdown after its first in March of last year. Masks were unregulated. Life went on relatively unchanged — at least when compared to other provinces with more stringent measures in place, such as Quebec or Ontario, where strict curfews and stay-at-home orders have been implemented to curb transmission.

But despite increasing cases of COVID-19 in B.C., Lutz, who works as a server at an Earl’s Kitchen and Bar in Whistler, spoke of “everyone having to go to work and act like life is normal.”

Meanwhile, she worried about her elevated exposure risk due to her work and avoided seeing friends even while following official guidelines on gatherings.

“There’s just that big mental health aspect that’s really been holding a lot of people down,” she said.

On March 24, she received the first dose of a COVID-19 vaccine. Now, Lutz says she feels like she can finally breathe again.

Age eligibility in British Columbia is between 60 and 79 years of age, but as a frontline worker at a restaurant, she qualified for an early vaccination and was slotted into an appointment on March 24.

“My family lives in Ontario. I haven’t seen my mom in over a year now,” she said. “Just being that much closer to hugging my parents again is really, really big.”

That sense of relief is being felt by Canadians at home and abroad as the federal government ramps up its vaccine rollout and rushes to inject Canada’s most vulnerable with any one of its authorized doses. 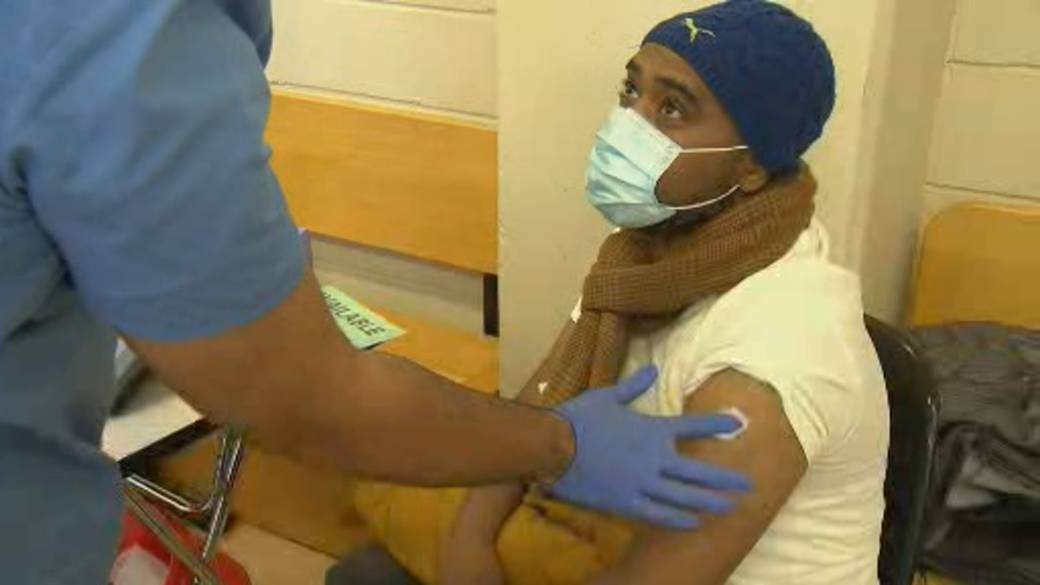 2:59
Will the vaccine rollout be able to outpace the new COVID-19 variants?

Will the vaccine rollout be able to outpace the new COVID-19 variants?

“It’s fantastic,” said Stanley Zhou, 27, who moved to San Francisco from Toronto in September to work as a scientist.

His father, who is 90 years old, was vaccinated on March 29 in Toronto.

“I’ve been abroad for the last six months, so I haven’t been able to be home and take care of them,” he said of his parents. “To be able to know that he is vaccinated and protected like that definitely makes me feel very relieved.”

To date, the federal government’s vaccination coverage page says 73.23 per cent of adults aged 80 and older have been vaccinated with at least one dose, while 92.48 per cent of adults living in long-term care facilities have received their first shot.

COVID-19 vaccines developed by Moderna, Pfizer-BioNtech, Johnson & Johnson and AstraZeneca have been approved for use in Canada. The country’s National Advisory Committee on Immunization (NACI) suspended the use of the AstraZeneca vaccine for Canadians under the age of 55 on March 29.

Read more:
P.1 variant is spreading in Canada. What do we know about it and vaccines?

According to the U.S. Centers for Disease Control and Prevention (CDC), people who have been vaccinated can now safely meet indoors without masks in small groups. In an announcement on March 8, the CDC said vaccinated people can also meet in a single household with people considered at low-risk for severe disease, such as in the case of vaccinated grandparents visiting healthy children and grandchildren.

Canada, however, has no such guidance yet.

Chief public health officer Dr. Theresa Tam said on March 9 that measures will adapt “when it is safe to do so … based on evolving scientific evidence and expert advice.” 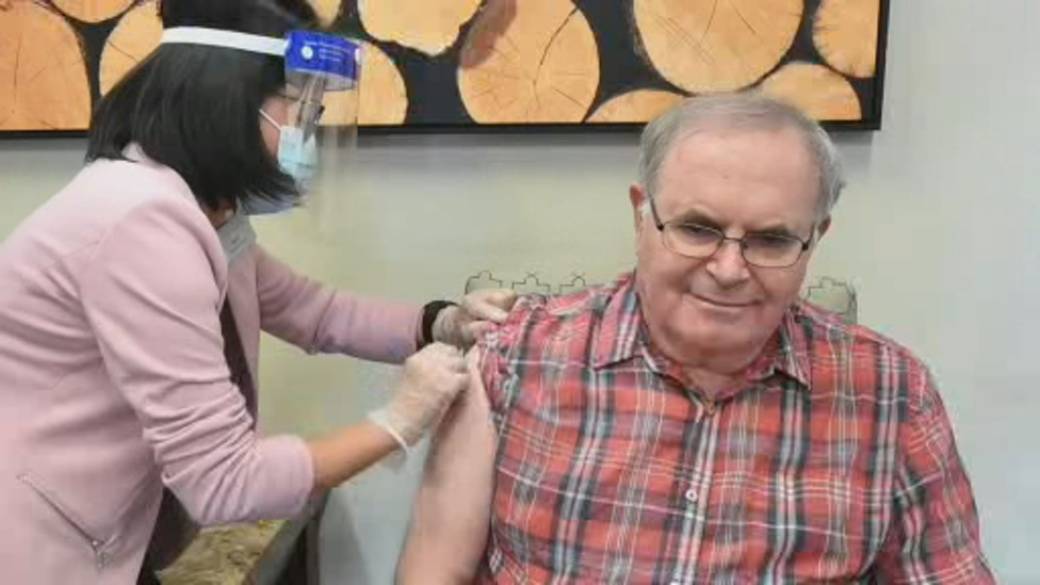 3:12
If you’ve received one vaccine dose, what are you allowed to do?

If you’ve received one vaccine dose, what are you allowed to do?

For some, that means any hope of a quick return to normal due to COVID-19 vaccines have been short-lived.

Montrealer Valerie Shoif, 28, spoke of initial excitement when all three of her grandparents, who are in their 80s, were vaccinated earlier this month.

“I was so happy. I was thrilled, things had slightly shifted. I thought I was going to be able to breathe a sigh of relief and since I’m so careful, I thought maybe I would get to see them a little bit more often or see them at all,” she said.

But that didn’t happen. Shoif’s grandparents may be vaccinated, but Quebec still has provincial guidelines that prohibit her from seeing her grandparents.

“Relief has quickly shifted to disappointment,” she said.

To make matters worse, the increasing threat of COVID-19 variants has only prompted more severe regulations from provincial health authorities.

Ontario Premier Doug Ford announced an “emergency brake” shutdown on April 1 for a period of four weeks that temporarily shuttered many small businesses and non-essential services.

Three regions of Quebec — Quebec City, Lévis and Gatineau — went under a 10-day lockdown on March 31 that will last until April 12. Saskatchewan extended all public health orders until April 12. 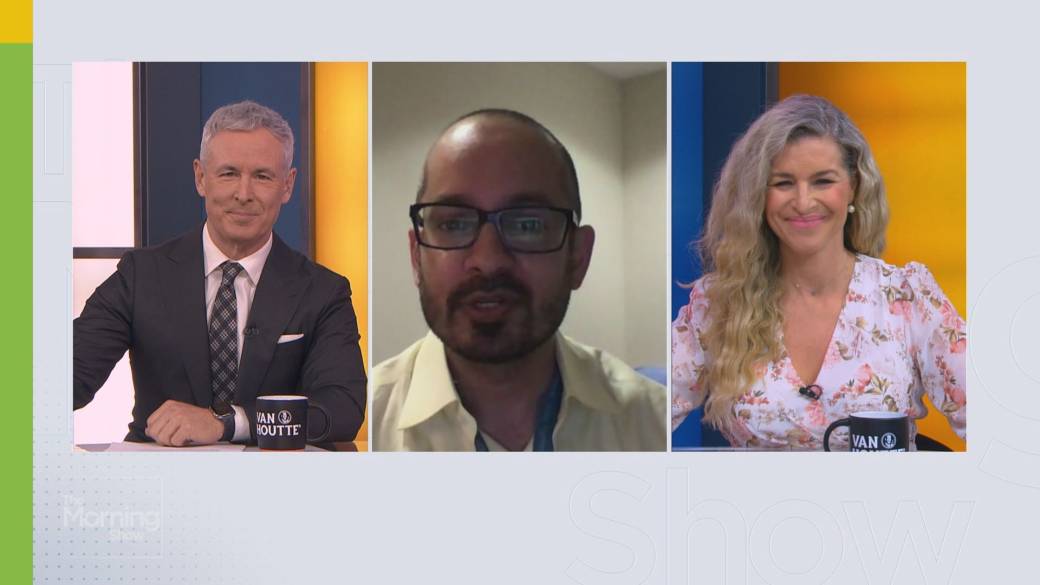 5:57
How deadly are the new COVID-19 variants? Doctor explains

How deadly are the new COVID-19 variants? Doctor explains

Max Smith, a professor at Western University’s Faculty of Health Sciences, advised against flouting public health measures just because a person’s been vaccinated.

“Until we hear otherwise from public health officials and until enough of the population is vaccinated and our case count gets low, (everyone) sticking to the public health measures like wearing a mask and socially distancing is the best bet to make sure that we get out of this sooner rather than later,” he said.

Vaccines aren’t 100 per cent effective, he said, adding there isn’t sufficient evidence yet showing that vaccines prevent transmission. This means that a person could still transmit COVID-19 even though it’s unlikely someone who has been vaccinated would have a severe outcome.

“You might transmit the virus to your grandparents, and even if they don’t get sick, they could still serve as a vector and then transmit the virus on to some of their other older friends or relatives who may not be vaccinated, which would just continue that spread, which could just make other people sick,” he said.

Previous articleOntario reports more than 3,000 COVID-19 cases, 8 deaths
Next articleOne dead after truck collides with bicycle outside of Leduc