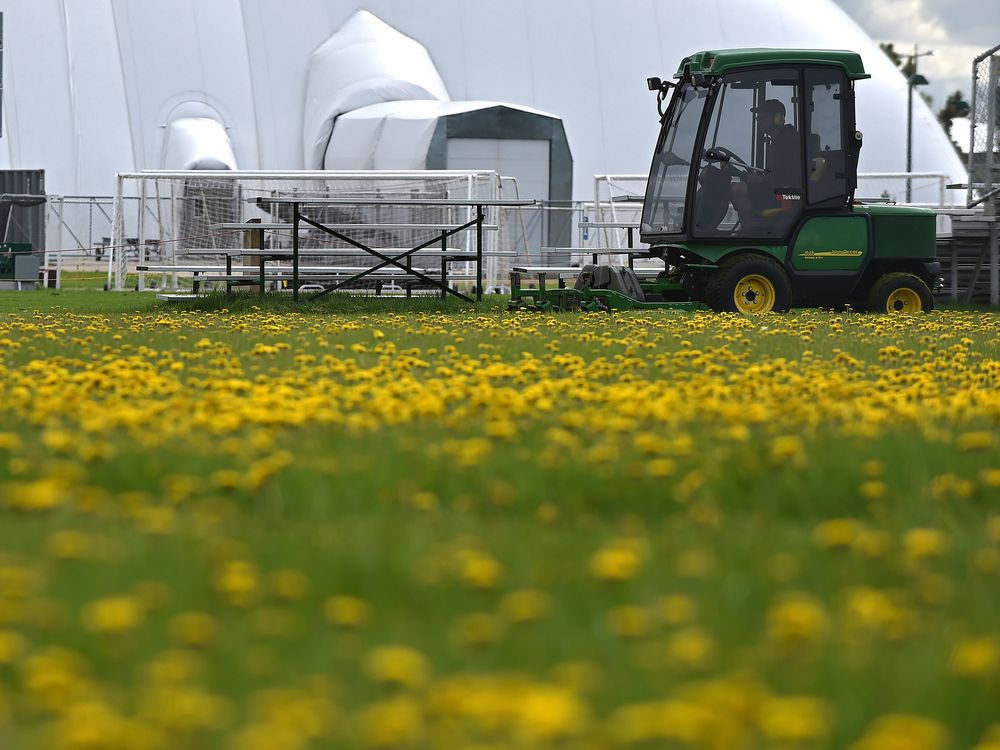 Edmontonians can expect to see longer grass and more weeds in many city parks this summer with reduced mowing cycles compared to pre-pandemic levels.

Neighbourhood parks, regular sports fields and boulevards will no longer be mowed weekly between April and mid-June and will instead be on a 10-14 day cycle throughout the whole summer, the city said Thursday. But this is an improvement from last summer when sudden COVID-19 financial pressures pushed the mowing cycle to 21 days until mid-July when the city decided to increase maintenance after many concerns from residents. Mowing was then ramped up to every two weeks until the end of the season.

Travis Kennedy, the city’s general supervisor of open space operations, said residents could see increased grass growth in the spring as well as longer grass around trees and fence lines with the new mowing cycle and a reduction in trimming from twice to once a year.

“Depending on the amount of precipitation we get this summer, you may see things like more dandelions and areas of taller grass especially in the early part of the spring and summer,” Kennedy said. “This is a slightly reduced service level to pre-pandemic service levels as we’ve eliminated the weekly mowing.”

Premier sports fields and high-profile parks will continue to be mowed weekly as per pre-pandemic levels, but there may be a higher level of weeds like dandelions due to a reduction in weed control. The city said it is transitioning from the expectation that all parks have to be highly manicured to embracing the natural environment and understanding the reality of non-regulated weeds. But Kennedy said if dandelions get out of hand on sports fields, the city has many tools such as herbicides to control weed growth.

The city is asking Edmontonians to not mow grass in parks on their own volition, which started last year due to the reduction in service, due to safety reasons.

This year, the city will also prioritize converting 150 hectares of land around stormwater management facilities into naturalized spaces. These areas will no longer be maintained for weeds or grass cutting and instead will grown out to increases habitat and food sources for plants, birds, wildlife as well as pollinators like bees and butterflies.

Data from last summer shows a doubling of usage compared to pre-pandemic years in many river valley parks and the trail system. The Gold Bar Trail had 196,958 users from June to September 2020 compared to 53,744 during the same timeframe in 2019.