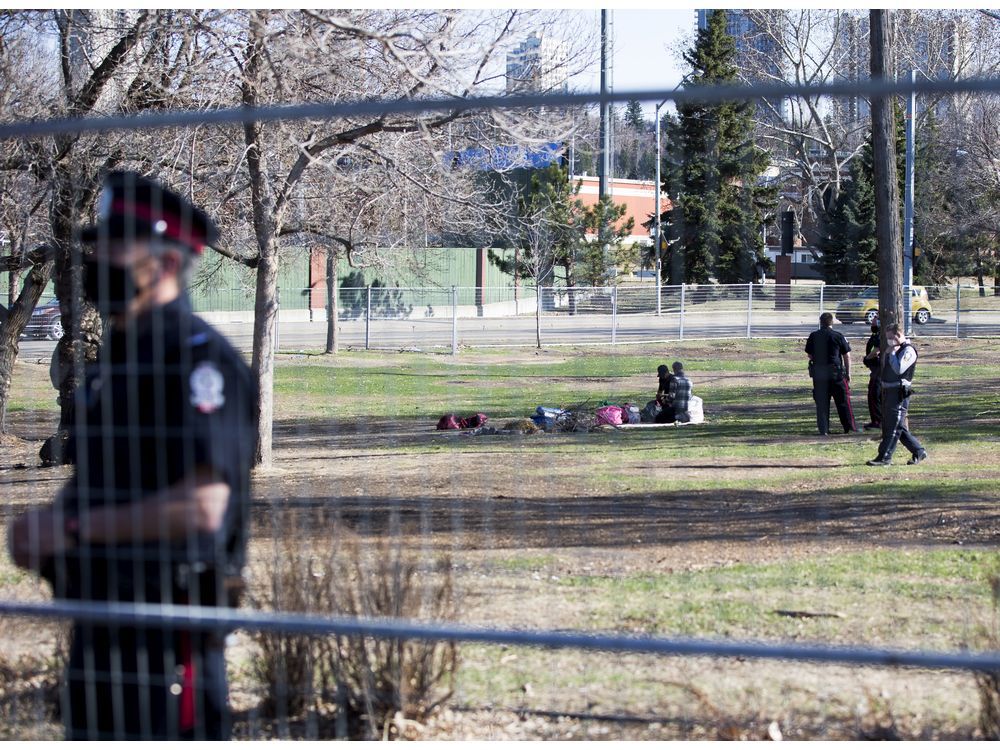 Activists involved with a former homeless camp in the city’s core are upset after police in tactical gear responded while camp members were holding a ceremony at the site.

The Prairie Sage Protectors, a group partly composed of volunteers and members of the former Camp Pekiwewin, said two community members were trying to light a small ceremonial fire Tuesday afternoon to honour a camp volunteer who recently died when a passerby called the cops. Shima Robinson, a member of the group, said several police officers in tactical gear responded. She said police told the two individuals that if they lit any fires they would be arrested.

Robinson said advocates were on site Tuesday for several hours to ensure the two community members were able to leave the situation safely.

Camp Pekiwewin was created last summer to draw attention to a lack of supports for vulnerable Edmontonians. The city closed the site in November when it opened the Edmonton Convention Centre as a temporary shelter. The site of the former camp remains fenced off as city workers continue to clean the area.

Robinson said the recent situation shows there is still work needed to be done following the camp’s calls to action last summer that included additional support for individuals experiencing homelessness. She said police should have sent the HELP team to assist the members with leaving the site and finding safe accommodation

“What has happened is people are continuously displaced,” said Robinson. “They don’t have access to that land and that’s a problem because that land has traditionally been dedicated to ceremonial practices.”

She said the city needs to follow up on plans to end homelessness and to work with indigenous communities. She called on the city to remove the fence around the site, noting there are no plans to re-establish a camp for the upcoming summer.

“The city had a lot of great things to say about honoring ceremony, honoring the treaty, you know, honoring the indigenous title of the land,” said Robinson. “But, when it comes right down to it, they fenced off the area. So there’s something disingenuous and inconsistent about those things when you place them in contrast with one another.”

City of Edmonton spokeswoman Carol Hurst said the fence will remain for the foreseeable future and turf rehabilitation will need to be completed before it can come down.

She said the city has been working with several partners throughout the COVID-19 pandemic to ensure there is enough physically distanced 24/7 shelter space for those facing homelessness.

“The city also worked with Homeward Trust to create a bridge housing program in the former jockey dorms on Exhibition Lands,” said Hurst. “The permanent solution to homelessness is safe, adequate and affordable housing with support. ”

She said the city is working with Homeward Trust to speed up construction on five supporting housing residences, which will provide 210 new homes.