ST. JOHN’S, N.L. — A team of Newfoundland and Labrador health-care workers took off for Ontario Tuesday morning, hoping to help their central Canadian colleagues battle a deadly third wave of COVID-19 that has pushed the province’s health-care system beyond its limits.

A massive Hercules military aircraft sat outside a St. John’s hangar, waiting with its rear door wide open for the three doctors and two nurses to board. Dr. Arthur Rideout was one of them and he told reporters he was nervous about the job ahead.

“It’s dire,” Rideout said of conditions in Ontario. “Their numbers and volume is much more, their capacity is being stretched.”

Ontario health authorities reported 2,791 new cases of COVID-19 Tuesday and 25 new deaths from the disease. In late April, daily case numbers regularly soared beyond 4,000 and health officials began transferring patients out of hospital beds and into long-term care beds in order to make space for COVID-19 cases. By contrast, Newfoundland and Labrador reported four new cases Tuesday, with 56 active infections across the province.

Rideout and his colleagues were scheduled to touch down in Deer Lake and in Stephenville, on the western side of the island of Newfoundland, to pick up two more nurses before carrying on to Ontario. The team will be working in Brampton for the next few weeks.

Last week, nine other health-care workers from the province flew to Ontario to pitch in, including Dr. Allison Furey, the wife of Newfoundland and Labrador Premier Andrew Furey. 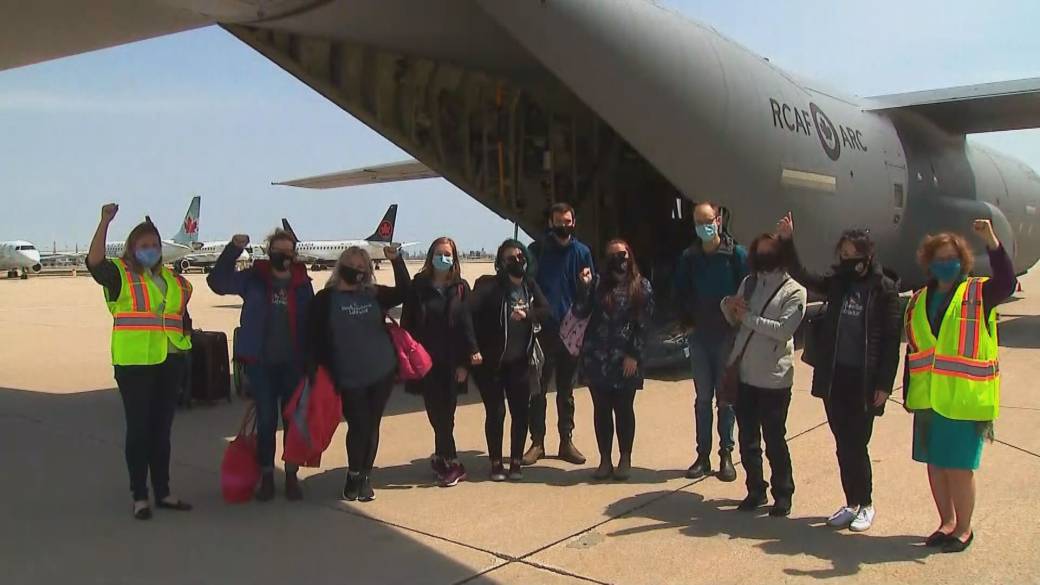 4:26
Dr. Allison Furey talks about being a part of the frontline team from Newfoundland and Labrador stepping in to help Ontario

Dr. Allison Furey talks about being a part of the frontline team from Newfoundland and Labrador stepping in to help Ontario

Furey said her reports from Canada’s most populous province were also grim. “She’s working very hard, long days,” Furey said, adding that health-care professionals in the province are “stressed” and “working to the maximum.”

Registered nurse Michelle Murphy said she, too, was nervous to go. “I had a lot of emotions and sometimes a bit of panic _ Can I do this? What am I facing? How’s it going to be? — but I think I have the personality for it, and I think I’ll be fine,” she said.

The premier, a surgeon, is a founder of Team Broken Earth, a volunteer group of medical professionals providing aid across the world, and both Murphy and Rideout have been on missions with Furey in the past. 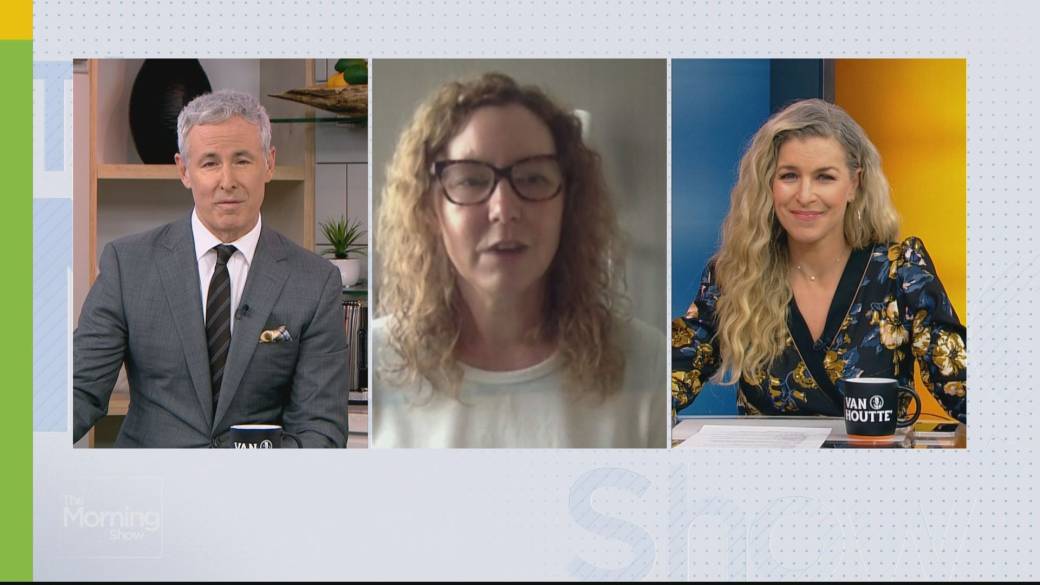 “I never dreamed I’d have the opportunity to give back here in my own country,” Murphy said. “If I can go there and I can give a nurse an extra five minutes on her coffee break or I can hold a hand of somebody or I can wipe the tear of somebody, then I’m helping.”

Furey has faced criticism for sending help to Ontario when parts of his own province face shortages. A report last month from a provincial task force found roughly half the people in Labrador, and on the tip of the Great Northern Peninsula, don’t have a regular health-care provider. He insisted on Tuesday that the two issues are not equivalent and said his government is working toward long-term solutions for regions like Labrador.

Murphy, too, disagreed with the criticisms. “We’re in the middle of a pandemic,” she said. “Ontario is facing some really tough times and the story coming out of Ontario is: they’re exhausted …. There’s no comparison between here and Ontario right now.”