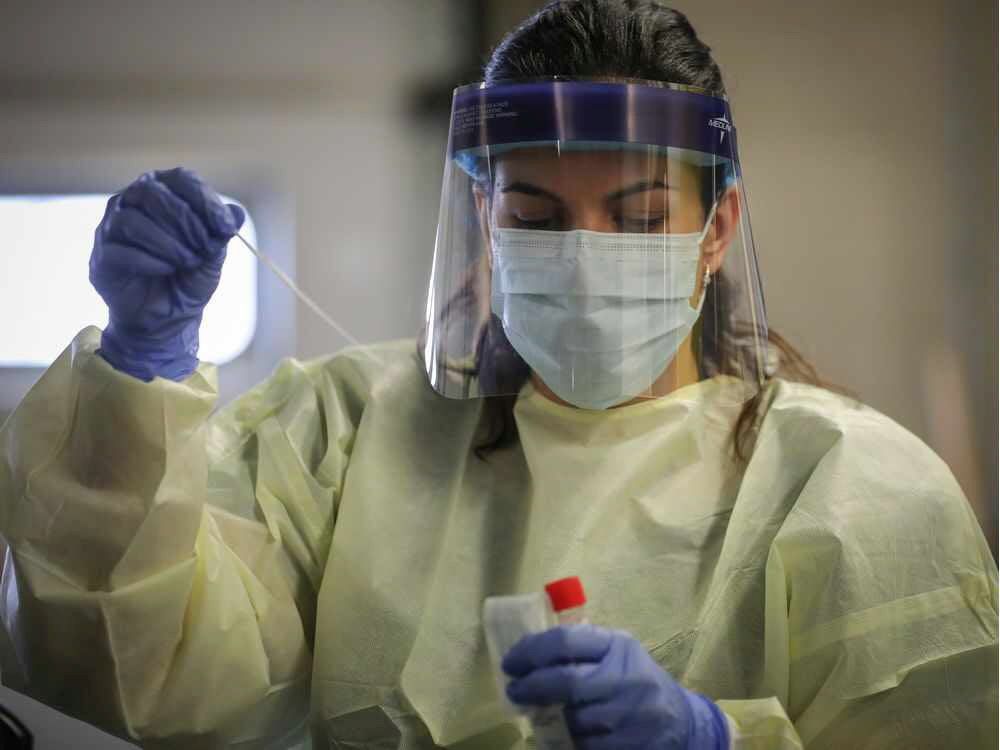 Alberta won’t be sending health-care workers to Ontario as this province has its own battle to wage with COVID-19, says a senior government spokeswoman.

Goodwin said Alberta has already provided assistance by offering surplus PPE and shipping more than 35 million units of gloves, masks, goggles and ventilators to not only Ontario but to British Columbia and Quebec as well.

“With COVID-19 cases and hospitalizations on a sharp rise here in Alberta, we are simply not in a position to send our health-care workers outside the province at this time,” she said in the email. “Our priority must be and will be the health and safety of Albertans, and that means making sure our hospitals are adequately staffed to treat COVID-19 patients.”

Goodwin said officials in the province will continue to have discussions with their counterparts in Ontario on how Alberta might provide support.

Alberta reported 1,616 new infections on Friday, bringing the total number of active cases to 16,759, the highest it has been since December. There are 423 people in hospital with the virus, 93 of those are in intensive care. The total number of deaths remains at 2,034.

The province added 989 new variant cases, which now make up 53.5 per cent of all active cases. The main strain continues to be B.1.1.7, which was first identified in the United Kingdom. Calgary Zone has the majority of variant cases with 6,459 followed by Edmonton Zone with 4,272.

More than one million doses of vaccines have been administered, resulting in more than 211,000 Albertans fully immunized with both doses as of Thursday.

The province announced Alberta Health Services will accept eligible walk-ins for the AstraZeneca vaccine at the Edmonton Expo Centre and the Southport clinic in Calgary as of Friday. This is in addition to the 26 pharmacies in the two cities that offer vaccines for Albertans between the ages of 55 and 64 on a walk-in basis.

Concerns over vaccine safety have risen following reports of blood clots possibly being linked to the AstraZeneca vaccine.

Canada reported one case of blood clotting linked to a vaccine in Quebec but Alberta’s chief medical officer of health Dr. Deena Hinshaw said Thursday there have been no cases reported in Alberta so far.

The province says AstraZeneca’s first dose reduces infection by 60 to 70 per cent. More than 27,500 doses of AstraZeneca have been administered in Alberta, along with 58,000 doses of CoviSHIELD/AstraZeneca.

“Vaccines save lives and they will get us through this pandemic,” she said. “With all the coverage out there, it can be easy to lose track of how rare these blood clots actually are.”