COVID-19: Alberta sees another day of lower cases and more shots in the arm 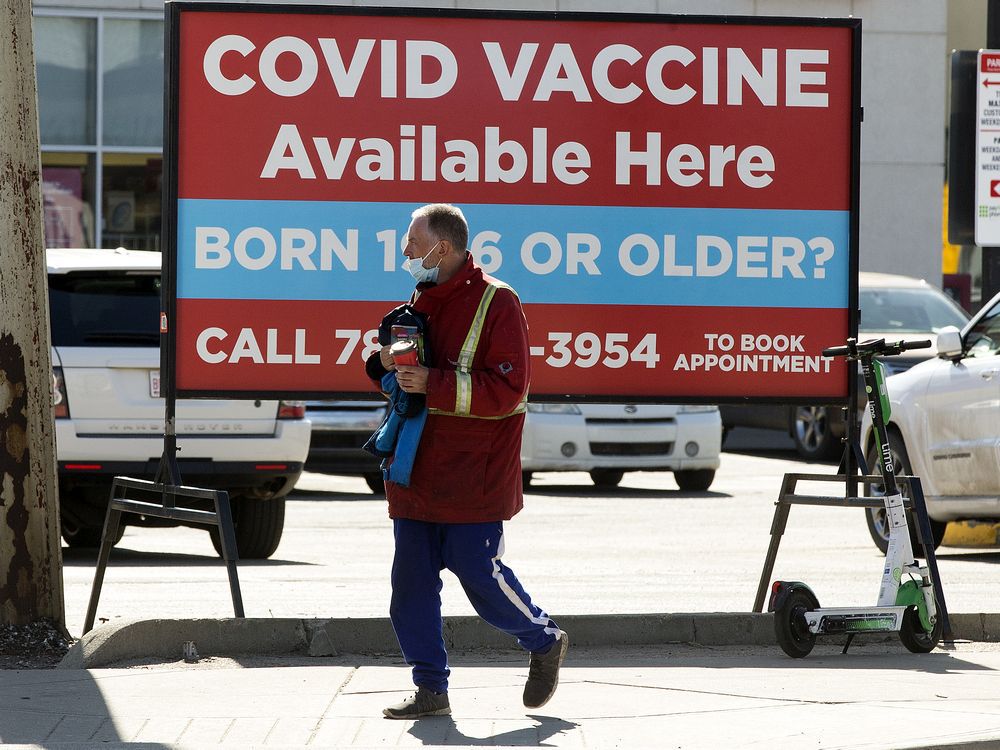 Alberta saw another day of declining new case numbers, with 1,140 reported as of the end of day Saturday after 11,858 tests were completed, bringing the total number of cases to 218,961.

The province also saw another day of big numbers in vaccinations, with 45,719 doses going into the arms of Albertans. A total of 2,189,999 doses have been administered and 328,414 residents have received both doses.

As of now, 41.6 per cent of Alberta’s population has received one dose of the vaccine, and 7.3 per cent are fully immunized.

Active cases in the province also continue to go down with the new active case count at 22,280, down 713 from the day before, and 1,850 more people have recovered from COVID-19 bringing the total recoveries to 194,538.

Hospitalizations have also seen a decrease of 39, however, the amount of people in hospital still remains high at 647 and the number of people in ICU has increased by eight — there are now 186 patients in intensive care.

On Sunday Alberta’s chief medical officer of health Dr. Deena Hinshaw tweeted: “We’ve made excellent progress over the last week with vaccinations. If you haven’t done so yet, I encourage you to schedule your vaccine appointment by visiting alberta.ca/vaccine.”

There were three new deaths in the province, an 80-year-old male from Calgary and two 70-year-old males from Edmonton. The total number of deaths in Alberta from COVID-19 is 2,143.

“My deepest sympathies to the friends and families of these individuals and to all those mourning a lost loved one,” said Hinshaw in a tweet.

A rodeo was held Saturday after receiving an exemption from ongoing health restrictions from Alberta Health. The event was hosted by the Alberta High School Rodeo Association in Ponoka.

The exception granted by Alberta Health required the rodeo to comply with the strict restrictions, such as limiting attendance to venue staff and rodeo participants, judges and personnel.

Calgary police arrested Calgary mayoral candidate Kevin J. Johnston on Saturday for attending an illegal public gathering. This comes a day after Alberta Health Services obtained a restraining order against Johnston for, among other things, threatening to harm AHS employees.

GraceLife Church of Edmonton has continued to hold services at unknown locations despite having its building shut down by AHS amid stronger enforcement of public health measures.

AHS spokesman Kerry Williamson said the department is aware of the videos of Pastor James Coates giving sermons but can only investigate if it has an address or location of the services.

— With files from Jason Herring and Dylan Short