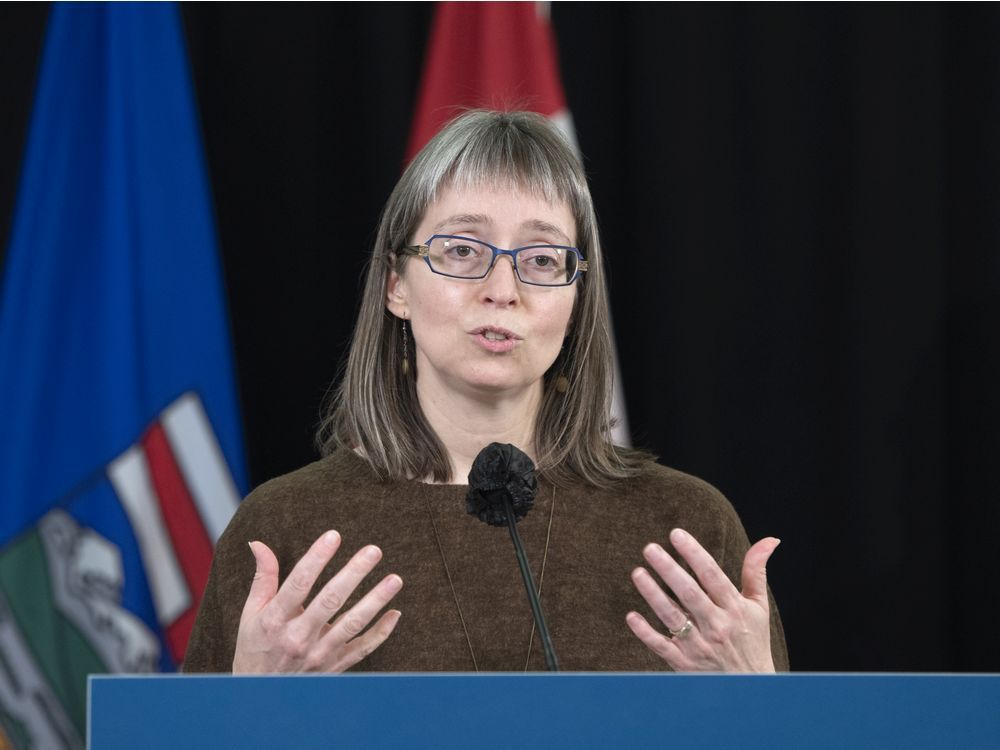 Alberta reported an estimated 1,100 new cases of COVID-19 on Friday, the highest daily case count since near the beginning of the year, and 300 new variant cases.

Chief medical officer of health Dr. Deena Hinshaw gave an update of the province’s “preliminary data” through her Twitter account Friday. There was an eight per cent positivity rate and 13,300 lab tests completed.

Hospitalizations “remain stable,” and 15,000 vaccine jabs were given, totalling 675,000 doses to date, the tweet says.

Premier Jason Kenney asked Albertans to follow health rules ahead of the long weekend saying Alberta was in the midst of a new wave of COVID-19 but did not announce new health measures.

He said at the end of January if numbers rise to the levels seen in November the province would be forced to bring in more restrictions. He repeated that message on Thursday.