COVID-19 burnout is real — and your employer is worried about it, too

Jonathan Frostick’s first resolution after suffering a heart attack in April was to cut down on video conferencing at work.

“I’m restructuring my approach to work,” Frostick continued. “I’m really not going to be putting up with any s#%t at work ever again — life literally is too short.”

The vow struck a chord. The post has attracted more 295,000 likes and 15,000 comments so far, with readers sympathizing with Frostick and sharing their own stress-induced near-death experiences.

Frostick’s musings went viral at a time when workers and companies around the world are growing increasingly wary of burnout during the COVID-19 pandemic.

Read more:
‘Burnout’ is a thing, doctors say. Here are the symptoms

In Canada, a recent survey conducted by Angus Reid Group for software company Sage Canada found that one-third of workers worry exhaustion will affect their ability to do their job. Among employers, nearly half of small and medium-sized businesses said they are concerned that employee burnout will hit their bottom line.

Both HR experts Global News spoke to about the problem described it as “a huge issue” for both employees and employers.

Burnout is affecting all levels off staff, from junior employees through middle management to business leaders, says Laura Williams, a labour and employment lawyer at Williams HR Law.

“We’ve been stressed and strained in ways that we’ve never experienced before or contemplated that we would experience,” she adds.

Allison Venditti, who has worked as both a career coach and HR consultant to employers, has also noticed burnout across the corporate ladder.

“It doesn’t matter what stage of life you’re in, everybody seems to be struggling,” says Venditti, who runs Moms at Work and Ready to Return, organizations devoted to creating equitable workplaces for working women and parents. 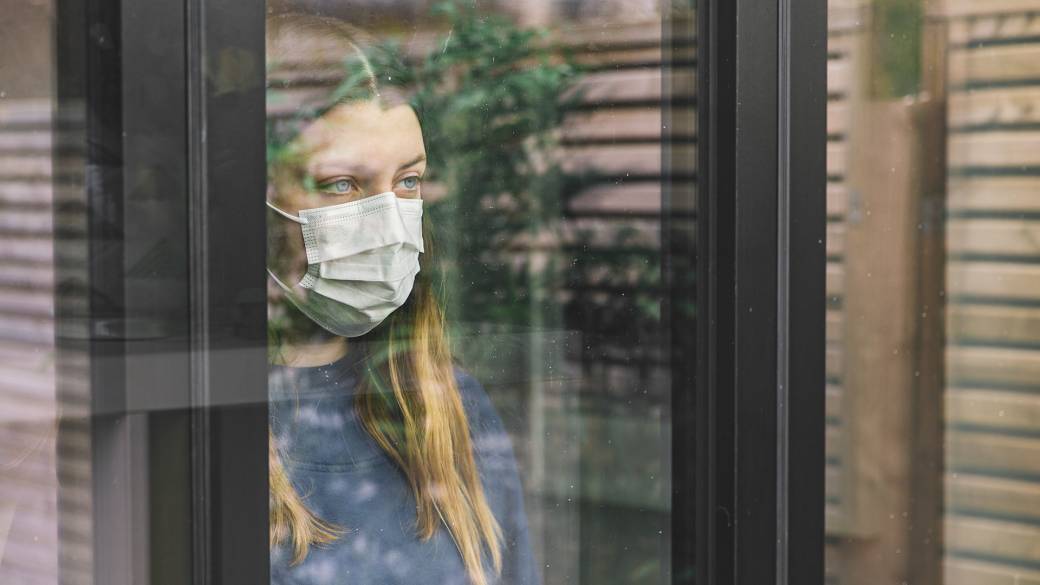 1:47
The trending word that describes the dominant feeling of 2021

The trending word that describes the dominant feeling of 2021

While the pandemic is taking an enormous toll on the mental well-being of health care and other front-line workers, many white-collar professionals far removed from vanguard of the battle against COVID-19 are also experiencing what feels like an increasingly unbearable strain.

For some, work-from-home directives have erased lengthy commutes to the office, only to blur the distinction between on- and off-hours, with work now starting in the wee hours of the morning or stretching after dinner and into the weekends.

Read more:
Mothers of kids under age 6 make up majority of workforce exodus amid coronavirus: RBC

Parents — and especially working mothers — have been stretched trying to juggle their professional roles and playing teacher at home through repeated school shut-downs.

Others are struggling with loneliness and dread without in-person interaction with colleagues, friends and family.

And to Frostick’s point, experts are starting to think there may be something to so-called “Zoom Fatigue.”

“It turns out that millisecond delays in virtual verbal responses negatively affect our interpersonal perceptions, even without any internet or technical issues,” reads a recent article by Dr. Jena Lee in Psychiatric Times. 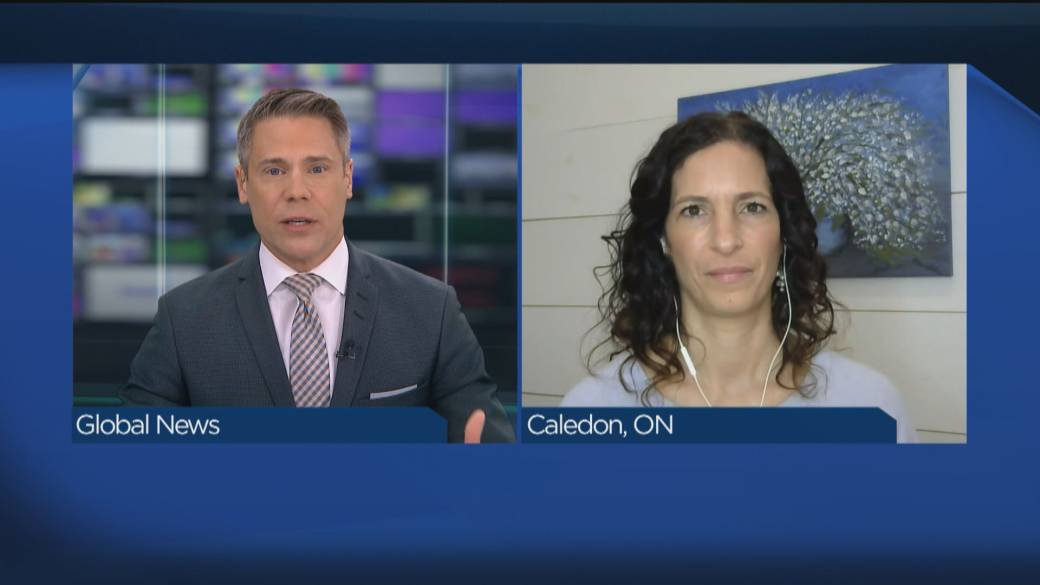 That, coupled with the struggle to make eye contact through the camera and decipher communication without social cues like touch and body posture, may be diminishing the psychological reward we derive from social interactions through the screen, resulting in mental fatigue, research shows.

It doesn’t help that, in some industries, workers — while lucky to keep their jobs — are facing unprecedented workloads due to circumstances brought on by the pandemic.

Many accountants, for example, have been pulling record hours well beyond the frenzy typical of tax season, Bruce Ball, vice-president of taxation at CPA Canada, has previously told Global News. Tax pros are facing an onslaught of new, pandemic-related tax and benefits provisions.

And the federal wage and rent subsidy programs for businesses require monthly applications, which is resulting in extraordinary workloads for many accountants, according to Ball.

And then, of course, there’s the sheer weariness of being in a pandemic for 13 months and knowing the fight is far from over, as the third wave dashes hopes of a quick return to normal in the summer.

Until now, Venditti says, many workers have muddled through, hanging on to their jobs and putting in long hours to prove themselves. But more than a year into the COVID-19 emergency, “people are tired,” she says.


What to consider if you’re feeling burned out

The World Health Organization defines burnout as “chronic workplace stress that has not been successfully managed.” The symptoms include feelings of exhaustion, detachment and cynicism towards one’s job and reduced productivity.

If you’ve reached that stage, often the answer is to take a break, says Williams.

Many workers are reluctant to use vacation days when they won’t be able to travel, but using that paid time off now is the right thing to do if you’ve run out of batteries, both Williams and Venditti say.

Other routes may include applying for short-term or long-term disability, if you have a mental health diagnosis, Williams says.

But the reality is often taking a breather means taking a pay cut, something that simply isn’t an option for many workers right now, she adds. 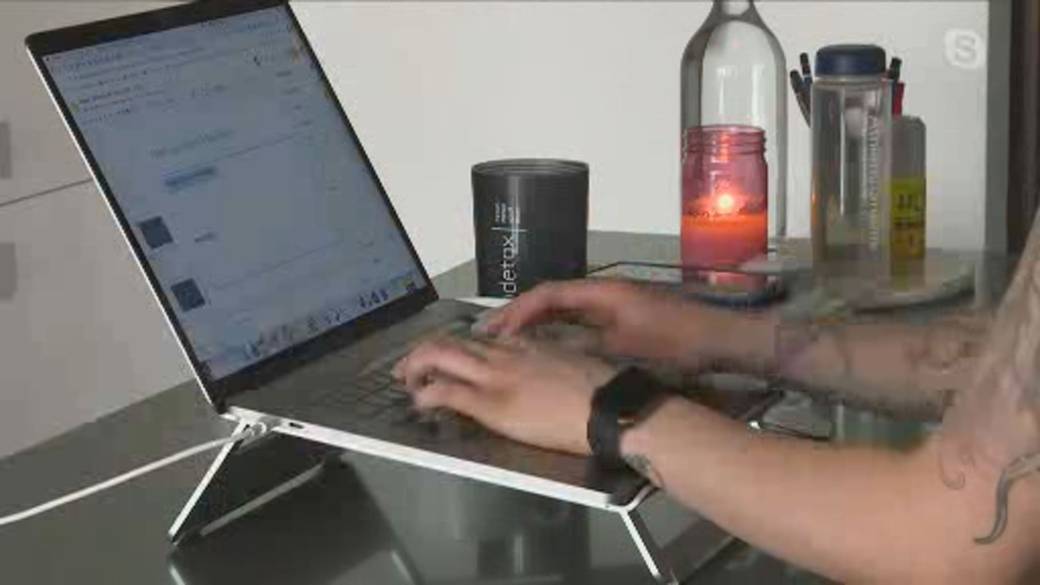 And for some, there is no choice other than to leave the job, something many working mothers have been forced to do since the start of the pandemic, Venditti says.

In Canada, almost 100,000 women aged 20-plus had left the workforce as of January, ten times more than the number of men who’d left the labour market, according to an analysis by RBC. And while the numbers reflect the fact that female-dominated industries have been disproportionately affected by the pandemic-linked economic downturn, data shows the exodus also includes scores of working moms, especially those with children under the age of six.

If you’re contemplating quitting your job, it doesn’t hurt to inquire with your employer about getting a severance package, Venditti says.

Being let go — rather than walking out — may entitle you to severance pay and allow you to access Employment Insurance, Venditti notes.

“If you resign, you get nothing. If you get to get laid off, then you have options,” she says.

It may sound counterintuitive to ask your employer whether they can formally lay you off, but if your company is already contemplating cutbacks, your request may be welcome, she adds.

And don’t worry about what that layoff will look like on your resume. Most employers won’t be fazed by a job loss during the pandemic, Venditti says.


How employers can help

Burnout is a serious concern for employers as well. An exhausted workforce often means declining productivity and a heightened risk of mistakes like slip-ups implementing COVID-19 safety protocols, Williams says. Burned-out employees may provide sub-par services and cost their company clients, she adds.

And increasingly, Williams says she’s seeing exhaustion resulting in bullying and harassment in the workplace.

“We’ve seen a lot of that in our practice, particularly as investigators in workplaces,” she says.

The problem of burnout is often especially severe for small and medium-sized businesses that may be financially stretched and not able to hire extra staff, both Williams and Venditti say. 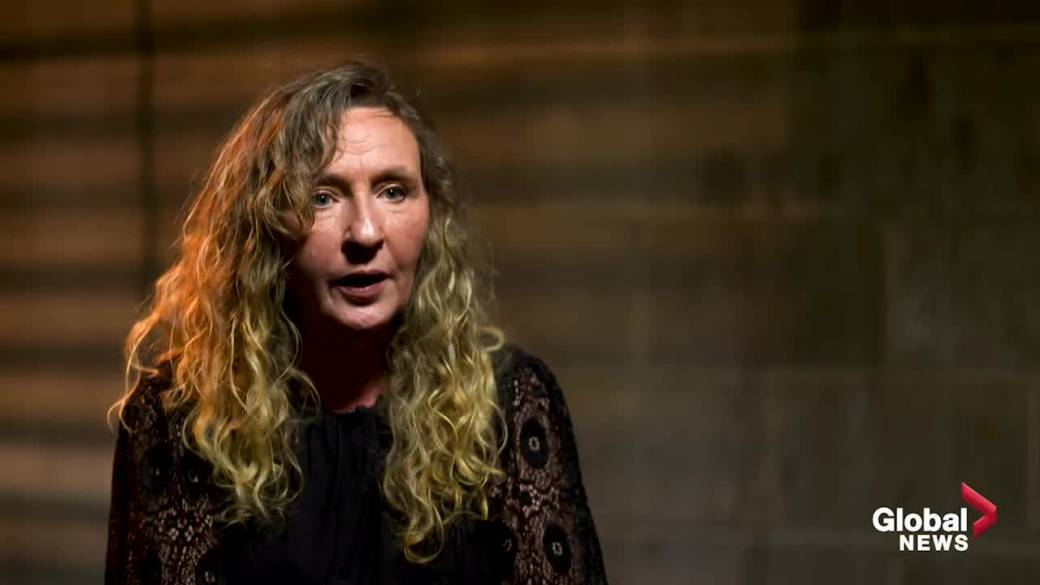 Many employers, on the other hand, have taken a variety of steps to mitigate their workers’ exhaustion.

RBC and TD, for example, have given employees an additional day off, a move both banks said is meant to help employees cope with the pressures of the pandemic. Thomson Reuters also recently announced it is giving employees a “mental health day off,” on May 7, the second such day off the company has instituted since the start of the health emergency.

Many are also offering virtual seminars on mental health and complimentary sessions with wellness experts, along with Zoom yoga classes and gift cards for work-from-home lunches.

But the most important thing is for employers to ask workers what they need, Venditti says.

In most cases, she says, the answer is simple.

“They need certain hours that they know they can turn off to spend time with their family.”

Stocks point to lower open, crude down amid unrest in China

Wall Street is heading lower Monday as crude prices dip and widespread protests in China calling for Xi Jinping to step down over COVID-19...
Read more