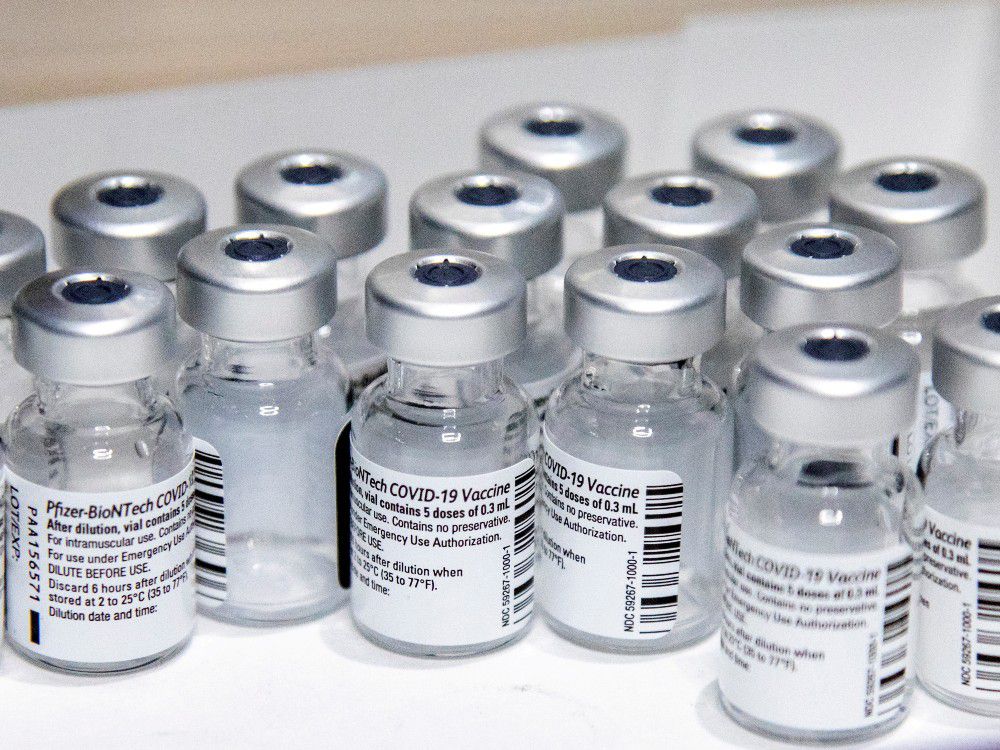 Alberta’s chief medical officer of health Dr. Deena Hinshaw tweeted a message Saturday urging Albertans to continue to follow the provincial COVID guidelines. And she reminded people to take advantage of the outdoors.

“I encourage you to enjoy the warmer weather this weekend,” she said on Twitter. “Find ways to spend time outside like going for a walk or bike ride with your household.”

There were 386 more cases identified as variants of concern, bringing the total active variant cases in the province to 5,776.

It was also another day of high numbers of doses of vaccine administered, with 57,691 handed out as of the end of day Friday, bringing the total to 2,144,280. Of those, 327,063 are second shots. Alberta passed the two million doses administered threshold on Thursday.

The number of active cases in Alberta also continued to drop by 880 Saturday, so the province now sits at 22,993, with the Calgary Zone recording the highest number at 10,908, while Edmonton had the second-highest number at 5,140.

The number of people in hospitals did go down slightly, by 27, meaning there are now 686 people still in the hospital, but there was a slight increase of people in the ICU bring the total to 178.

“These are people who mattered to their friends, their loved ones & their communities,” Hinshaw tweeted. “My condolences go out to anyone mourning a loss today, no matter the cause.”

On Thursday Hinshaw said Albertans who can’t wear a mask for medical reasons will now need a doctor’s note to prove it.

“This letter is important to have, especially if requested by enforcement officials for not complying with the legal requirement to wear a mask in indoor public spaces,” Hinshaw said.

On Wednesday Speaker Nathan Cooper sent out a memo saying that the Alberta legislature will remain closed until May 25 due to “ongoing health concerns arising from the pandemic.”