India reported its smallest daily increase in coronavirus infections in nearly three weeks on Saturday, with deaths still near the 4,000-mark, but federal health officials said cases and fatalities are rapidly stabilizing in this wave of the pandemic.

The overall rate of positive cases per tests had dipped to 19.8 per cent this week from 21.9 per cent last week, federal health officials said in a briefing, but warned that cautiousness must continue.

Randeep Guleria, director of AIIMS Hospital in Delhi warned that secondary infections like mucormycosis or “black fungus” were adding to India’s mortality rate with states having reported more than 500 cases recently in COVID-19 patients with diabetes.

Earlier in the day, Prime Minister Narendra Modi told officials to focus on distributing resources including oxygen supplies in the hard-hit rural areas, according to a government statement.

He also called for more testing in India’s vast countryside, which is witnessing a rapid spread of the virus, it added.

In Geneva, the World Health Organization’s chief said India was a huge concern, with the second year of the pandemic set to be more deadly than the first. 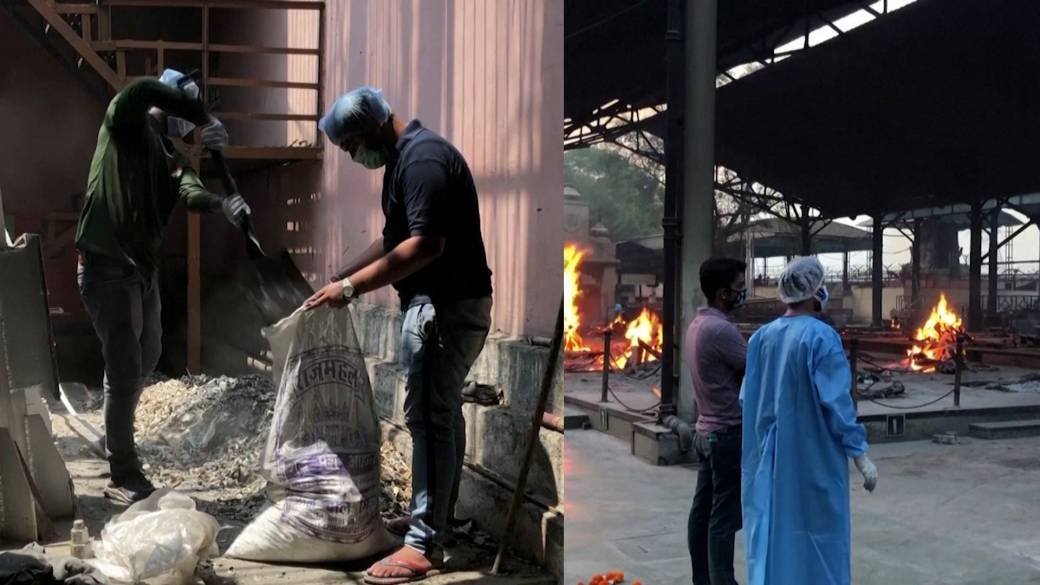 Tedros Adhanom Ghebreyesus spoke to an online meeting after Modi sounded the alarm on Friday over COVID-19’s rapid spread through the countryside.

Four thousand WHO-supported oxygen concentrators arrived in Delhi on Saturday and will be rushed to states over the next 2-3 days to support the COVID-19 response, Tedros tweeted.

During the past week, the south Asian nation has added about 1.7 million new cases and more than 20,000 deaths in a second wave of infections that has overwhelmed hospitals and medical staff.

Bodies floating in the Ganges

Police are patrolling the banks of the Ganges in India’s most populous state of Uttar Pradesh to stop any dumping of corpses in the river, a government official said.

“We keep recovering 10 to 20 bodies every now and then,” Navneet Sehgal, a spokesman for the northern state, which has more people than Brazil, told Reuters. “We have put a police force on the river and have also sent communications to local authorities that this practice be stopped.”

Sehgal was denying a report in the Asian Age newspaper, citing federal government sources, that nearly 2,000 bodies of possible virus victims had been pulled from the river in the past week or so.

Some riverside villages did not cremate their dead in line with Hindu tradition during certain periods of religious significance, he added.

The state’s virus infections officially peaked late last month but experts say many more cases are going undetected in the villages, home to the bulk of the state’s 240 million people. 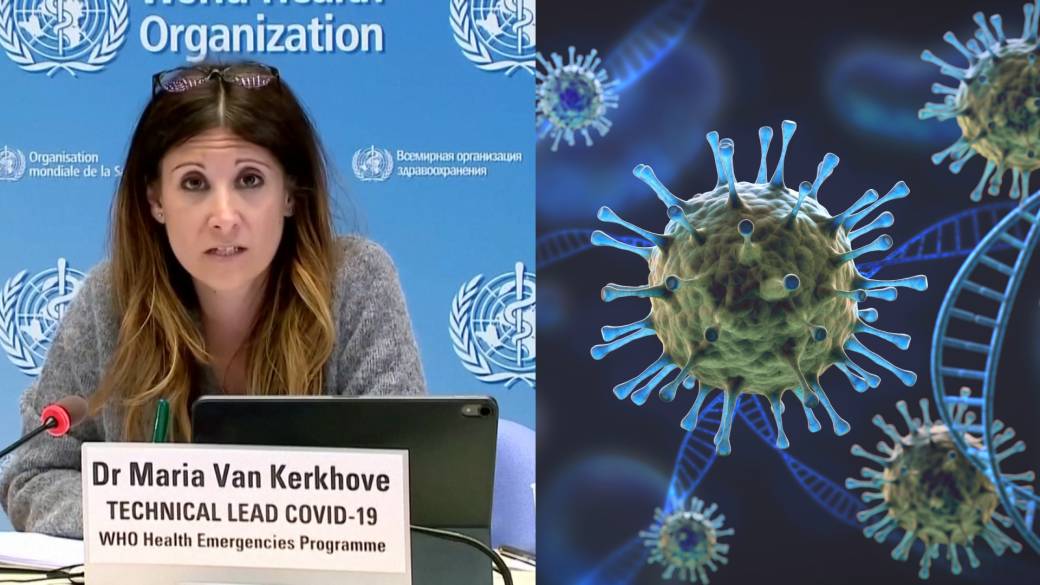 2:55
WHO classifies COVID-19 variant first identified in India as being of global concern

Cases have fallen steadily in some Indian states hit by an initial surge in infections, such as the richest state of Maharashtra and the capital New Delhi, after they imposed stringent lockdowns.

Delhi’s positive cases as a share of tests have fallen to 11 per cent, Chief Minister Arvind Kejriwal told a news briefing, from more than 30 per cent early this month.

But the eastern state of West Bengal, which held elections last month, had its biggest single-day spike. On Saturday, it ordered a state-wide lockdown for 15 days until the end of May.

Some other states, such as Karnataka in the south, have also reported recent rises, implying a fall in overall cases is still some time away.

Prime Minister Boris Johnson vowed to accelerate Britain’s vaccination programme, reducing the gap between doses for the vulnerable, to try to contain a fast-spreading variant first detected in India.

Johnson’s comments came soon after India accepted a government panel’s recommendation to double to 12 to 16 weeks the gap between doses of the AstraZeneca vaccine, even as many states continue to complain of vaccine shortages.

The India government’s decision to increase the gap between doses was “a scientific decision and not expedience,” government advisor V K Paul told reporters at a press conference.