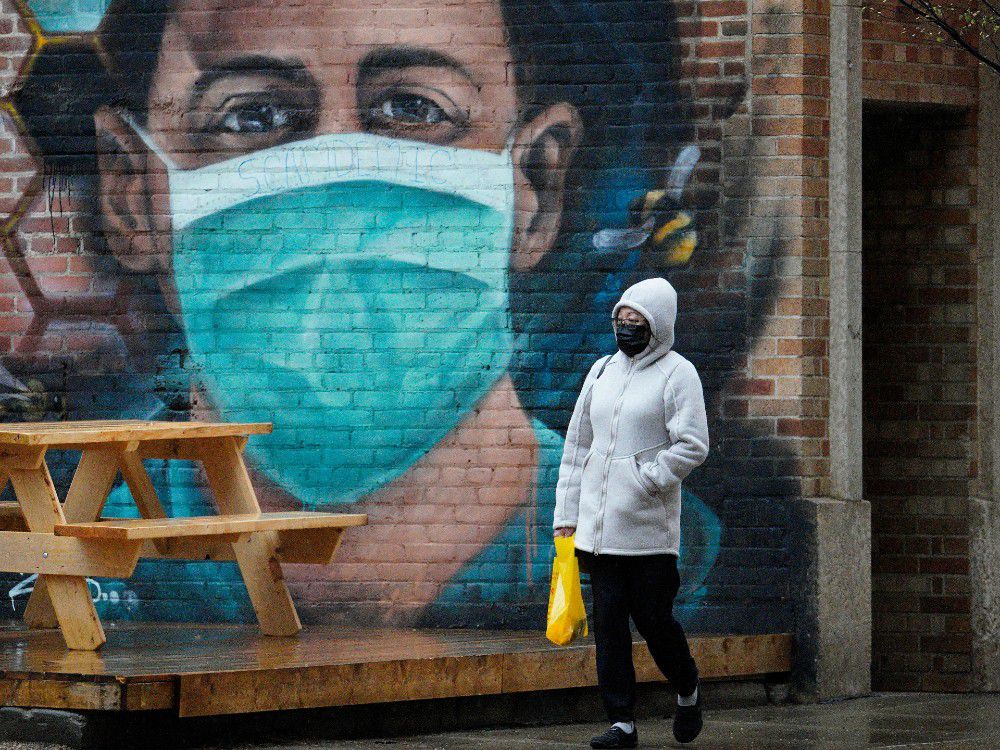 On Saturday, chief medical officer of health Dr. Deena Hinshaw announced 621 new cases of COVID-19, down from 732 the day before. The test positivity rate sat at 6.7 per cent on 9,500 tests, down from 7.4 per cent Friday.

There were 617 people in hospital for COVID-19 including 164 in ICU. Hinshaw also reported six new deaths related to the illness.

With the exception of deaths, all those numbers were down from last Saturday.

Alberta’s R value currently sits at .84, which indicates transmission is decreasing. The R-value measures the number of people an infected person will spread the illness to on average.

A mix of sun and cloud. 30 per cent chance of showers early this morning and this afternoon. Risk of a thunderstorm this afternoon....
Read more
Facebook
Instagram
RSS
Twitter