TORONTO — Medical experts say Ontario will have to significantly scale up its vaccination effort to achieve its goal of fully inoculating all willing adults against COVID-19 by the end of the summer.

The president of the Ontario Medical Association the province should use all available vaccine facilities and engage more family doctors to reach its goal.

“If we were in a position of unlimited supply and we were able to use all of our resources to provide those vaccines, we’d stand a fighting chance,” Dr. Samantha Hill said.

Premier Doug Ford said Thursday that the plan is contingent on continued vaccine supply from the federal government in the coming months.

Ford has been more vocal recently in his criticism of the federal government’s handling of the pandemic, calling for tighter border control to prevent cases of the COVID-19 variants from entering the province.

Prime Minister Trudeau has accused the Progressive Conservative premier of playing politics during the pandemic.

A spokeswoman for Ford’s office said Friday the province can hit the Sept. 22 target if the province receives approximately eight million doses by the end of June, and an additional 11 million doses to fully vaccinate Ontarians aged 12 and over.

“If we were to get that supply, we could dramatically increase our capacity to administer vaccines,” Ivana Yelich said in a statement. “If they can get us the supply, we will work to get Ontarians fully vaccinated this summer.”

Ontario administered 141,765 COVID-19 vaccine doses on Thursday for a total of more than 6.7 million doses given out so far.

University of Toronto epidemiologist Ashleigh Tuite said now that vaccine supply appears to be less of an issue, the “two-dose summer” effort should be focused on how to get shots into arms as quickly as possible.

She said the government should clarify its plan for second doses, given the confusing, “piecemeal” vaccination campaign thus far.

“We don’t really have a unified system and there’s clearly some confusion amongst the public to how exactly we get our second dose,” she said. 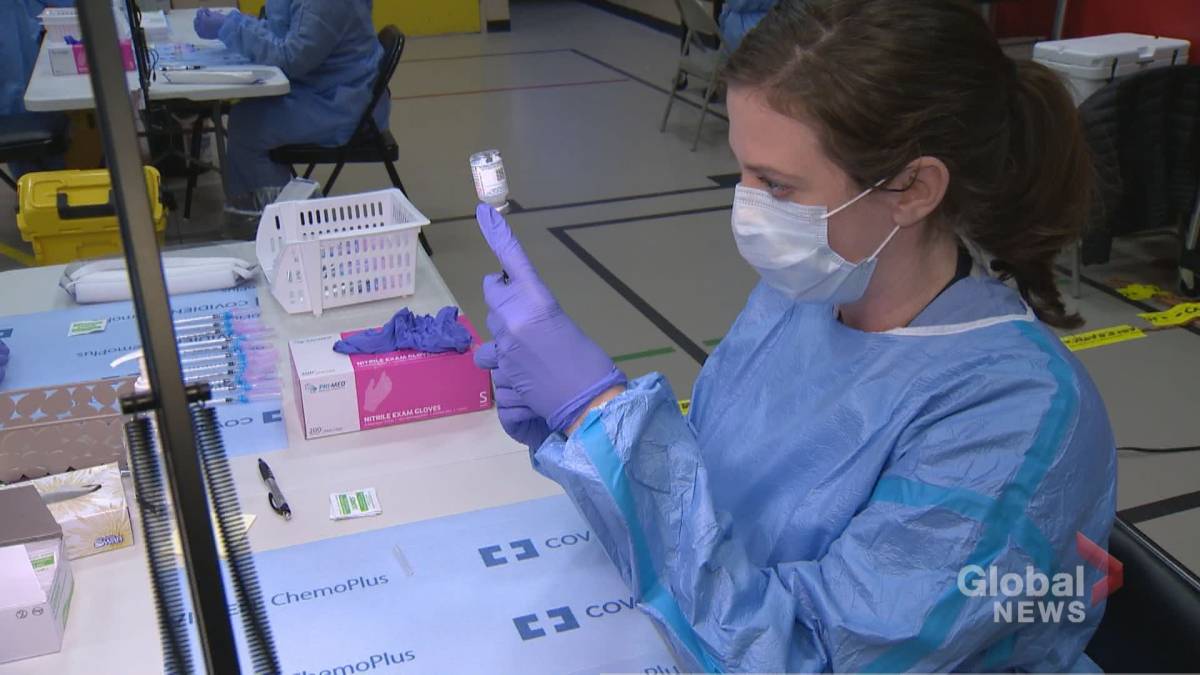 2:22
Behind-the-scenes with the team preparing COVID-19 vaccine vials in Toronto

Having a fully vaccinated population makes the future “a lot brighter,” she said.

“I think it’s going to be really important, thinking back to the government and their role in all of this, to have some more clear communication around this.”

The CEO of the Registered Nurses’ Association of Ontario said the province will need to greatly speed up its rollout more aggressively if it wants to hit the Sept. 22 target.

Doris Grinspun said the province must recruit more health-care workers to help administer doses and should be running its mass clinics 24/7 to maximize output.

“If we have enough vaccines we should open it to everyone, absolutely,” she said. “I believe that we can get all the vaccines into arms in a very short period of time if we utilize all the resources … which we are not right now.”

But NDP deputy leader Sara Singh expressed skepticism about whether the province had a plan to match Ford’s promise.

The vaccine rollout has been “slow and very sloppy” and even now many people are struggling to book appointments to get a shot, she said.

“We actually need to make sure people are getting their first dose before we can even start having those conversations about making sure they get their second,” she said.

The province reported 2,362 new COVID-19 cases Friday, and 26 more deaths from the virus.

There were 1,582 COVID-19 patients in Ontario hospitals as of Friday morning. Of those, 777 people were in intensive care and 560 were on ventilators.