The number of cases involving a variant of concern has climbed by six to 3,473.

Read more:
LHSC surgery volume at 88% of pre-pandemic levels with backlog of 6,000

Two cases have been confirmed to involve the Beta variant (B.1.351), first identified in South Africa.

A total of 11,358 COVID-19 cases have been confirmed in London since the pandemic began, while 360 have been in Middlesex Centre.

Further information can be found on the health unit’s Summary of COVID-19 Cases in Middlesex-London page. 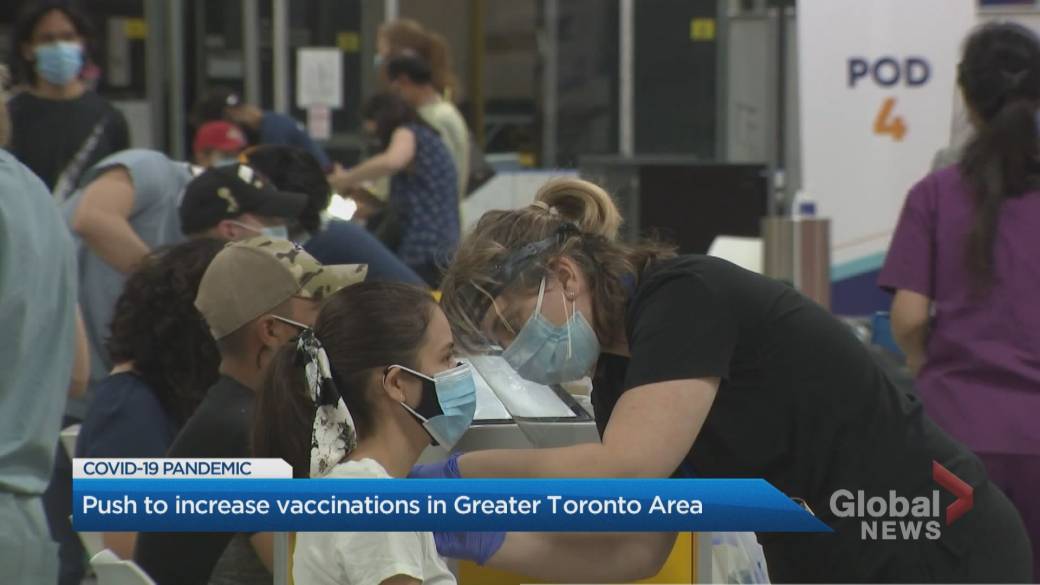 At least nine COVID-19 patients are in the care of London Health Sciences Centre as of Tuesday, a decrease of one from Monday, with fewer than five people in the intensive care unit.

No patients in acute care and fewer than five in the ICU are from outside of the region, the organization says. LHSC only provides specific numbers when there are more than five to protect the privacy of patients.

Fewer than five staff members at LHSC were positive for COVID-19 as of Tuesday.

LHSC is reporting that an outbreak at University Hospital, declared June 13, in 8TU Transplant Unit has resolved, though health unit data has yet to reflect that. The outbreak was believed to be linked to the Gamma variant, though full sequencing is still in process, LHSC says.

At St. Joseph’s Health Care London, the organization reported no COVID-19 cases among its patients or staff as of June 24, the most recent data available.

No new outbreaks have been reported.

LHSC says the 8TU Transplant Unit outbreak at University Hospital, mentioned above, has resolved. However, the MLHU’s COVID-19 dashboard still lists the outbreak as active as of noon Tuesday. 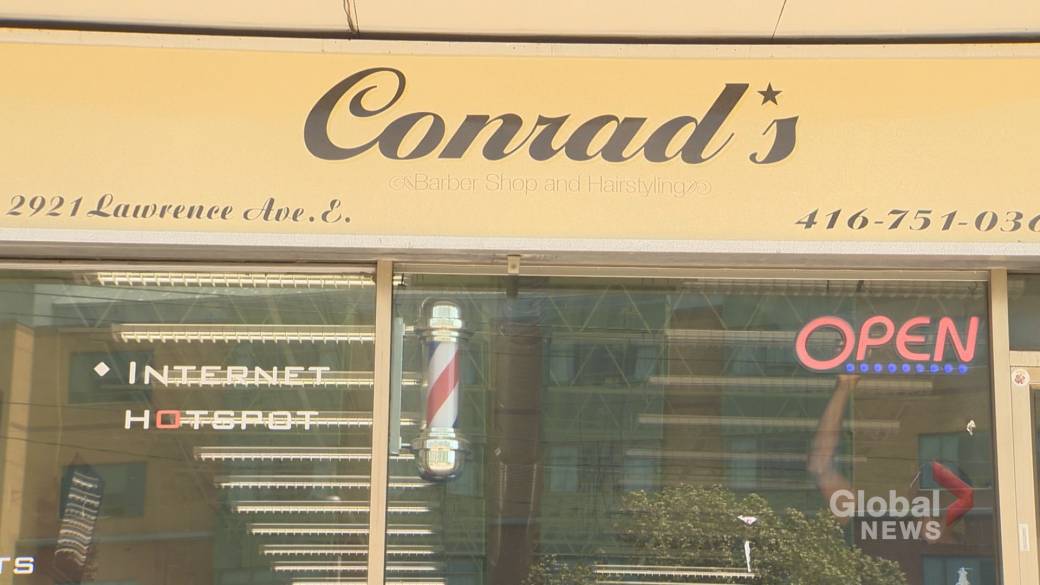 As of Monday, eligibility for shortened second-dose intervals is now available to everyone 12 and older, provided that appointments are booked at least 28 days after the first dose was administered.

Information on second-dose re-booking eligibility and how to cancel appointments can be found on the health unit’s website.

Information on local pharmacies offering COVID-19 vaccines can be found on the province’s website.

One-day pop-up community clinics continue this week at select schools in the city and county. Locations, dates and times can be found on the Global News website.

As of June 26, the most recent data available, the MLHU reports 75.3 per cent of residents age 12 and older have received one dose, while 23.4 per cent are fully vaccinated.

Meanwhile, those looking to get a COVID-19 test have several options.

People can also be tested at MyHealth Testing Centre, at certain pharmacies and — if a student or staff member — at Fanshawe College and Western University.

The test positivity rate in the region stands at 1.2 per cent for the week of June 13, the most recent data available.

Ontario is reporting 299 new COVID-19 cases on Tuesday, however, officials said that due to a data review and cleanup, the numbers include 90 cases from 2020 that have been included in Toronto’s case count. The provincial case total now stands at 544,713.

According to Tuesday’s report, 130 cases were recorded in Toronto, 69 in Waterloo Region and 20 in Peel Region.

All other local public health units reported fewer than 15 new cases in the provincial report.

The death toll in the province has risen to 9,154 as 25 more deaths were recorded, 19 of which were from previous months and included as a result of the data cleanup.

Southwestern Public Health’s case tally actually decreased by four on Tuesday, as five previous cases were reassigned to other jurisdictions and one new case was added.

Of those, 3,780 have resolved, an increase of five from Monday.

The total number of deaths remains unchanged at 83.

At least 15 cases are active, with five each in St. Thomas and Woodstock. Per-municipality case counts can be found on the health unit’s dashboard.

Three people are currently hospitalized, an increase of one from Monday. One person remains in the ICU, unchanged from the day before.

The number of variant cases in the region increased by three to 810. The vast majority, at least 748, involve the Alpha variant.

All individuals age 12 and older are eligible to re-book their second appointment through the online booking portal or by phone at 1-800-922-0096 ext. 9, provided that second-dose appointments are booked at least 28 days after the first dose of an mRNA vaccine was administered.

The health unit is also still encouraging people to add their names to a same-day vaccination list.

Several pharmacies in the region are also continuing to offer Pfizer and Moderna shots.

Global News is awaiting Tuesday’s update from Huron Perth Public Health and will update this article after that data becomes available.

In the interim, the total case count stood at 1,890 on Monday, an increase of four from Friday.

Of those, 1,825 cases are listed as recovered, an increase of six from Friday. The death toll is unchanged at 57.

As of Monday, there are eight active cases.

Read more:
Over 30% of eligible Canadians fully vaccinated as daily cases fall below 500

Case counts by municipality can be found on the health unit’s dashboard.

One person was in hospital with COVID-19 as of Monday, according to HPPH.

The total number of variant cases and cases that have screened positive for a mutation consistent with a variant is now 311, an increase of five from Friday. 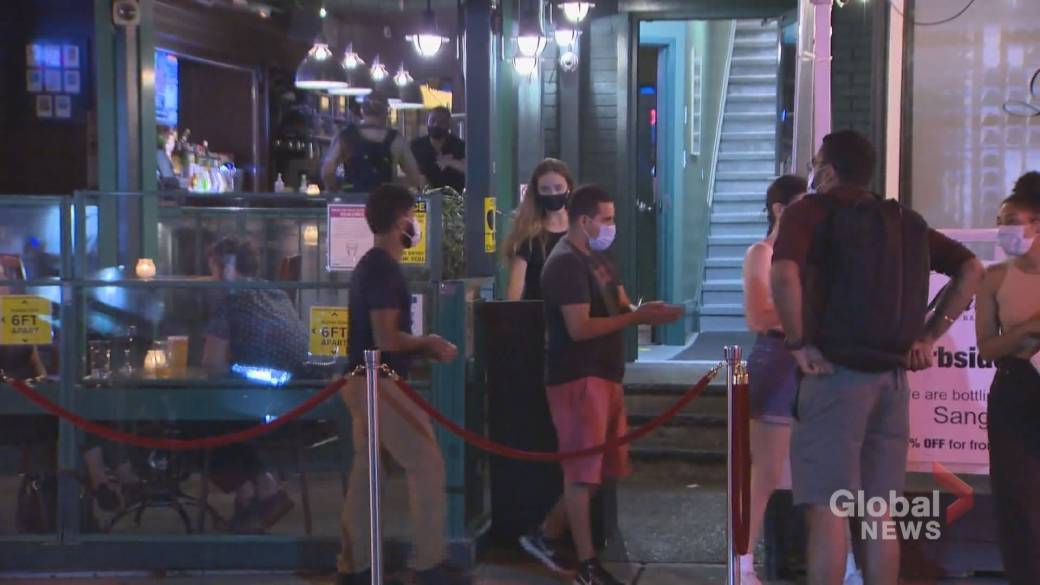 1:43
Will you have to disclose your COVID-19 vaccine status?

Will you have to disclose your COVID-19 vaccine status?

As of noon on Monday, June 28, anyone age 18 or older is now eligible to re-book their second appointment, provided that second-dose appointments are booked at least 28 days after the first dose of Moderna or Pfizer or eight weeks after a first dose of AstraZeneca. 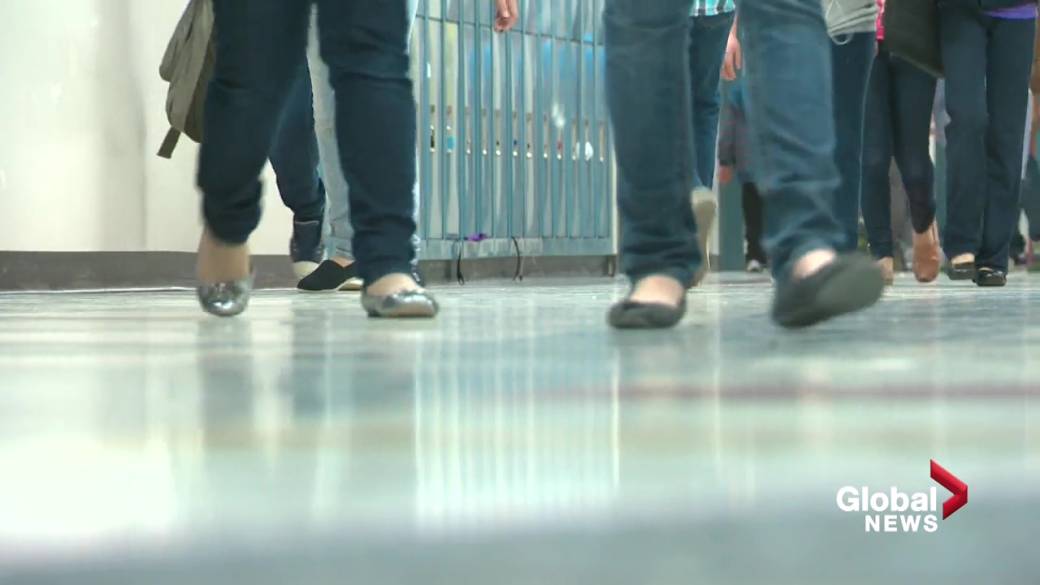 According to Bluewater Health, two patients in their care are confirmed to have COVID-19 as of Tuesday, a decrease of one.

The region’s variant case tally climbed one from Monday to 642 on Tuesday.

Read more:
‘It did help’ — Ontario woman credits vaccine with saving her life after contracting COVID-19

Second-dose re-bookings are available in the region for any adults 18 or older who received their first dose of a COVID-19 vaccine at least 28 days ago.

Residents can re-book using the health unit’s registration page. People can also call the vaccine call centre at 226-254-8222, however, call volume is expected to be very high.

Some pharmacies are also continuing to offer Pfizer or Moderna shots.

The region’s test positivity rate is 1.8 per cent for the week of June 13, the latest available data.

Previous article“What a steal, baby!”: Twitter reacts to new of Ryan Nugent-Hopkins' new deal
Next articleAlbertans asked to conserve energy as province set to break record for second day in a row amid heat wave