Public Health Ontario (PHO) has confirmed 36 B.1.617 variant cases, the so-called “double mutant” variant of COVID-19 first detected in India, have been confirmed across the province.

In a statement to Global News Friday evening, the agency said six cases were detected through its genomics surveillance program.

It went on to say 30 cases were found through Ontario’s COVID-19 screening program at airport and land border crossings and subsequently confirmed through the national microbiology lab in Winnipeg.

The agency said all of the cases were associated with international travel and identified “in the last few days.”

“PHO is continuing to actively monitor for the B.1.617 variant as well as other mutations and variants of the SARS-CoV-2 virus,” the statement said.

While not officially designated as a variant of concern (VOC) by the Public Health Agency of Canada (PHAC), B.1.617 is being treated as a “variant of interest”. And federal health officials insisted they are closely monitoring it.

“It’s a double variant or double-mutation variant because it’s got a couple of the hallmark mutations in the virus and we know that these mutations can change the behaviour of this virus,” Dr. Isaac Bogoch told Global News on Friday.

“It’s very likely that this particular variant is more transmissible but I think it’s fair to say that we don’t have all the answers.” 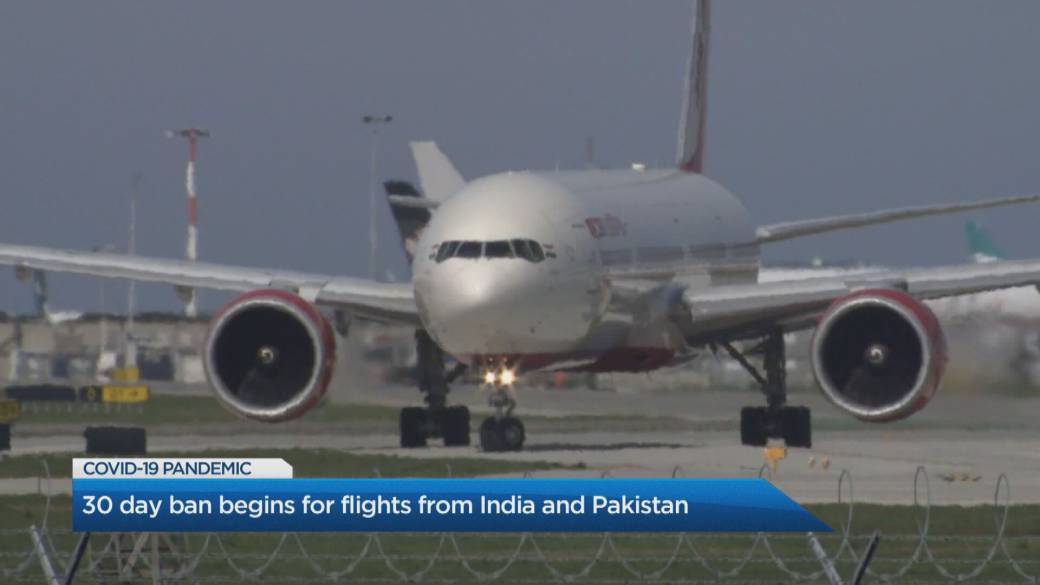 Bogoch said health officials are looking to see whether the variant causes more significant illness or if the vaccines work against it.

“So it’s a variant of interest and not concern because, we quite frankly, don’t have those answers yet,” he said.

The variant of interest is currently devastating India and its health care system, with over 300,000 cases reported alone on Thursday.

Canada implemented a ban of all direct flights from India and Pakistan into the country, effective Friday morning.

Bogosh said the plan helps to be a “barrier” and added that “without the current policies, we would have way more COVID and way more variants of concern entering the country.”

Ontario reported 4,505 new COVID-19 cases on Friday and 34 more deaths as the province grapples with a third wave.

The B.1.617 variant was initially reported in the Indian state of Maharashtra late last year with two mutations – the E484Q and L452R.

The variant is being described as a “double mutant” due to a pair of mutations that the Indian Ministry of Health and Family Welfare said may confer “immune escape and increased infectivity.”

It has quickly become the dominant version of the coronavirus in the western state.

Scientists believe the variant is contributing to the recent uptick in infections in the country.

The new strain has also been found in several other countries, including the United Kingdom, Australia, Germany, Belgium, Namibia, New Zealand, Singapore and the United States.

The E484Q mutation is similar to the E484K mutation found in the B.1.1.7 variant that was first detected in the U.K., the B.1.351 variant, which emerged in South Africa, and the P.1 variant behind Brazil’s deadly COVID-19 surge.

Experts said this mutation decreases the ability of antibodies to bind to the spike protein of the virus, making vaccines less effective.

— With files from Saba Aziz