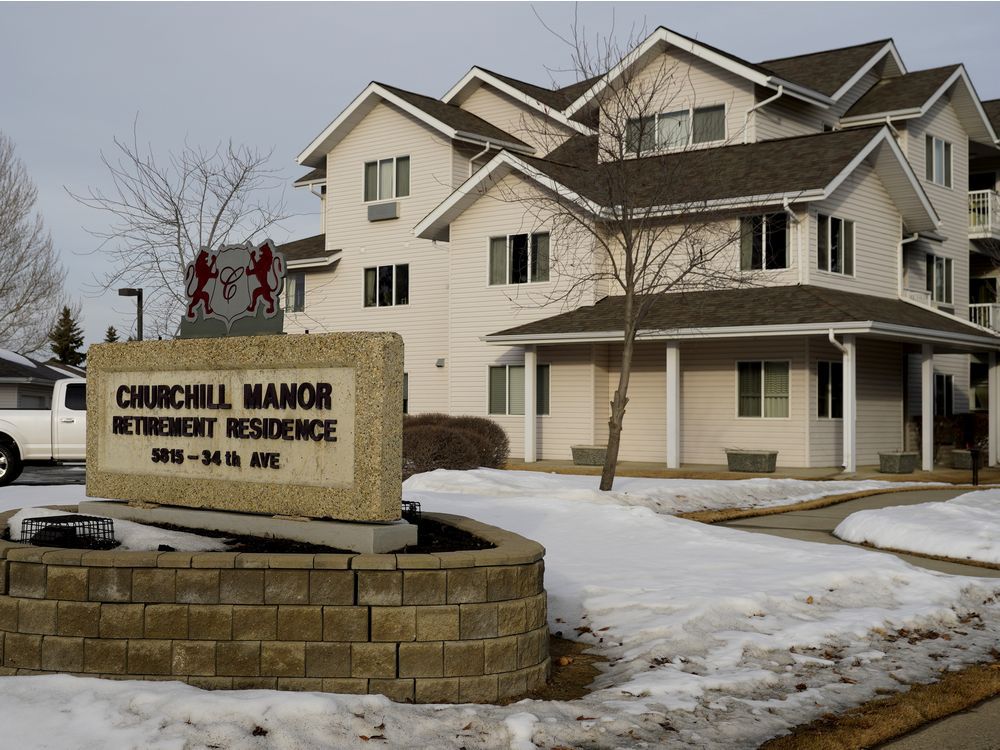 Family of seniors at a retirement facility in Mill Woods worry a decision to open dining rooms may have caused an outbreak of a COVID-19 variant, and want someone to be held accountable.

Rose Zinnick is afraid for her father, a 94-year-old resident, who is among 27 COVID-19 positive cases at Churchill Manor. Of these, 19 residents and staff tested positive for the variant by Thursday.

At a Thursday news conference, Zinnick said she doesn’t believe it’s a coincidence the outbreak happened two weeks after the dining room opened at 50 per cent capacity and some visitors were allowed in.

“I’m so angry and frustrated and disappointed,” she says. “I’m worried for my dad and I’m worried for all these other people. I just don’t understand how they could have opened things up with the vaccine two weeks away. It makes no sense.”

Zinnick said staff didn’t have answers for her about what would happen to her father if he developed symptoms and became seriously ill. She doesn’t know if he’s getting meals, if his room is being cleaned, and how they will do welfare checks.

Zinnick said her father told her residents were sitting four to a table in the dining room, and the tables were small.

“It wasn’t even the same four people designated to create some sort of bubble around the residents. Our family member had said that it was different people. Wherever it did come from, one person gets it, they sit at a fairly small table with three others, and then they rotate, so it’s no wonder that it got out of hand,” she said.

– With files from Anna Junker

Previous articleNew research aims to discover how many teachers and staff contracted COVID-19 in Canada
Next articlePremiers call on feds to boost health funds, warn of ‘post-pandemic pileup’