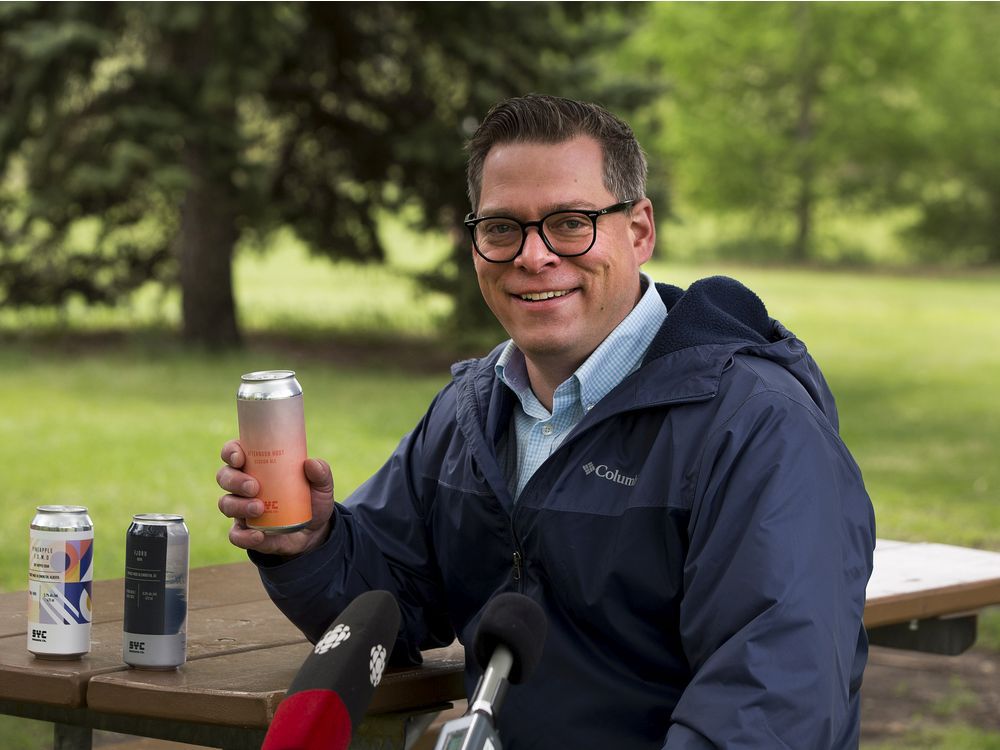 The city’s alcohol consumption pilot program launched Friday morning allowing residents to drink at 47 designated picnic sites between 11 a.m. and 9 p.m. The pilot will run until Oct. 11 when the city will then gather information about the program and report back to city council.

Ward 3 Coun. Jon Dziadyk was one of the first Edmontonians to crack open a cold one under the new rules Friday morning. He took a sip of beer at a Rundle Park picnic site right at 11 a.m. as he shared how this program will allow Edmontonians another option to gather safely outside during the COVID-19 pandemic. Currently, outdoor gatherings are restricted to five people across most of the province and indoor gatherings are prohibited.

“We are asking Edmontonians to stay close to home this summer, but are still hopeful that they will get out to explore our city,” Dziadyk said. “This change allows for a different way to enjoy our parks, while still maintaining a prohibition on alcohol consumption in a majority of park areas.”

Booze is now permitted at select picnic sites at Sir Wilfrid Laurier, Whitemud, William Hawrelak, Government House, Victoria, Gold Bar and Rundle Parks. A map of eligible sites can be found on the city’s website and they are all marked with signage.

Picnic sites include 33 locations available on a first-come, first-served basis and 14 sites that must be booked with an associated fee. Alcohol is still not permitted in any other picnic sites or park spaces unless part of an approved festival and event licence.

The launch of the pilot project follows a lengthy discussion of allowing alcohol in city parks dating back to the summer of 2019 when the idea was first brought up by the Edmonton Youth Council calling on councillors to listen liquor regulations. At the time, council decided to wait on impending rule changes from the province.

Dziadyk brought forward the idea again this spring, asking for the city to ask the public what they think about allowing public alcohol consumption. This resulted in the city’s second-most responded to survey with 71 per cent of respondents in support of allowing alcohol to make a better picnic experience.

Park rangers will be monitoring the pilot and educating residents about the rules, the city said. Residents can share there feedback about the program here.

Previous article'Could have been catastrophic': 6 1/2 years for Alberta man who fired at RCMP officers during standoff
Next articleA few thoughts on Edmonton Oilers past, present and future