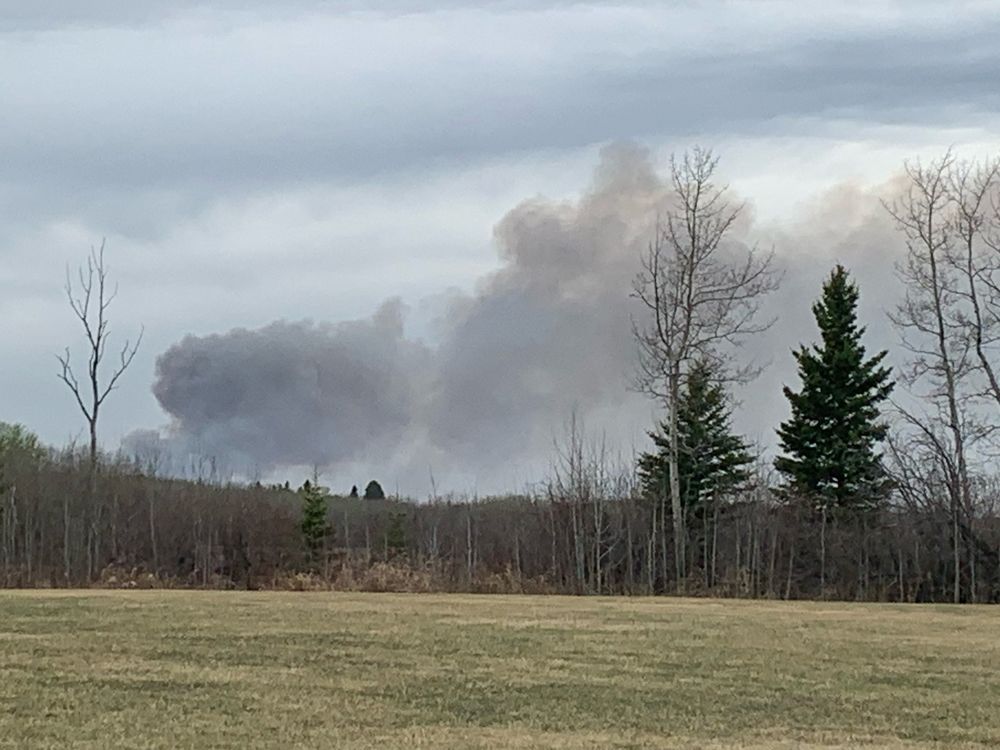 A wildfire west of Edmonton has not grown in size since Friday, but it was not deemed under control Sunday by fire crews.

Firefighters continue to battle the wildfire in Parkland County that is currently 2,220 hectares in size. It is situated between between Highway 22 and Range Road 63 and between Township Road 510 and Township Road 524.

On Sunday morning, residents of Parkland County were notified of heavy smoke in the area, west of Tomahawk and into Seba Beach and Wabamun Lake, but it tapered off later in the day. In a statement Sunday afternoon, Parkland County said the wildfire is 50 per cent contained, but it isn’t yet being held and still classified as out of control.

WILDFIRE UPDATE (May 9 @ 4:45pm)
Fire crews are working hard to address hotspots within fire perimeter. The fire remains at 2220 hectares. The wildfire is currently at 50% containment; it is not yet being held& is still classified as out of control. Smoke in the area has lifted.

The area remains in a local state of emergency and residents in the impacted area are still asked to be prepared to evacuate with limited notice if conditions change.

On Saturday, a mandatory evacuation notice was lifted, allowing residents to return to their homes. Parkland County’s director of emergency management Brian Cornforth told media on Friday that about 45 residents had registered as evacuees. The evacuation order was issued just after midnight Friday.

It was not believed that there was any damages to residences at the time, but Cornforth said a number of power poles had been destroyed.

The wildfire sparked Thursday afternoon and had been fuelled by strong winds and peat moss in the area.

“This is an area that has a lot of peat moss, it’s actually a commercially harvested crop out of this zone. So it’s peat moss that the fire has now gone into, so this will be a fire that’s a long-time fight for us,” Cornforth said Friday.

There were about 60 firefighters, 35 fire apparatuses and two helicopters helping to put out the fire.

A cause of the fire has not yet been determined.

Previous articleEdmonton weather: Sun's out, green's out
Next article‘Unfair and unjust’: why some countries have no COVID-19 jabs at all