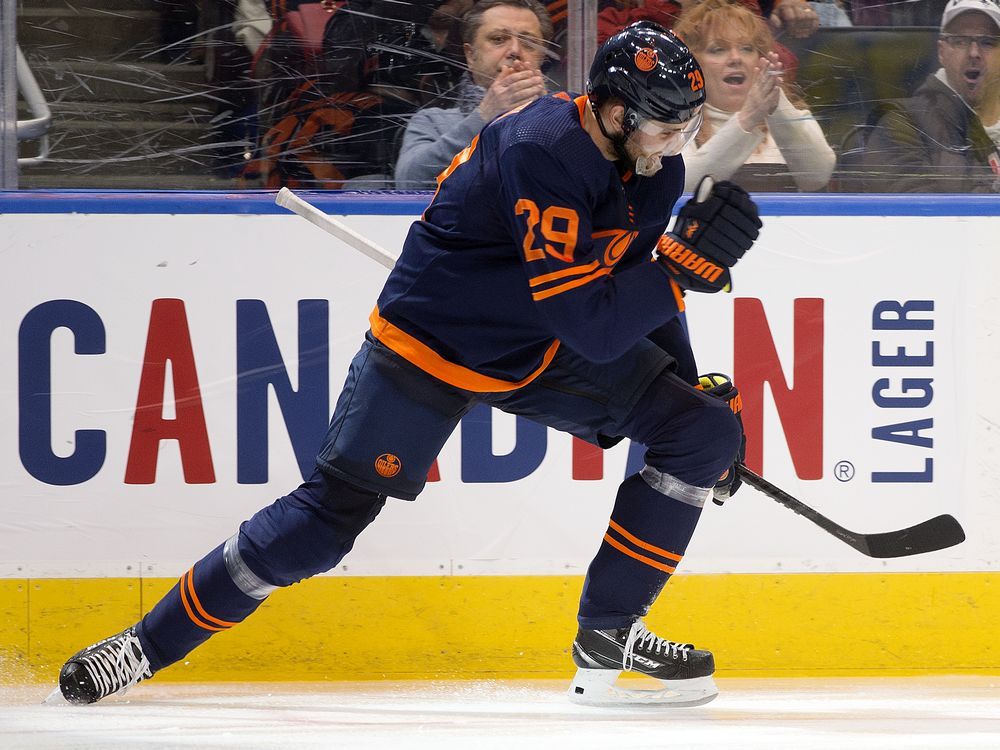 The most dangerous weapon in the NHL? Somewhere high on the list is Leon Draisaitl’s one-timer.

The Executioner Shot, I call it, for the way Draisaitl’s big-bladed stick slashes through the air towards the goalie like the scythe of the Grim Reaper.

In the last two years, Draisaitl has scored 74 goals in total, more than half of them, 39, coming by way of his Executioner’s Shot.

In the coming playoff series, finding a way to free Draisaitl to launch his lethal shot will be a priority for the Oilers, and it could well be facilitated by Draisaitl moving to a line with Ryan Nugent-Hopkins and Kailer Yamamoto.