The study released on Friday is the first to directly compare immune responses of the Pfizer shot from the three-week dosing interval tested in clinical trials, and the extended 12-week interval that British officials recommend in order to give more vulnerable people at least some protection quickly. 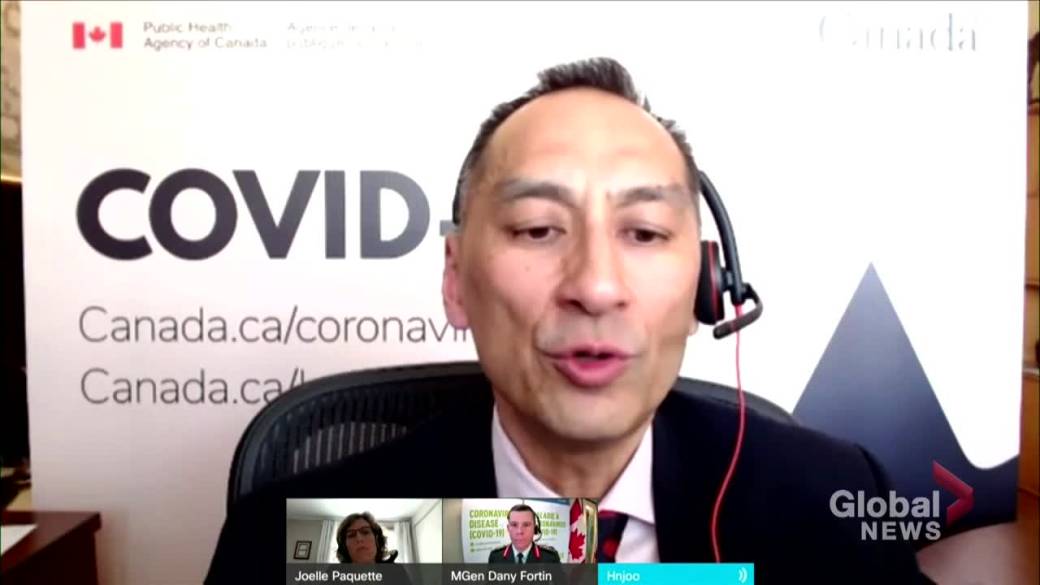 2:05
Canada will have 2nd doses of AstraZeneca COVID-19 vaccine available after many provinces pause 1st dose

After Britain moved to extend the interval between doses, Pfizer and vaccine partner BioNTech said there was no data to back up the move. However, Pfizer has said that public health considerations outside of the clinical trials might be taken into consideration.

Canada has taken a similar approach, concentrating on giving as many people as possible a first dose before giving a second, thereby extending the time between doses.

“Our study demonstrates that peak antibody responses after the second Pfizer vaccine are markedly enhanced in older people when this is delayed to 12 weeks,” Helen Parry, an author of the study based at the University of Birmingham, said.

The study, which has not yet been peer-reviewed, looked at 175 people aged between 80 and 99, and found that extending the second dose interval to 12 weeks increased the peak antibody response 3.5-fold compared to those who had it at three weeks.

Antibodies are one part of the immune system, and vaccines also generate T cells. The peak T cell responses were higher in the group with a 3 week interval between doses, and the authors warned against drawing conclusions on how protected individuals were based on which dosing schedule they received.

However, taken with data showing good protection against hospitalization and death from just one shot of Pfizer vaccine, Public Health England said the study was further supportive evidence in favor of Britain’s approach.

“The approach taken in the UK for delaying that second dose has really paid off,” Gayatri Amirthalingam, Consultant Epidemiologist at Public Health England, told reporters.