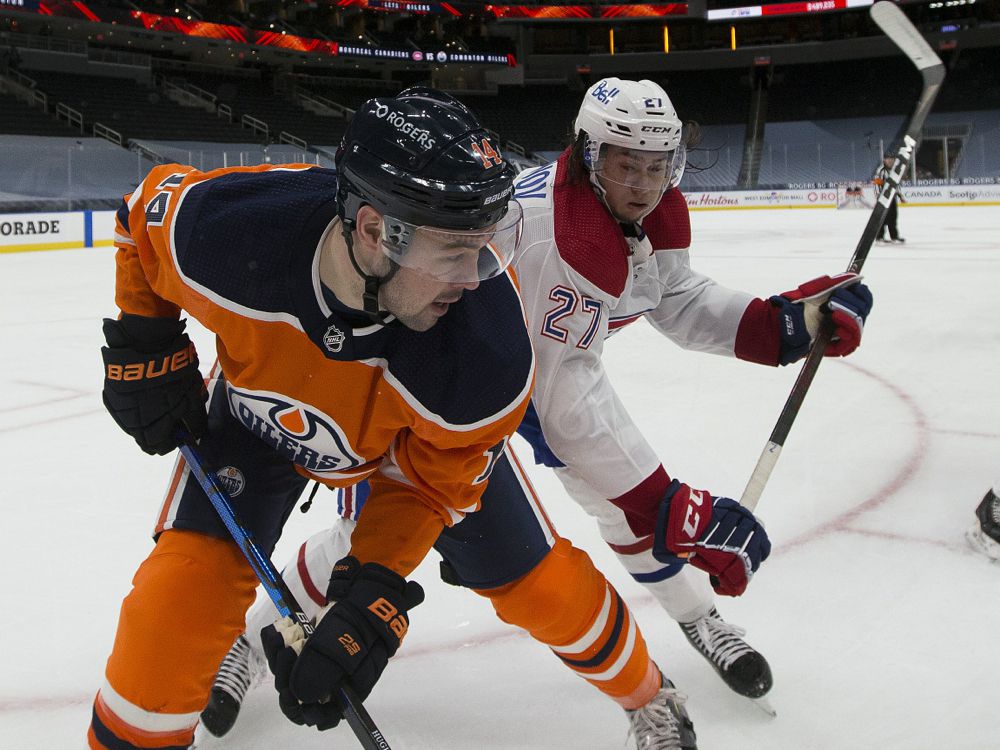 Breaking news this morning that the Edmonton Oilers have placed all-purpose forward Devin Shore on waivers.

Shore cleared waivers at the beginning of the season, the day he signed a one-year contract with the Oil at NHL minimum. Once he cleared that enabled the club to ferry him back and forth from the big league roster to the taxi squad, which they did two different times. But the statute of limitations for such freedom of movement is 30 days or 9 games played, after which the player must be waived again.

Shore has reached both of those thresholds, having played 11 games with the Oilers over the last five weeks. In his most recent appearance last night he made a superb pass to Alex Chiasson for his second assist of the season, but was also on the ice for two goals against.

Shore has played both centre and left wing, exclusively on the fourth line. He’s averaged 9 minutes per game, 1:12 of that on the penalty kill, scoring 1-2-3, -2. His underlying numbers are poor: the Oilers have been outshot 52-22 (!) and outscored 5-1 during his 83 minutes at even strength, for shot and goal shares of 30% and 17% respectively.

On the penalty kill he scored a nifty shorthanded goal against the Habs but has also been lit up for 3 goals against in 13 shorthanded minutes. It’s fair to label his overall contribution to this point as “replacement level”.

With the Oilers carrying an excess of defencemen on the active roster, they have been running with exactly 12 forwards this last while, resulting in an abundance of movement from taxi squad to main roster and back. The waiver of Shore signals that he will be next to come out of the line-up, presumably to make way for James Neal (who recently cleared waivers himself) or possibly Joakim Nygard. The latter recall is more problematic in that Nygard was also waived at the start of the season, meaning he will need to clear again the next time he is sent down. So Ken Holland’s first choice might be to leave the Swede safely stashed on the taxi squad while he pursues other alternatives first.

It’s a tough row to hoe for depth players like Shore, Nygard, or Neal for that matter. And not entirely fair given the struggles of some full-time players, notably Kyle Turris who remains an every night regular despite poor results that have seen him work his way down, but not quite out of, the line-up.

Shore will be on waivers for 24 hours, and his fate will be known tomorrow morning at 10:00 MST. Not impossible the 26-year-old forward will be claimed, given his NHL minimum salary and his 299 games of big-league experience.