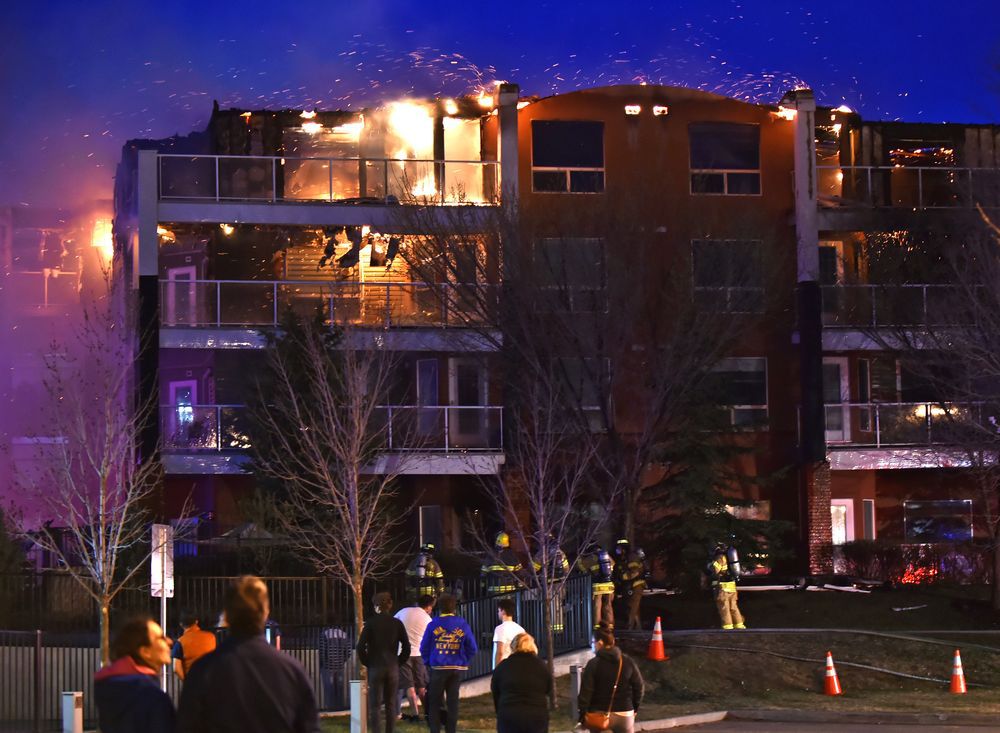 Seniors forced from their homes by a devastating fire at a St. Albert care home have started the process of being placed in new homes, says the facility’s operator.

Dozens of people were forced from their homes last Thursday as a fire tore through Citadel Mews West in the community north of Edmonton last Thursday. The blaze lit the night sky as it tore through the building while residents and neighbours watched firefighters battle the blaze. Everyone living at the home made it out of the building and most were temporarily moved to the St. Albert Inn.

Brian Farrell, CEO of Christenson Communities, the operator of Citadel Mews West, said there were 38 assisted living units and 51 independent units at the facility. He said 13 assisted living residents have been re-housed by Alberta Health Services with a further 25 will be moved in the coming days.

For those living in independent units, Farrell said Christenson has enough vacancies at other facilities in the Edmonton-area to re-house anyone who wants to stay with the company. He said those individuals will have to work with their insurance companies to replace lost furniture.

“We could probably move them all into new suites right away if they choose Christenson. Some of them will not want to move from St. Albert,” said Farrell.

He said the fourth floor of the south side of the building is completely destroyed while the other floors are severely damaged. The north side of the building sustained severe smoke and water damage. He said that smaller items from many of the water and smoke damaged units can be salvaged and cleaned and that residents could soon be able to view the damage to their apartments virtually.

“We’re making arrangements for people within the next week or two, not for them because we don’t want residents in the building but for their insurance to go in and box up all their personal belongings and get them back to them,” said Farrell.

Alex Cunningham, a spokesperson for the City of St. Albert said the investigation into the fire is ongoing and a cause has not yet been determined. There is no estimate for the cost of damages.

Farrell said he has been told the fire was accidental, not criminal in nature. He said he is now waiting to hear from the facility’s insurance company to hear if the building is a complete write-off or if parts can be re-built.

“They have to determine whether the building is a knockdown or whether some of it can be salvaged. That’s the key decision,” said Farrell.

He said the plan is to have a Christenson facility re-built in the same location at some point down the road.

Meanwhile, Blair Halliday, who runs the neighbouring Citadel Care Centre nursing home that was also evacuated, said all of their residents were placed in other nursing homes in the region the following day. He said they are working with AHS on getting everyone back into their homes.

“The decision to evacuate, you know, was made by the fire department, but it was done by police, staff, resident families, and people coming in off the street,” said Halliday. ” I was just very appreciative of the work everyone did.”

Previous articleCOVID-19 have you sitting more? Here’s how to ease back into a fitness routine
Next articleAlberta justice minister apologizes after accusing feds, provincial NDP, media of wanting COVID-19 disaster