Does Air Canada owe you a refund because of COVID-19? Here’s how to get it

Over a year into the COVID-19 pandemic, Air Canada passengers are finally getting their money back.

The refunds come in the wake of a nearly $6 billion financial support package that the federal government announced Monday to help prop up the airline industry, which was hit hard by the pandemic.

But the funds don’t come without strings attached.

“The conditions for Air Canada to receive this support are very clear,” said Prime Minister Justin Trudeau in a Tuesday press conference.

“They will ensure that regional communities have air connections to the rest of Canada, they will refund their customers for pandemic-related cancellations, they will commit to protect jobs, pensions, and collective agreements, and they will restrict executive compensation, buy back shares, and dividends.” 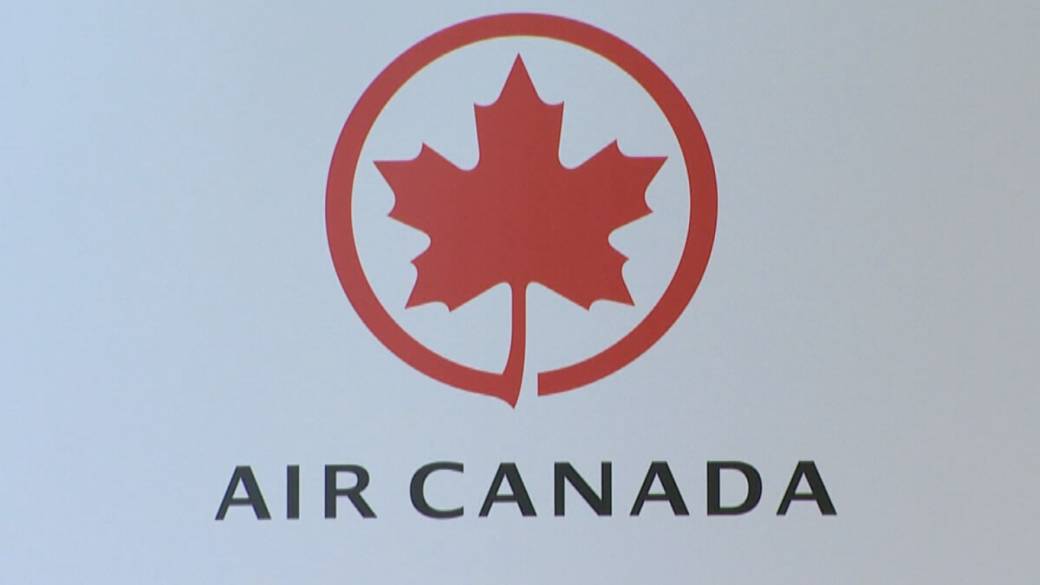 For the customers who have been waiting over a year to get reimbursed for the costs of their cancelled flights, the announcement was a welcome one — if a bit late.

Am I eligible for a refund?

Before passengers can get their hands on any cold, hard cash, they’ll have to make sure they’re actually eligible for a refund. The criteria is pretty broad: refunds are available for any passengers who had their flights cancelled — or cancelled it themselves — due to COVID-19.

The refunds are only available for cancellations from February 2020 onwards, and requests for refunds have to be made by the June 12, 2021 deadline.

Customers don’t have to have bought their tickets directly from Air Canada to get the refund, either. People who booked through third party websites or used Air Canada Vacation packages can also get their money back. 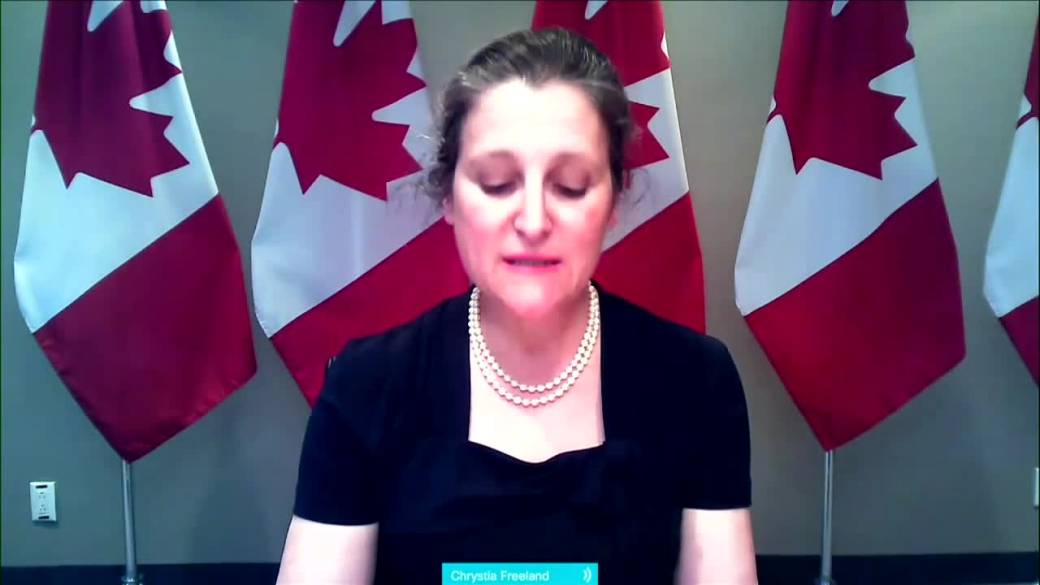 Anyone who buys a non-refundable ticket after today also has the option of a getting a refund if their future flights are cancelled or rescheduled by more than three hours.

However, Air Canada appears to be moving towards covering themselves off from future refund payments, warned Air Passenger Rights President Gabor Lukacs.

“They’re putting out terms and conditions which say during the pandemic, we can cancel your flight, blame it on the pandemic and pocket your money,” he said. 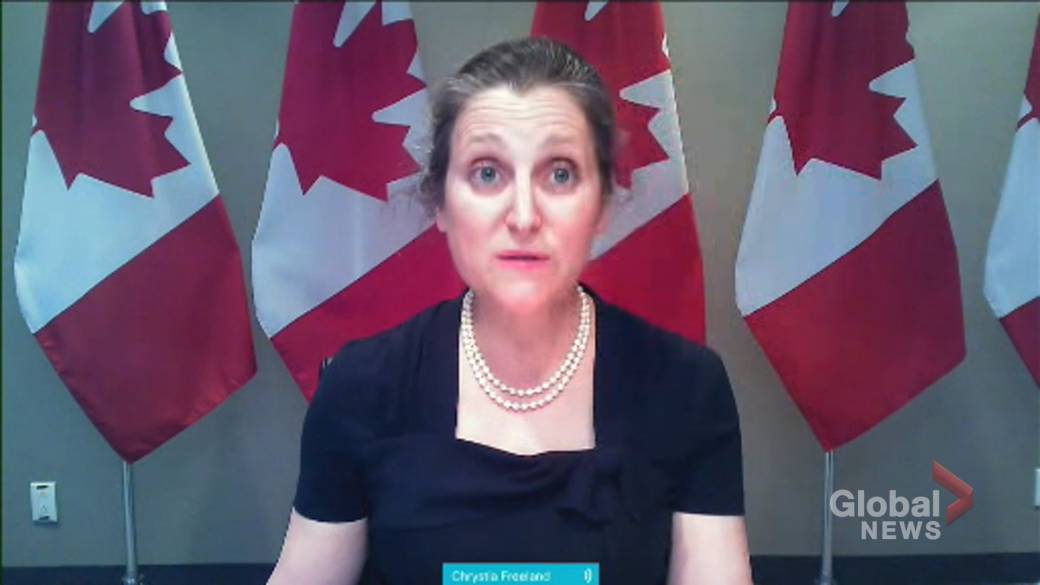 Lukacs was referring to new conditions detailed in Air Canada’s domestic and international tariff general rules, which were updated on Tuesday.

“Exception: No Involuntary Refund is owed if the cancellation or delay outside of Air Canada’s control was caused by a force majeure event of widespread magnitude and intensity,” read the new wording.

Still, multiple users on Twitter reported receiving their refunds on Tuesday, meaning even if this new exception is at Air Canada’s disposal, they aren’t using it — yet.

How do I get my money?

For the folks who fall into the eligible criteria, the next step is to actually try to get their money back. Air Canada has fired up a website where users can answer a series of questions to get the funds back in their bank accounts.

If you used a travel agent to book your flight, though, you’ll have to go through them.

“We are committed to processing refunds as fast as possible,” read a release from Air Canada.

The website has steps for passengers to follow depending on whether they had previously been refunded in the form of a voucher or hadn’t yet taken any steps to recoup the cost of their ticket.

“Air Canada has already begun accepting and processing refunds for customers. The steps are very simple and customers can submit their request online if they purchased from Air Canada,” wrote a spokesperson for Air Canada in an email to Global News.

On the website, Air Canada guides the user through the process of claiming their refunds — though the process hasn’t been without bumps in the road. Users have taken to social media all day to flood Air Canada with complaints as they navigated the refund process.

Some users said they never actually got a  number for the vouchers they were initially issued instead of refunds, and therefore couldn’t input it in the system to claim their cash. Others said the website wasn’t accepting their booking numbers.

I’ve been trying for over a year to get a partial refund (I’m pretty sure you have my file).
Now I enter the original booking number, get an error.
Then enter the new booking number I was forced into because of an AC systems failure and it also returns an error. Great!

Air Canada’s team was active throughout the day responding to the concerns on Twitter.

“They responded to my tweet, asked me to DM my details, the. Within 10 minutes sent me a receipt for my refund,” wrote Twitter user Cherise Letson.

However, others had less luck with the process.

“They told me they’d look into my refund 4 hrs ago,” wrote Samantha Kemp on Twitter.

Will I actually get my money?

Kemp and her mother had a flight to Miami scheduled for April 2020. When COVID-19 quashed their travel plans, Kemp rescheduled the fight for August. She had hoped, like many people, that the pandemic would be over by then.

In addition to that, she said, the airline had told her she could only rebook her flight within a year of her initial cancellation.

The August ticket was cheaper than her April ticket, but Kemp decided it didn’t matter — she was still going to get to Miami. 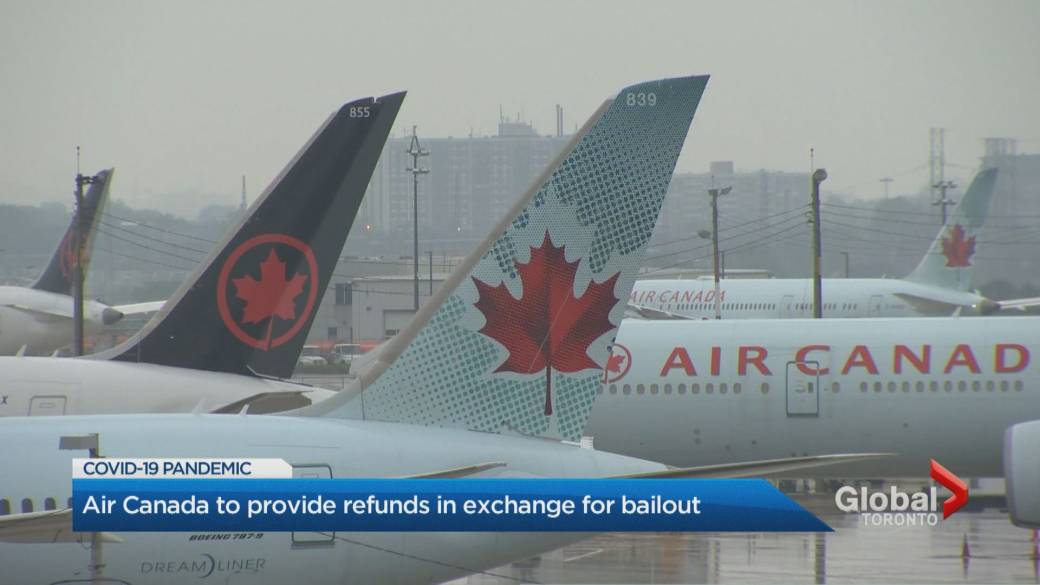 When COVID-19 stuck around, Kemp ultimately cancelled the rebooked flight as well. But when the time came to claim her refund on Tuesday, she was only refunded for the August ticket price of $347 per ticket, rather than the $376 per ticket she had actually paid back in August.

While she’s still pushing for a full refund, the experience has left a sour taste in Kemp’s mouth.

“It’s clear that Air Canada cares more about the dollar than the customer,” she said.

“You owe it to us to give us our money back. It was in our right. And you sat on your hands until the government got involved and said, ‘We’ll only give you help if you give the money back.’ So basically, we were pawns in this game.”

However, not everyone had the same frustrating experience. One Twitter user wrote that he found the website easy to use and quickly received confirmation.

“This form worked well for me the first time I tried it. It loaded promptly and sent a confirmation email within 15 minutes. I feel reassured I’ll get my refund when my dates come up,” he said.

Still, for Kemp, she’s run out of patience with the company.

“I would rather take a three city connecting flight on a different airline than try and fly Air Canada again, after this headache,” she said.

Who is paying for my refund?

Because the refund announcement came in tandem with the government’s decision to loan Air Canada nearly $6 billion, critics were quick to point out that the taxpayer could be seen as footing the refund bill.

“The refunds are being funded by the public purse, not by the shareholders money,” said Lukacz. 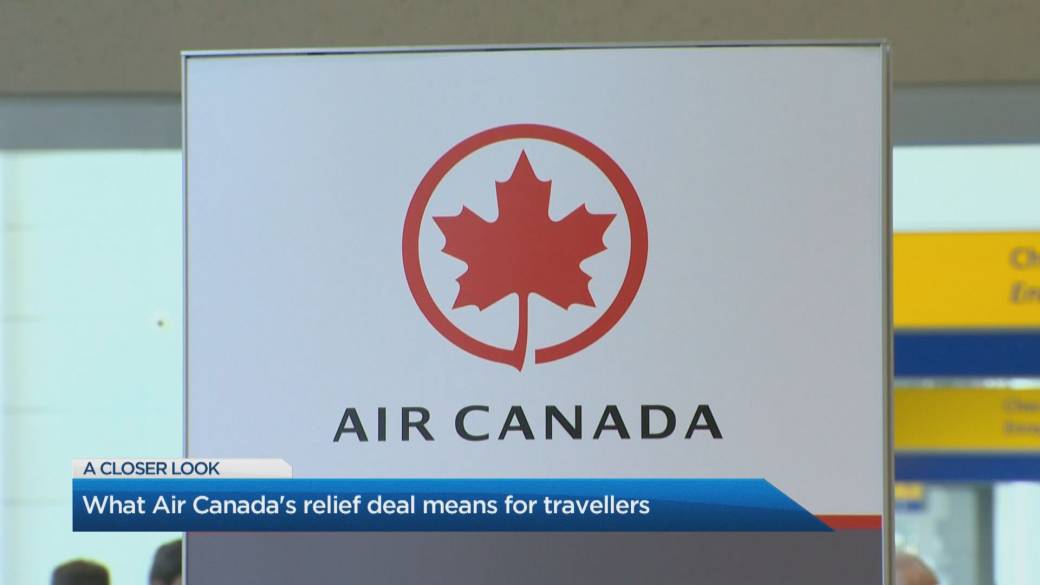 However, Finance Minister Chrystia Freeland has been quick to point out that the package contains about $4 billion in loans that Air Canada will have to pay back within five to seven years — with interest.

“This is a loan facility and the government of Canada fully expects to be paid back.”