Does AstraZeneca’s COVID-19 vaccine cause blood clots? Here’s what we know so far

“At each stage of what we’ve been doing, our public health and scientific experts do inspect and analyze the vaccines and they keep collecting data on AstraZeneca and they guarantee us that all vaccines which are distributed in Canada, including AstraZeneca, are safe,” he said.

Trudeau’s comments come as the world grapples with whether to use the AstraZeneca vaccine, whether it causes blood clots and how to combat those adverse side effects while still trying to clamp down on the spread of COVID-19 as fast as possible.

His words echoed that of health officials’ throughout the country, encouraging Canadians to get vaccinated as quickly as possible, insisting that a specific batch of the vaccine at the centre of a probe led by European Medicines Agency (EMA) had not made its way to Canada.

“The best vaccine for you is the first vaccine that is offered to you, and that’s the one you should be taking, because that’s how we’ll get through this pandemic as quickly as possible,” he said.

Does AstraZeneca’s vaccine cause blood clots?

So far, experts maintain that there is no evidence to suggest the AstraZeneca vaccine causes blood clots.

Several countries including Denmark, Norway, Iceland, Italy, France, Germany, Ireland and others within the European Union have temporarily suspended the use of AstraZeneca’s vaccine as a precaution while the EMA conducts its investigation.

The results of the investigation are expected Tuesday.

Denmark announced its suspension on Thursday after a 60-year-old Danish woman developed a blood clot after vaccination and died 10 days later.

In a statement issued late on Sunday, the Danish Medicines Agency said the woman had developed “highly unusual” symptoms after receiving the vaccine, including a low number of blood platelets, clots in small and large vessels, and bleeding. 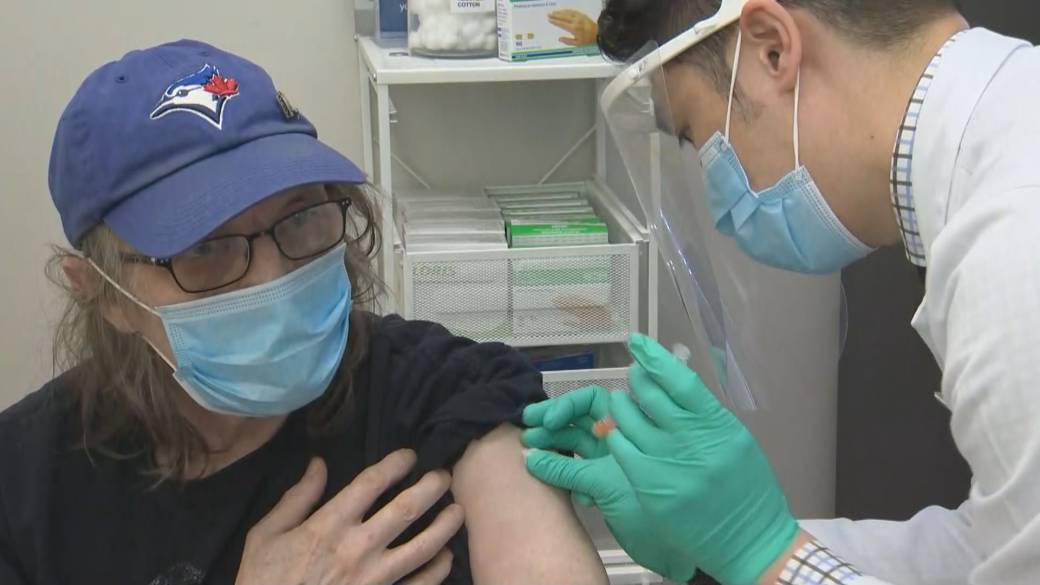 European countries including Norway and Austria reported similar adverse side effects in patients who had recently received the AstraZeneca vaccine.

Norwegian health authorities said Saturday that three people under the age of 50 were being treated in-hospital after receiving their shots, while in Austria, officials said a 35-year-old woman who was administered the vaccine was recovering after developing a pulmonary embolism caused by a dislodged blood clot.

As of Wednesday, the EMA said it 22 people had reported formed blood clots out of 3 million who had received AstraZeneca’s vaccine.

Authorities suspect the issues stem from a specific batch of the shot manufactured in Austria, but health officials insist there is no evidence the side effects were caused by the vaccine.

AstraZeneca reiterated on Sunday that its vaccine does not cause blood clots. Following a review of more than 17 million people who had received the company’s vaccine in the EU and United Kingdom, the pharmaceutical company said there were only 37 cases involving blood clots.

“A careful review of all available safety data of more than 17 million people vaccinated in the European Union and UK with COVID-19 Vaccine AstraZeneca has shown no evidence of an increased risk of pulmonary embolism, deep vein thrombosis or thrombocytopenia, in any defined age group, gender, batch or in any particular country,” the pharmaceutical company said.

Read more: A look at the difference between COVID-19 vaccine efficacy and effectiveness

Why wouldn’t this appear in the clinical trials?

The AstraZeneca vaccine’s success was always going to vary from the efficacy rate determined during its clinical trials.

Children, as well as people with underlying health issues or certain types of medication, are usually excluded from clinical trials even though those demographics will likely receive the vaccine, and any side effects found are closely monitored, he said.

In the case of AstraZeneca’s clinical vaccine trials, the efficacy was based off of whether participants in a vaccinated group saw a higher reduction in cases than the unvaccinated (or placebo) group during their respective trials. 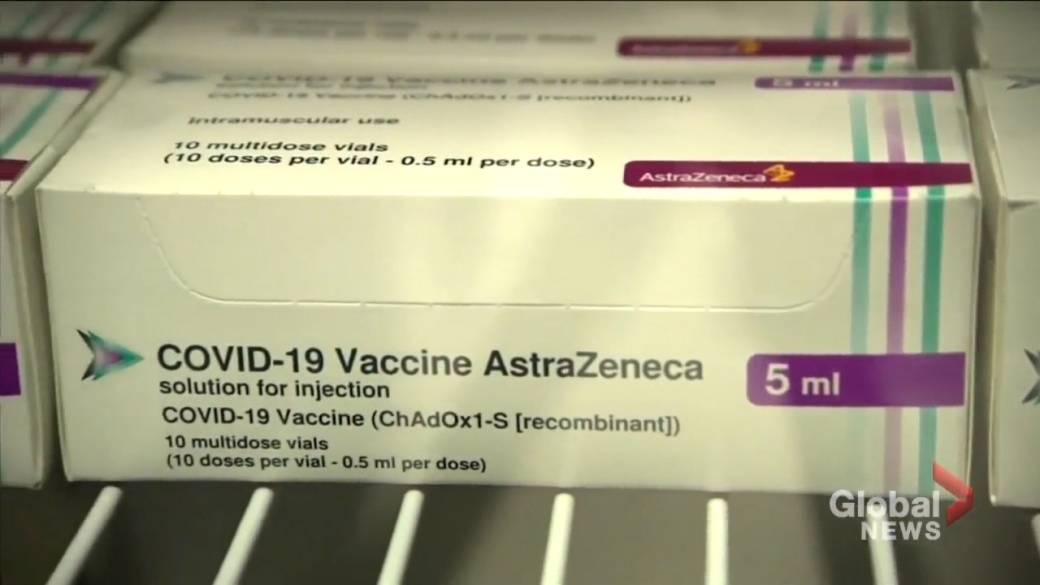 Dr. Horacio Bach, an infectious disease specialist teaching at the University of British Columbia, said it would be “very premature” to specify the exact cause of the blood clots until further investigations were conducted, but offered several possibilities ranging from a small faction of the population that was excluded from the clinical trials to a simple “bad batch” of the vaccine that was distributed to countries in the EU.

“These clinical trials are incredibly expensive. We’re talking about billions of dollars, so you cannot go for everyone. A small population that specific with blood clotting issues is very small (when compared to the) full population,” he said.

“There are a lot of factors that I think it’s very early to blame the critical time in the clinical trial.”

Bach noted that the blood clots could be a coincidence, having nothing to do with the vaccine at all. However, he also said problems could have arisen in the vaccine’s distribution or storage, causing adverse side effects in a specific batch.

Just as “you have recall of cars because they have problems with the brakes or the airbags, it may have been as well that the vaccine is a bad batch for some reason,” he said.

However, Bach emphasized it was important to wait for clear evidence before coming to any definitive conclusions.

“We have to be patient for all these investigations. It takes time,” he said.

Canada still on board.

In the meantime, Canada is standing by the AstraZeneca vaccine, pending the results of the investigation.

Health Canada said in an emailed statement to Global News on Sunday that, at least for now, “the benefits of the vaccine continue to outweigh its risks.”

“Health Canada authorized the vaccine based on a thorough, independent review of the evidence and determined that it meets Canada’s stringent safety, efficacy and quality requirements,” the agency said.

AstraZeneca Plc agreed to supply Canada with up to 20 million doses of its AZD1222 vaccine in September. Canada’s initial 500,000 doses of the vaccine have been manufactured by the Serum Institute in India, and the rest will start to arrive in the spring.

“Like anything else, if there’s a potential adverse effect from a vaccine or a drug, you can’t sweep it under the rug. You’ve got to investigate. You’ve got to take it seriously,” said Dr. Isaac Bogoch, an infectious disease specialist based out of Toronto General Hospital.

“On the other hand, we also have to put this into the appropriate context. There’s been tens and tens of millions of doses of this vaccine administered, and it’s not really clear that there’s a true signal amongst the noise.”

He added it would be “very prudent” for the federal government to keep a close eye on the impending investigation results, but to continue its plan to administer the vaccine in the meantime.