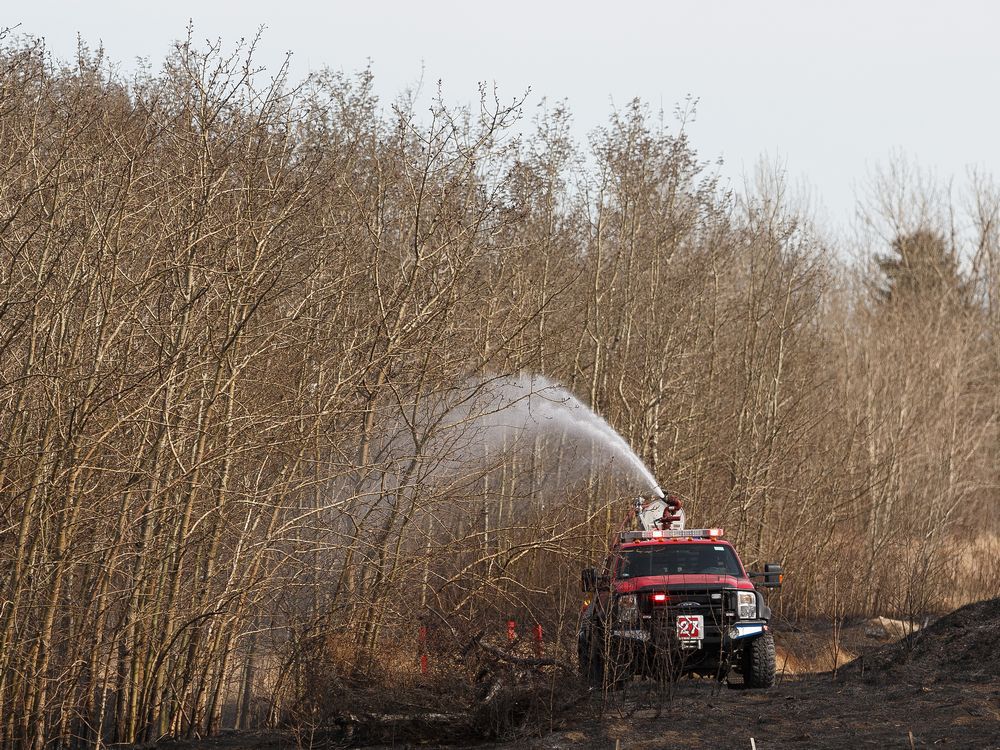 The decision was based on the Fire Weather Index (FWI) as well as the “progressive green-up of vegetation” which has yet to occur, said a City of Edmonton news release issued late Friday.

The FWI indicates overall fire danger and looks at weather data such as temperature, humidity, wind speeds and precipitation. On Friday, the FWI for Edmonton was classified as high.

“In early spring, there is a heightened risk in natural areas and great caution is necessary by people using these areas. Carelessly discarded smoking material can have a devastating effect in these dry conditions.”

Compliance will be emphasized over enforcement, however, anyone that doesn’t comply may be subject to fines or charges if there is a safety issue.

“If this spring continues to provide warm and dry conditions resulting in extreme FWI values, a fire ban may be implemented,” the release states. “A fire ban would prohibit the use of backyard fire pits, cooking stoves in parks, and barbecues using solid fuels such as wood and briquettes.”

The restriction will remain in effect until further notice, and EFRS will continue to monitor the Fire Weather Index.

Gas and propane appliances such as barbecues, stoves and fire pits are still allowed.

According to Leduc County, a fire restriction was issued because of the dry conditions and to minimize firefighters’ risk of exposure to COVID-19.

Under an advisory, fire and fireworks permits are suspended.

Currently, 12 wildfires are burning in the Forest Protection Area. Eight are under control while four have been turned over to the responsible party.

Since March 1, the beginning of Alberta’s fire season, there have been 60 wildfires in the Forest Protection Area, burning a total of 47.32 hectares.

The five-year average for this time period is 67 wildfires burning just over 100 hectares.