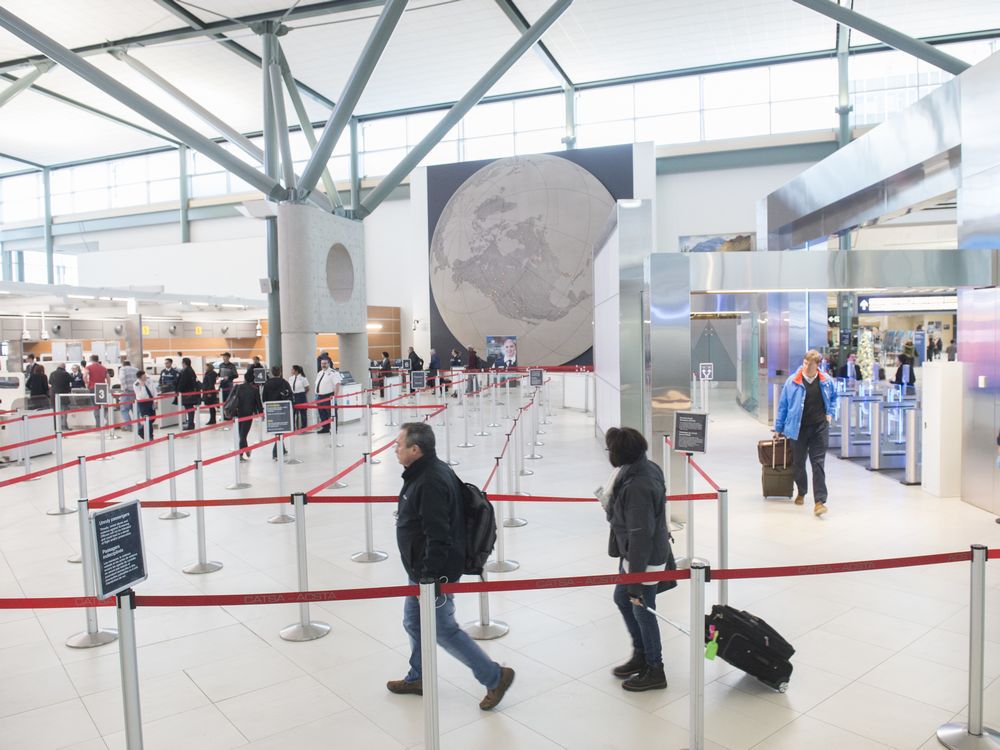 Hundreds of Edmonton International Airport staff are better equipped to spot human traffickers following the implementation of a new training program by the RCMP.

The program, which was launched in January in partnership with the Action Coalition on Trafficking (ACT) Alberta, aims to bring more awareness to human trafficking practices as well as looking for red flags. The training is for not only airport staff but for businesses in the area including at rental agencies and hotels.

RCMP Const. Kristin Appleton, who helped spearhead the initiative, said the goal was to originally have 200 employees trained by the end of April but she expects that number to be as much as 500 because of the level of enthusiasm people have had.

“(It’s) been a huge success,” she said. “I think a lot of it has to do with people just really taking an interest because it’s not something a lot of people really know about. What’s kind of cool about the awareness training is that it touches a lot of people personally. When they hear about these stories, they hear how young victims are groomed and recruited into the sex trade and things like that.”

Human trafficking involves the recruitment, transportation or harbouring of someone or the controlling of their movements for exploration, according to the Criminal Code of Canada. In November, the Alberta Law Enforcement Response Team’s (ALERT) human trafficking unit charged a couple in their 50s with human trafficking after girls and women were procured for sex in the Edmonton area.

“Someone is brought over and they think that they’re coming to work in a kitchen and then they’re brought out on a farm (where) they’re forced to pay recruitment fees, which is against the law,” she said. “Their passports and identification may be taken away and that’s also against the law. They could be working in very dangerous conditions without PPE.”

Appleton said there’s no one red flag for someone to watch out for but multiple that may catch someone’s eye. It could be the amount of luggage someone has doesn’t match the trip they’re taking or a child not acting as one would expect. She said what’s most important is for staff not to intervene but instead take down as much information as possible and notify law enforcement.

Appleton said while she’s moving back into her role with missing persons, she’s willing to hold more training presentations.

Steve Maybee, the vice president of operations and infrastructure at the Edmonton airport, said in a statement that they’re committed to participating in the program.

“Health, safety and security are our top priorities and we work closely with all police and security agencies to identify and stop criminal activity at our airport,” he said. “We look forward to further working with RCMP and ACT Alberta to educate our staff and stakeholders about these trafficking concerns.”