Edmonton approves funding to support daytime services for the homeless 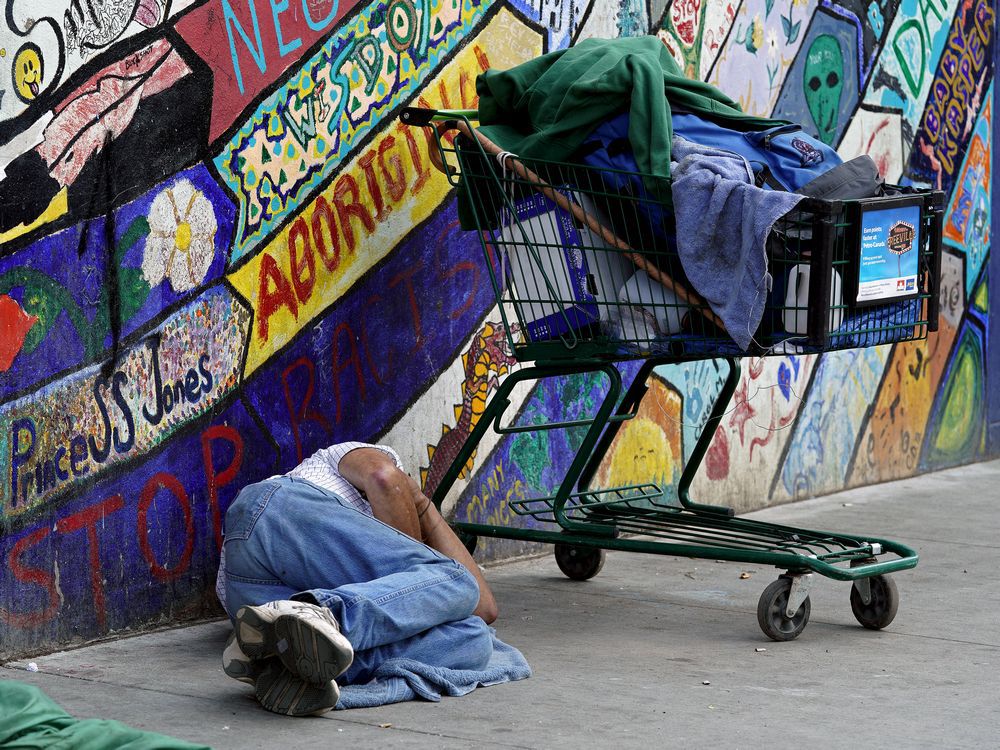 Edmonton city council has agreed to provide additional funding to support daytime services for the homeless but stopped short of creating a new temporary drop-in shelter along 105 Street.

During Monday’s executive committee meeting, council agreed to provide up to $2.4 million to the Bissell Centre and up to $564,704 to the Boyle Street Community Centre to address gaps in the services, which include offering meals, assistance finding housing and mental health supports.

Boyle Centre’s hours of operation will be from 8 a.m. to 4:30 p.m. while Bissell Centre’s expanded hours will be from 7 a.m. to 9 p.m. Both will operate seven days a week. The agreements begin on May 1 and run until Oct. 31 with the option to extend up to six months if needed.

The additional funding is meant to help alleviate some of the city’s homeless issues, which have become worse since the start of the COVID-19 pandemic. About $7.5 million was approved early in April to address service gaps.

The city was also considering spending up to $4.04 million on a temporary drop-in centre at a municipally owned building on 105 Street and 105 Avenue but following heated criticism from business owners, council voted to look at other options at their next meeting on May 3.

Ward 6 Coun. Scott McKeen, who supported the two other agreements, said he couldn’t support creating a new shelter as he believed the city should have looked are more options. He said all organizations from police to outreach workers need to work together to help not only people in need but businesses as well.

“There’s a point where I have to worry about the morale of the neighbourhood,” McKeen said. “I think the morale of the neighbourhood is really fragile. As their representative on council,…I have to stick with them. I’m not doing that because it will gain me any more votes in the next election because I won’t be in the next election. I’m not sure we have done all we can or done enough or (have been) creative enough on this whole issue.”

Mayor Don Iveson, who recommended splitting the three agreements up into separate votes, said the city needed to do something in order to prevent homeless encampments.

“If there are other things we should try than fixed-bases of operations to deliver services then I’m all ears,” he said. “We need to do something for the folks who are coming out of the 24-7 (shelters). The fact that we didn’t do that last year, I think, was a contributing factor to the growth of encampments. We cannot allow that to happen again this year. It is not safe and dignified for folks depending on places to gather and accessing services.”

Prior to the vote, businesses raised concerns over possible impacts to the area including safety and cleanliness.

Laurene Viarobo, the executive director of the North Edge Business Association, asked the city to be cautious about taking any action that could possibly hurt efforts to transform the area. She said there has been a lot of movement to reinvent the district including looking at bringing in sidewalk patios.

Viarobo said patios may be commonplace in other parts of the city such as Whyte Avenue but not along 107 Avenue.