Edmonton-area testicular cancer survivor shares his story, reminds others to get checked 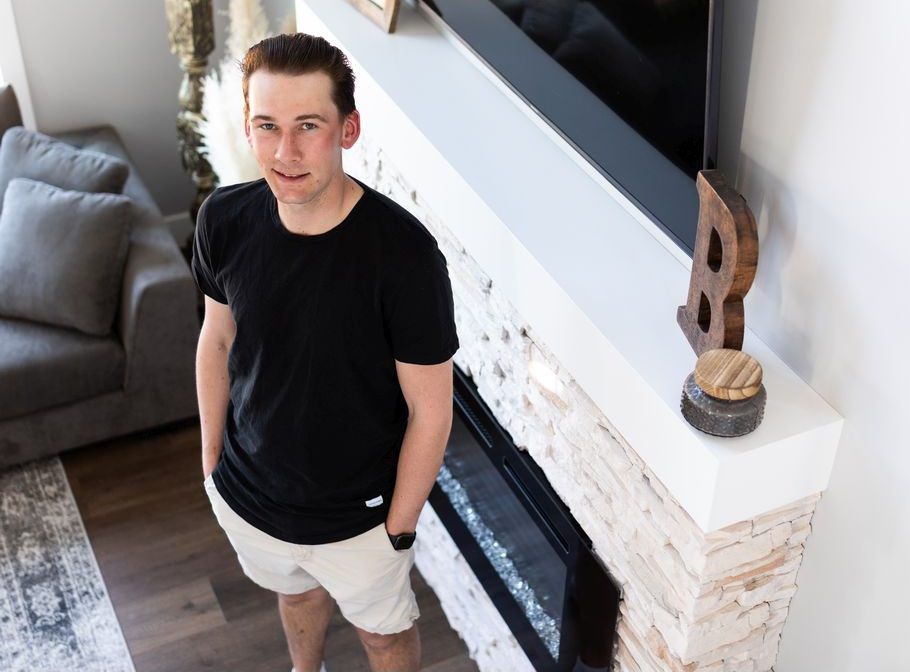 April is Testicular Cancer Awareness Month and survivor Ty Bettac is reminding other young men of the importance of regular screening.

In September 2018, at 23-years-old, Bettac said he began feeling pain in his pelvic region. Bumping up against kitchen counters felt funny and he also noticed one of his testicles growing larger.

Eventually, he mentioned it to his fiancé who said he should get checked by a doctor. He was immediately sent for an ultrasound.

“I went and got my ultrasound but then after that, they called pretty quick and said this didn’t look overly good so I got recommended to a urologist,” Bettac said.

Within a week the Fort Saskatchewan man saw a urologist at the University of Alberta Hospital. He was scheduled for surgery on Oct. 31, 2018, to remove his right testicle.

“He said they’re not sure if it’s cancer or not, they think the likelihood is it probably is cancer, but either way, whatever the issue is, they have to remove it,” Bettac said.

Following the surgery, the biopsy report confirmed it was cancer and Bettac was referred to the Cross Cancer Institute. His first checkup there went well, but by the second the cancer had travelled to his lymph nodes.

“That’s kind of the most likely area that it will travel to when you have testicular cancer as a young man they say,” Bettac said. “They’re expecting that and that’s why they do the X-rays and CT scans and everything. I ended up going through a month of radiation there in May of 2019.”

Since then Bettac has been going for check-ups every four months and has so far been in the clear.

But at the time of his diagnosis, Bettac said getting cancer was not a thought that ever crossed his mind.

“I’ve always worked out and I played a high level of hockey. I never smoked or used any tobacco products and I’m a healthy eater,” he said.

According to Testicular Cancer Canada, testicular cancer is the most common cancer in young Canadian men between the ages of 15 to 35. It’s also the most treatable if caught early.

Bettac said because of his experience, his friends now get checked anytime they feel something is off. He said the key is early detection and other young men shouldn’t feel “too shy or too macho” to go get checked.

“The best thing that could come out of going is you get checked and they say ‘hey, nothing’s wrong you’re good to go.’ That’s what the doctors are for and they’re strictly professional,” he said.